The Surprising Benefits Marijuana Has On Your Sex Drive 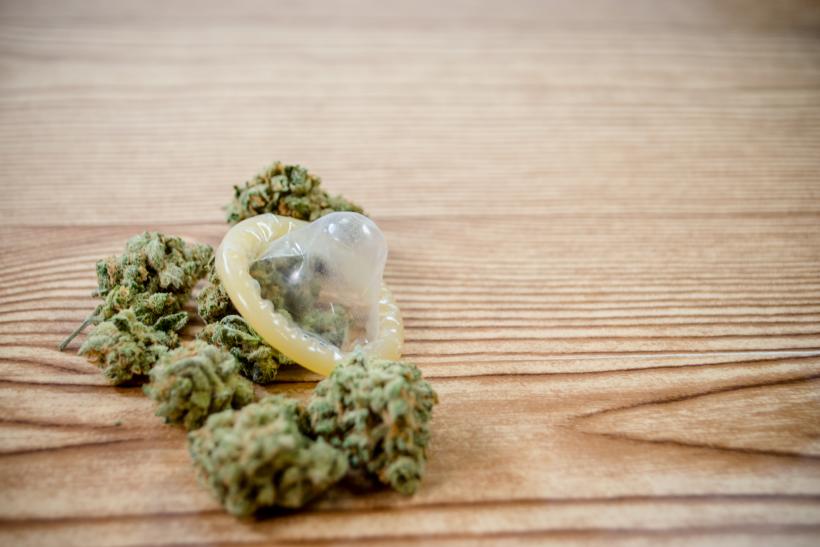 There are benefits marijuana has on your sex drive — from more intense orgasms to prolonged sex drive.

Let’s talk about pot. Marijuana is an interesting drug that has seen a huge shift in cultural attitudes over the last several years. Weed is often demonized, but seven states and D.C. have legalized the recreational use of marijuana. Additionally, 26 states have legalized it in some form, especially when it comes to medicinal use.

People are starting to get on board.

Marijuana has some troubling effects on developing brains, but fewer consequences and long-term side effects for someone with a fully-developed adult brain. While your brain is maturing, don’t smoke pot. Save it for your mid-twenties.

So, I began some lengthy research and as it turns out, cannabis does have some very interesting effects on sex drive and libido.

Let’s talk about libido and pot. Who doesn’t love to talk about sex and weed? My interest in marijuana and sexuality was borne from my love of both things — remember, I am an adult. I notice a marked difference in my sex drive when I’m high. I’ve also observed that orgasm is more intense when I'm high.

So, I began some lengthy research, and as it turns out, cannabis does have some fascinating effects on sex drive and libido.

It's important to note that weed is a mind-altering substance and therefore, consent definitely comes into play. If you and your partner choose to have sex high, you need to have discussions about it beforehand. Being high during sex might be something you really enjoy doing, but making sure that both parties are comfortable with it is very important. Consent is key in all healthy sexual encounters.

Come, let’s learn something together. If you’re going to smoke pot and have sex, you should know what you’re getting into first.

When you’re high, you enjoy stimuli such as television and eating. Every feeling is enhanced and electrified. (And yes, sometimes it spikes anxiety, too — so be careful! If this is a concern for you, try choosing strains that are known to decrease anxiety.)

You’ve heard of the munchies, right? Eating is one of the most wonderful, pleasurable things in the world after marijuana.

This also applies to sexual touching.

In an interview with High Times, psychiatrist Dr. Lester Grinspoon said that weed "greatly enhances the sexual experience for many people. There's no doubt that when people are high, they're more sensitive to their sexual feelings and urges."

There may even be greater, medical uses for marijuana that go beyond simply making your hornier.

Cannabis lube has been shown to help with Female Sexual Dysfunction (a disorder that leads to low libido and an inability to naturally lubricate). If you’re a person who has problems orgasming or getting wet, cannabis might be a good natural salve for you. 40% of women will experience FSD at some point between the ages of twenty and forty years old.

There have been conflicting reports on the effects marijuana can have on sexual performance in male subjects. Some researchers think pot enhances sexual performance, while others have linked excessive use to erectile dysfunction.

According to a male-oriented study, 75% of subjects reported that marijuana helped increase their sexual stamina. Another study found that a small amount of weed won’t mess up a boner, but if a person with a penis smokes a LOT, they may have a harder time getting hard.

For me, pot only increases my sexual stamina and makes the experience more intense. As far as my own research, I couldn’t find anything that definitively outlines the effects of pot on female sexual performance.

Weed turns your brain on.

The chemical compound in marijuana that makes you high is called THC, and it can really put you in the mood for sex.

The CB1 receptor (cannabinoid receptor type 1) in the brain is affected when you smoke marijuana. This is a protein-initiated receptor in the brain located in the central and peripheral nervous system.

It is activated naturally in the body but is also initiated by the compound THC. This receptor is directly linked to the reduction of pain and, you guessed it, can lead to a spike in sexual response by an increase in a sense of euphoria. Marijuana’s link to pain and nausea reduction is what has led many states to legalize it as a medicinal aide.

Studies have found marijuana does indeed have this positive effect on the brain, and subsequently, the libido. In a 2003 study, weed users reported that marijuana greatly enhanced their libido.

Pot might just be the biggest turn on of all.

The thing I love most about marijuana is the seemingly endless orgasms that happen as a result. Again, this is from my own experience, so don’t take it as gospel. Instead, listen to the research.

New York Magazine interviewed weed-users and found a lot of supportinginformation. Most reported that marijuana had a positive effect on orgasm.

As one marijuana user told NY Magazine’s Maureen O'Connor, "Pot tends to make time move slowly for me. Orgasms seem to last for 30 seconds and are incredibly intense. The best orgasms I've ever had have been while stoned, whether with another person or solo."

Obviously, these experiences are subjective to each person, but weed has been shown to intensify orgasm for many users. Of course, it is possible that when you’re high, time seems to move more slowly, tricking you into thinking your orgasm is longer.

Either way, I’m not complaining. Overall, weed may be an enhancement for sex drive. You’ll have to discover if you enjoy the side effects for yourself.

If you like this article, please share it! Your clicks keep us alive!
Tags
marijuana
weed
Sex
orgasm
pleasure