My Best Friend Is Scared Of Black People 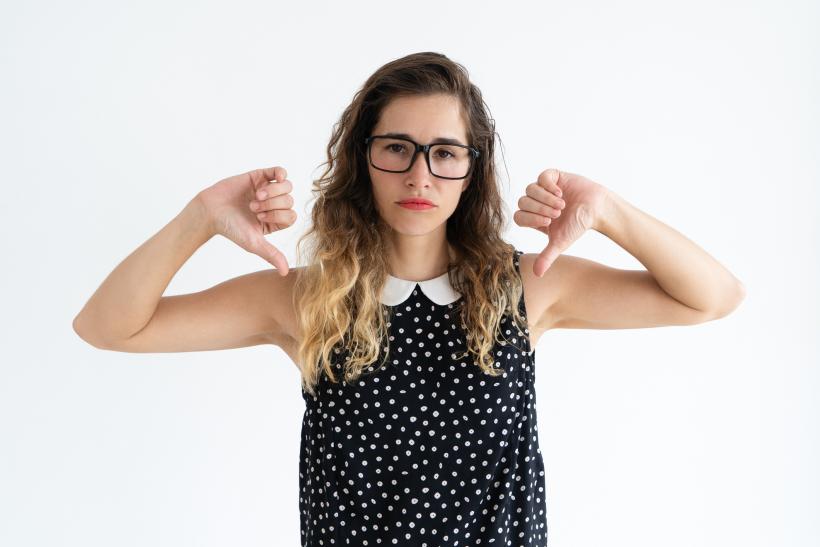 I knew there was still a culture of fear surrounding black people, but this was the first time I had experienced a person scared of black people.

It was a Saturday night when I was in college, and my friend and I were walking to a party. By the time we arrived, the music was jamming, and people were lined up to get in. As we walked towards the front door, she hesitated and told me she couldn't go in there.

Up to this point, my friend and I had gotten along great. We had the same sarcastic sense of humor and enjoyed the same type of music. We would hang out at each others' houses and party together. We welcomed each other into our respective circle of friends. We bonded over our job, life goals, and dating adventures. I believed I found a new best friend.

That is until I found out that she was scared of black people.

“Because it's a black party.”

I know what it’s like to be the only black person in a room. To deal with the microaggressions that happen when you are a black woman in a white man’s world. From kindergarten to 8th grade I went to a private Catholic grade school where I was usually the only black kid in my class. One year there were two other black kids in my class, but they were only at my school for a year. I then went to a public high school and university. Although the student population there was more diverse, it was still predominantly white.

I have grown up having to move between two worlds. I could cheer at basketball games in the mostly white Chicago suburbs like Northfield and then hang with friends on the predominantly black south side of Chicago. I loved both New Kids on the Block and Jodeci. I was comfortable in both spaces, and I expected that the people who I would bring into my life would be as well.

I was angry and disappointed with this woman whom I thought was a friend. I knew there was still a culture of fear surrounding black people, but this was the first time I had experienced blatant prejudice from someone close to me.

It was all fun and games when I was in her world. She saw no issue with taking me to predominantly white bars or eating at restaurants where I would be the only black person in the whole place. She didn’t think it was a problem when we would go to movies with an all-white cast or watch television shows in which the only black person was the sassy sidekick. The first time, though, that I brought her into my space — where most people looked like me — she rejected it. In turn, she rejected me.

Not only did she reject me, I felt as though she feared me.

The day after the party, she tried to talk to me. She tried to explain herself. She didn't apologize — she just tried to justify her actions and her fear. I didn’t want to hear it, and I stopped hanging out with her. I couldn't be friends with someone who was scared of black people. I didn't want to be in charge of changing her views, either — that's her journey and her responsibility.

I don't have the luxury of walking away from a situation where I’m the only person of color in a room. I can’t say I am scared and go back into a space of comfort where everyone is the same shade as me.  As a black person in America, I am forced to deal with the constant pressure of my race and ethnicity. I am forced to deal with the negative ideas others have about me and people who look like me. I have to deal with the reality that there are people will view my son as a threat just because he is black. I have to live, grow, and survive in a world that may assume I am not qualified at my job or that my voice is not as valued because I am a person of color.

If my former friend could spend so much time black people, if she could eat with us, party with us, come into our home, share stories of her life with us and still be scared of us, what does that mean for other people who don’t have the opportunity to interact with other races in such an in-depth way?

For peace of mind, I have forgiven her. But I will never forget the night I was confronted with her fear of black people.

If you like this article, please share it! Your clicks keep us alive!
Tags
Black culture
race
family
culture
whiteness
racism