Ask Erin: How Do I Stop Comparing My New Girlfriend To My Ex? 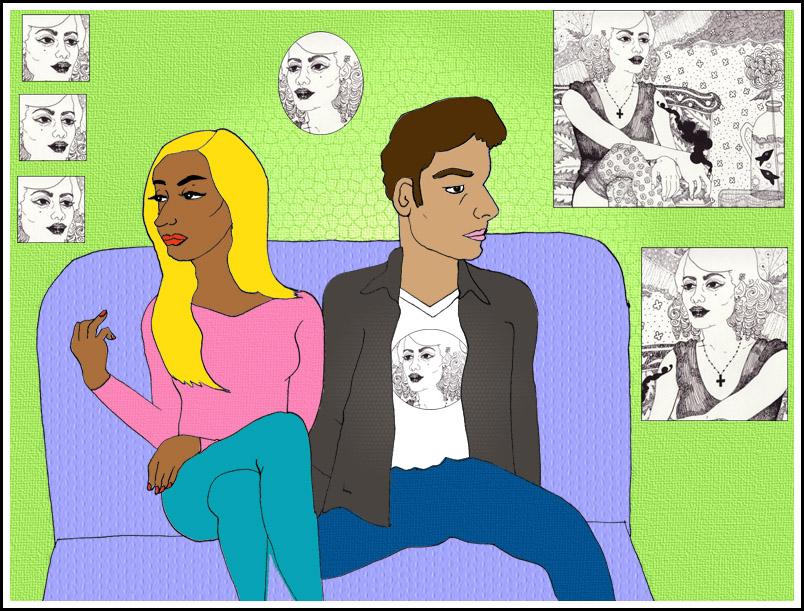 I know it’s not fair for me to compare two very different people, so how do I stop comparing my new girlfriend to my Ex? (Artwork: Tess Emily Rodriguez)

So I've recently started seeing this girl, and she is amazing. We have the same values, same beliefs, and care about the same things.

The problem is our conversations can be a little slow at times. We don't have a ton of common interests (in fact we have opposite interests in some things, which is not always bad), but I feel like we are not clicking the way I want.

I am afraid one reason is that I am subconsciously and consciously comparing her to my ex-girlfriend whom I dated for two years and had a ton in common with.

I know it’s not fair for me to compare two very different people, so how do I stop comparing them and let myself really get to know this other girl? Or is my comparing them a sign that I shouldn't be with this girl? HELP!

Okay. I think there is one of two reasons that you are stuck in this comparison mindset.

Either you have unresolved feelings for the ex-girlfriend or your current girlfriend is not the right match.

When I first read your question, my initial thought was: We all compare people; it’s natural and not necessarily a big deal. But then I realized there is a difference between a natural sort of passing thought of comparison and what you’re talking about.

You didn’t mention how long ago you and the ex broke up, but since you didn’t say there were unresolved feelings, I am going to assume there are not. Frankly, my gut tells me that’s not what the problem is.

The new girlfriend sounds lovely in terms of matching with your values and belief systems, etc. But, there is clearly something missing.

She’s good on paper. She ticks all the boxes. However, sometimes a partner can have all the qualities we want in someone, but our pheromones don’t sync up. And that’s not anyone’s fault. The spark is just not there.

Because she’s got qualities you want in a partner, it seems like you’re trying to talk yourself into having feelings that can’t be manufactured.

So, to answer your specific questions…

I don’t know how to tell you to stop comparing the two. If you were head over heels for this person, you wouldn’t be spending all this time in comparison land.

She’s likely not “the one.”

All this said, don’t lead her on. Don’t drag this out. I would end things with kindness and compassion. Let her know that you think she is an amazing person and that you care about her, but there is a romantic connection that is missing for you.

That may sound harsh, but I don’t think it is. This is not because she did anything wrong or is not worthy.

Letting her go will allow both of you to find someone with whom that chemistry just clicks.

The information within Ask Erin should in no way be interpreted as medical advice because I'm not a medical professional. But I am here to help — to share with you the wisdom I've gained after years of making mistakes. If you have a question for me about relationships, addiction, dating, friendship, depression, sex, consent, what I’m watching, Amblygonite, or anything at all, use the contact form below or email me at askerin@ravishly.com. As always, your anonymity is golden. Lastly, I’m so excited to share my Ask Erin Self-Care Guide, free when you sign up for my weekly newsletter. xoxo

If you like this article, please share it! Your clicks keep us alive!
Tags
Ask Erin
advice
relationship advice
comparing sexual partners