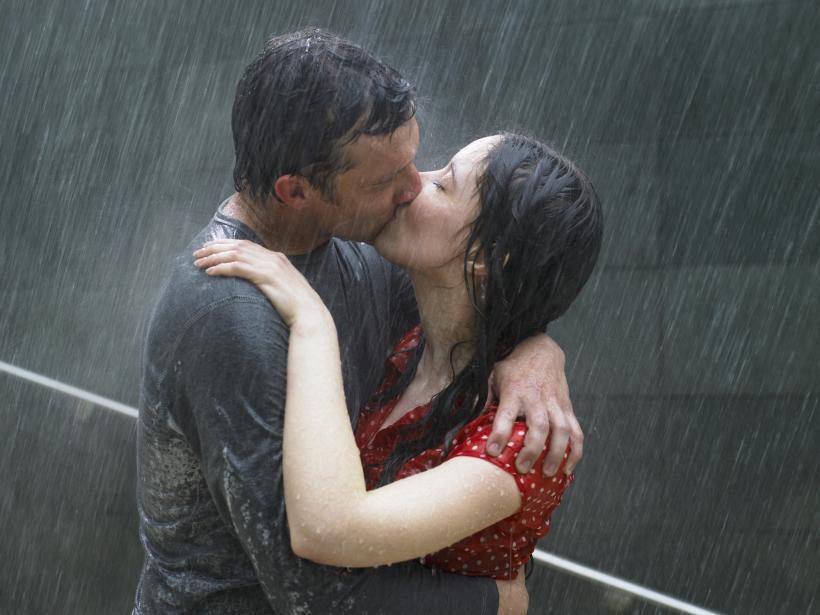 Affairs come with an expiration date, of course... but that doesn't mean saying goodbye is any easier.

Through the fog, I can almost see the train barreling down the track, headed toward the platform. But maybe it’s wishful thinking; I am a few minutes early. I’ve been waiting for what seemed like forever to take this bi-monthly ride, and nothing would stop me. It’s a misty fall afternoon, and I should be at work, but I’m on this blustery platform, catching the Amtrak to Boston for something like the twentieth time. I am heart-beating-out-of-my-chest excited. I am going to see him. Again.

I know he’s waiting for me. Or, at least, he’s there tonight for me. The rest of the week, he belongs to someone else — his wife.

Yesterday, I was so excited I could barely eat. Instead of working, I concocted something else — pieces of a fake story for my husband, about this supposed “work trip.”

I’ve become really good at storytelling to people I love.

I’ve learned the nuances of lying over the past four years of sneaking away to M. Keep the facts simple. Don’t over talk. Don’t pick a fight with my husband (to make it “easier” to do what I’m about to do, which is cheat).

I guess I am a cheater. But you can still be a good person and a cheater. I am an involved mom; a successful industry exec; a helpful neighbor. I just fell in love with two very different people. One is based in the reality of everyday life. The other is an escape from that.

M rode in like a knight in shining armor at just the right time. For one night every few months, he is mine. I live for those moments. Probably way more than I should.

Stepping onto this train is like stepping into a fairy tale. When I arrive at the station, I’m smack in the middle of this incredible, unjustifiable place.

Cabs are impossible when it rains at rush hour. The outfit I carefully chose is getting pummeled with rain, but I don’t care. I must look nuts, smiling in the rain.

I have the key to his downtown apartment. (His wife is across the country due to his promotion, packing the house and kids, but I won’t think about that tonight.)

As I look down at the city from his 23rd floor wall of windows, I feel this is where I was meant to be. When I’m with him, I feel stronger. When I’m here, I love who I am.

Leaving town next morning, he wrote, “Sadly, this marks the end of our texting relationship.” I got it — and agreed. We were headed home to our significant others. But it wasn't the end.

I watch everyone rushing into their evenings, side-stepping puddles down packed sidewalks. This scene is like any other day in any other city — but I might as well be at the top of a castle.

Everything strikes me as somewhat magical here. The weather couldn’t be more romantic. It’s like someone said, for tonight, “Cue the rain.”

My desire for him is all-consuming. It’s crazy fate that brought us together, for the second time. We had an unexplored crush in high school, but dated others. After college, we ran into each other. He was buying his mom a scarf. (I remember thinking that was sweet.) I was looking for a hat. His engagement had just broken off. My relationship with my college boyfriend had just ended. Let’s meet for a drink, we’d said.

We did, and dated through a season. But when my more volatile ex-boyfriend called, I packed, called M and said “I’m moving across the country. Bye.”

Twenty years later, fate intervenes with M and me again, at forty.

I’d “checked in” on Facebook — something I rarely did — excited being at the biggest industry event of the year. “I see you’re here in L.A. for the same conference!” M’s Facebook message said. “Let’s meet for a drink. Excited to see you! I’ll come to you, so you don’t have to walk.” I’d thought that was really sweet, too.

When he came through the door, my knees buckled. It had been so long, but there was something about him that just felt right. Something that made me feel strong; I was suddenly a person I really liked.

We talked in the dimly lit bar for hours. He told me things he’d never told anyone. I filled him in on my own secrets. The whole time, very slowly, our legs got closer, until they were touching, and neither of us moved away. With every minute, I was absolutely aware: we didn’t move away. Then we were walking down the hall to my hotel room.

Calling my husband to say goodnight was the last thing on my mind.

I’d had a lot of great nights in my life, but let’s just say this one with M was the best night ever.

Leaving town next morning, he wrote, “Sadly, this marks the end of our texting relationship.” I got it — and agreed. We were headed home to our significant others.

But it wasn’t the end. One month later and for the next four years, we’d meet every few months. Every time was like a movie — magical nights filled with passion.

We tried to be part of each other’s lives a little bit. I always longed to hear from him. I tried not to look at his Facebook page, and see his son playing baseball and daughter dressing up for Halloween, but I couldn’t stop myself. Thank goodness his wife didn’t have one; I would have driven myself crazy.

Our nights were scenes played out just like I’d imagined in the times between. It was the best ever. The best sex, the best connection, the best moments. The best me.

Which brings me back to now, on this soggy Boston night. He walks in from work and my world lights up. I’m on his couch and he smiles when he sees me. “I’m home!” he jokes.

If only we were.

But, remember, it’s a fairy tale. His eyes dance with amusement, and I am swept away by him. Again. He’s holding me tightly and the sky lights up with fireworks. Literally. For some crazy reason, the city is displaying fireworks tonight. Earlier it was the rain — like fate had given us rain for this romantic night. And now fireworks.

Can you see why I felt like this was a movie?

Morning came quickly, as always. “Keep in touch,” I’d joked with a smile.

But fast forward two weeks later, to last night’s phone call, and there would be no more mornings, and no more nights.

I can’t tell you it was just one thing. It was me, finally saying I didn’t like feeling so disconnected. It was us, not having a date we’d see each other next. It was him, consumed with work and relocating his family — having to sell his house (a French Normandy style I loved) and buy a new one (a $3.5 million mansion). He is living the dream, I thought…

What am I living? I was living for moments we could be together, but there was an awful lot of not really living in between.

Reality sucks — but it does exist.

It is what it is, I’d told myself from day one. But, suddenly, it wasn’t enough.

I read somewhere that some relationships are only ever meant to be a bridge, not a destination. But, wow, did he feel like my destination.

But I can’t tell him. Because we ended things last night. It is what it is, he said. “But it’s not enough.”

I will cherish you forever.

There’s a connection between us that will never ever go away.

There will be no more train rides.

And just like that, as suddenly as those fireworks appeared, everything exploded.

My life with M was over.

And when an affair is over, no one is there to hold your hand, or say they’re sorry, or tell you everything is going to be alright. There are no pictures to look back on — not even one — only flashbacks in your mind of the highest moments you’d ever known. And the memory of fireworks, literally and figuratively.

It’s you alone — just as you went into it and, to be honest, how you had to have known, deep down, that you’d be leaving it. Because how could things actually end well? What would “well” be in this scenario?

Just like the fairy tale I thought I believed in, the person I felt I was with him seems impossible to hold on to now. He rode into my life like a knight in shining armor, and I more than willingly went on that ride. I knew it would be wild and, I guess, that someday it would have to end. But I never thought about how hard the fall would be.

I feel it now.

If you like this article, please share it! Your clicks keep us alive!
Tags
cheating
affairs
relationship recovery
romance
Love
life after the fairy tale