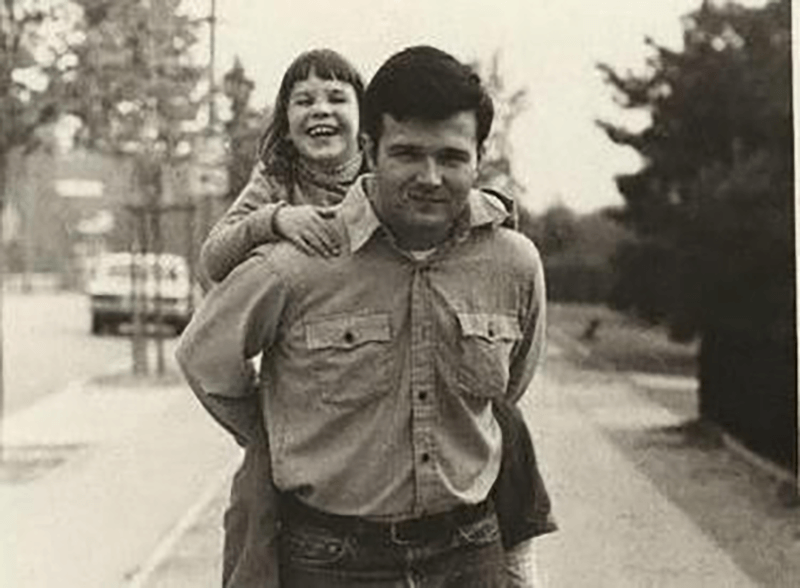 In his death came the “this is no joke” realization that — cliché as it is — life is short.

I can still remember my body trembling from the inside as a sense of malaise swept over me in the doctor’s office. Calm and empathetic in tone, the man confirmed our worst fears. Further medical evaluation on my father revealed what ultimately appeared on his death certificate just days later: metastatic melanoma.

My father was gone at the young age of 63.

His 2015 death has brought sadness, confusion, and much questioning about life my way. In this, I know I’m not alone. People are rocked to their core when a loved one passes. Some withdraw, perpetually blanketed in a state of emptiness. Others forge on, almost as if the sadness never occurred, going about their lives with a smile in their heart and a twinkle of hope in their eyes.

I fall somewhere in the middle, ebbing and flowing between good days and bad. Mostly though, they’re days rich in wonderful memories, where there are more smiles than tears. Thoughts of how my father and I watched the night sky during family vacations in Vermont frequently come to mind. I think of the silly jokes, the long conversations, or how we’d bounce work ideas off one another since we both worked in the communications field.

However, I’ve also discovered that my father’s death sparked a new life in me.

In his death came the “this is no joke” realization that — cliché as it is — life is short. My life, unlike my dad’s, still has the opportunity for do-overs, must-have conversations, and the chasing of dreams. He can’t do these things anymore, but I can.

So, I find myself doing more in the way of pursuing my passions—not just for me, but in many ways, for him. In his silence comes my roaring motivation, a relentless, driving yearning that’s moving in full force.

I’m continuing where he left off, or so I’d like to think — and that means doing what’s right and kind both personally and professionally, establishing my voice along the way.

This isn’t to say I became brazen and obnoxious, but when my father passed away, a truer understanding of “now or never” kicked in. With that came even more of a “go for it” attitude and a persistence surged within me that I could feel in my bones.

It sounds bizarre, even a bit hokey, but it’s true: during the years since his death, I’ve been more motivated than ever to pursue dreams and new opportunities. Any thoughts about waiting for tomorrow — or worse, following a cookie-cutter work-life pace — ceased. I pursued writing opportunities I’d always been interested in (but never went after) with a gentle persistence and unstoppable enthusiasm.

Along the way, glimpses of my Dad’s smile and his very own work acumen — every genuine ounce of it — flickered in my mind and carried over into my professional endeavors. One month after his death, I was in touch with The Huffington Post, where I’ve been a contributing writer ever since. Then came a published article online on Woman’s Day, followed by Reader’s Digest assignments and now, writing as a health contributor with U.S. News & World Report.

My children’s book pitch was even selected by a literary agent as part of a New Hampshire Public Radio segment on how to catch an agent’s attention.

I’m not sure I would have persisted with such ambition prior to my father’s death. I’ve found that a loved one’s passing does more than nudge you forward; it can catapult you towards exciting opportunities.

No longer do I cower in fear of my own “what if” or “it can’t happen to me” thoughts. I careen towards hope, fueled by this newfound optimism.

I’m also learning to strive for more on the personal front, seeking out the finer things life offers. This isn’t to say I’m living it up Downton Abbey-style, draping my best linens across a Dunkin Donuts table or demanding truffles and champagne from my husband before bedtime. However, I am learning to become more comfortable outside of my comfort zone. Whether it’s  deviating from my usual department store’s $6.00 lip color and trying one in which two digits (gasp) appear on the price tag or choosing the Godiva bar over the Snicker’s bar on occasion, I’m enjoying more of the little, finer things that make me happy.

In the little things are often the big things.

Since my father’s death, I’ve also noticed that I’ve become more expressive. I don’t go around unleashing rude insults or spewing forth random thoughts in public settings — after all, a certain etiquette exists in what’s not said — but I’m less likely to hold thoughts back in general. These days, I simply can’t stand to have feelings simmer on the sidelines. If something’s on my mind, I talk to someone about these thoughts.

"These are the things that are wonderful in life. For me, they’ve been made even more precious because of a death."

Perhaps, I think, I’m also speaking for my Dad — a man who often silently, inwardly battled against a society that tends to expect people to remain hush-hush on certain matters, be it on the political front or among friends and family. As the years went on, I witnessed him go from someone who expressed his thoughts primarily via the written word (he was involved with public affairs and also worked as a magazine editor) to a man who became increasingly comfortable and vocal about expressing his opinions.

Finally, since my father’s death, I’m more choosy about how I spend my time and with whom. Rude comments, excessive insinuations about life nonsense, or energy-zapping downers who’d still have issues with the world if they won the lottery AND got free coffee for life no longer have a place for me. While I realize it’s healthy to deal with such people on occasion, I also know that wearing my rose colored glasses every so often is essential for my overall health and well-being. So be it if one wants to wallow in misery while I see silver linings. Therefore, I’ve unfriended a few folks on Facebook along the way and lessened up on various forms of communication with other people. I’m happy to weed out the negative vibes and remove myself from gossip-infused baloney.

When you see your father in a hospital bed, a ventilator fastened to a face that was once so full of expression, you become motivated in ways you never thought possible. Standing over his grave stone has made it strikingly clear more so now than ever that life should be filled with happy moments. Time shouldn’t be wasted on naysayers, pettiness, sadness, worry, greed, or gossip.

I’ve always been one to appreciate life around me, be it a sunset or a photograph from days gone by.

But upon my father’s passing in 2015, it’s as though everything around me became — and remains — emotionally magnified.

Suns don’t set. They slip away, melting majestically along the horizon.

The scent of apple pie wafting through the air, a laugh that travels across a crowded room, steam rising from asphalt after a summer rain — these are the truly splendid moments.

Opportunities sought from dreams once stifled, slowly emerging — this, too, is what matters now.

These are the things that are wonderful in life. For me, they’ve been made even more precious because of a death.

For that, and for him, I’m thankful.

If you like this article, please share it! Your clicks keep us alive!
Tags
father's day
Dad
fatherhood
grief
death
Cancer
mourning
Healing

Can We Please Do Away With "Revenge" Bodies?
Jennifer Lea Reynolds

Dandelion Girl: How A Photo Of My Younger Self Makes Me A Happier Person
Jennifer Lea Reynolds

Stop Telling Me That I Must Be "One of Those" Types!
Jennifer Lea Reynolds