Ask Erin: Do I Tell My Coworker That I Slept With Her Boyfriend? 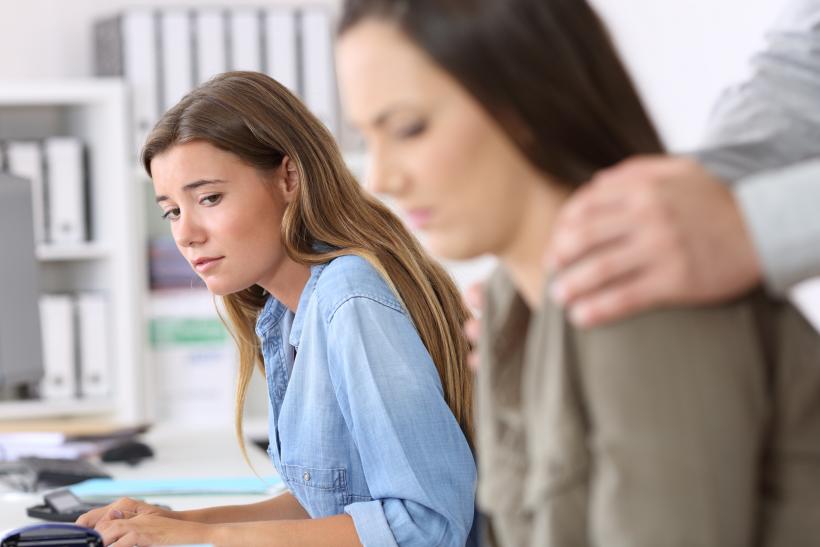 Do I tell my coworker that I slept with her boyfriend?

I have a question about hooking up with a co-worker's ex-boyfriend.

So I recently went to a party which ended in both the guy and I completely sloshed out of our minds. When we were alone, he made a move and I reciprocated, assuming that since they had been broken up for a while, it would all be okay. As neither of us was looking for a relationship and what happened was mostly just in the moment passion, we agreed to keep it between ourselves.

Later that day, I found out that he had gotten back together with my co-worker about a month back and they were keeping their relationship under wraps. I don’t have any feelings for him, and she’s not a really close friend.

Should I tell her what happened?

Anyone who knows me knows how much I value the truth. Being honest and transparent about myself and my actions is KEY to my mental well-being. However, there are times when staying out of the quicksand is a far better decision.

I know there are people out there who will say, SHE HAS TO TELL HER. But…

I wouldn’t tell her.

If she is genuinely not a close friend (your wording is a little vague), if she’s just a co-worker and acquaintance, it’s really not worth the potential heaps of drama that could unfold as a result. And trust, this will unleash drama.

You know they got back together, but you don’t really know the parameters of their relationship. Maybe they’re in an open one. You should say something to him, because if they are in a monogamous relationship, what he did was deceitful on both ends of this.

All this said, if she is a real friend, you should consider telling her, despite any potential fallout (you would want to know in her shoes, right?).

If you do end up telling her, there are some things to consider.

In my experience, people often cannot confront the truth in these situations, at least not right away.

It’s far easier to misplace that anger and betrayal on you than her boyfriend. I have seen and experienced this oh too many times.

I haven’t been in this exact scenario but similar ones. I’ve been in the situation where a friend’s partner made a move on me and telling that friend ended our friendship. Even when they broke up after the fact, our friendship was collateral damage.

Did I do the right thing? I’m not sure. I believe she would have found out eventually. I was not the only person he’d hit on. In retrospect, had I not told her, they likely would have broken up, and I’d still have my friend. I think she was embarrassed — both by his behavior and that she doubted me.

The idiom “Don’t shoot the messenger” is an idiom for a reason.

And in this case, you are not only the messenger but a party to the bad news.

I’m going to circle back to my initial response. Don’t tell her. Save yourself the drama. If she ever asks you a direct question, don’t lie. But, it seems like, in this case, avoiding the drama of telling her outweighs cleaning up a mess someone else (the boyfriend) made.

The information within Ask Erin should in no way be interpreted as medical advice because I'm not a medical professional. But I am here to help — to share with you the wisdom I've gained after years of making mistakes. If you have a question for me about relationships, addiction, recovery, friendship, sex, consent, what I’m reading, Atacamite, or anything at all, use the contact form below or email me at askerin@ravishly.com. As always, your anonymity is golden. xoxo

If you like this article, please share it! Your clicks keep us alive!
Tags
Ask Erin
infidelity
coworkers
cheating
Betrayal
Friends
advice