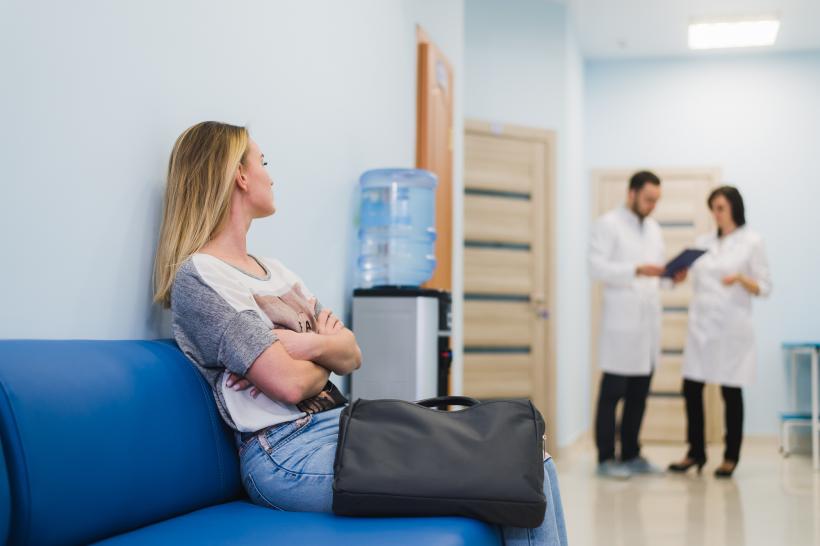 I went to learn about the options to freeze my eggs so that when I was ready to make a decision about having kids, I wouldn’t have to worry about my age.

Life is different at age 29 than it is at age 21. You have more bills to pay, more people to answer to, more responsibilities that force you to be in bed way before midnight, and of course, a harder time getting over hangovers, which never used to bother you when you were fresh out of college.

One thing I started to notice as I was planning my thirtieth birthday party was that I was getting less and less wedding invitations in the mail (those came at age 26) and more and more baby shower invitations.

It felt like all of my friends were building their families as they were approaching the summit of their twenties, and I hadn’t done much to build my own.

I found myself single and childless, while those around me were married and pregnant for the first or second time.

“You should really focus on big things,” a friend said to me at brunch, pointing to her baby bump. “Because you’re not getting any younger, and it gets harder to have kids as you age.”

I practically spit out my mimosa. My mother had me at age 38 and my brother at age 36. I never felt rushed to have a kid in my twenties or even my thirties. I mostly just wondered if I would find the right person to have kids with. If I didn’t, if I’d consider having kids with a donor instead.

I decided that It might be a good idea to learn more about freezing my eggs so that when I was ready to make a decision about having kids, I wouldn’t have to worry about my age or body stopping me. Since I was my own boss and don't have the greatest health insurance, I decided to book a free consultation session at an IVF and fertility clinic in my New York City neighborhood.

When I arrived, I was greeted with a pile of paperwork to fill out. Each form had a different type of question that I just wasn’t ready to answer.

“What are your fertility goals?”

“How soon do you see yourself freezing your eggs?”

“Will you need a payment plan?”

I walked back up to the front desk and told the receptionist that I was simply here for a free consultation and that I wanted to learn more about how egg freezing worked and whether or not it was something I should be thinking about. She told me that was okay and the doctor would chat with me for fifteen minutes.

I waited for the doctor. When he came in, I was fidgeting with my fingers.

“So why are you here?” he asked me, twirling a pen.

“Because all of my friends are married with kids, and I’m not even close to that.”

“So what if when I decided to settle down, I can’t get pregnant because I’m too old?”

The doctor went on to explain the process of freezing your eggs. He began to tell me that women undergo ovarian stimulation and egg retrieval so that they can obtain eggs that will then be frozen for a later time. He mentioned around 20 eggs would be frozen and that if I decided to do this right now that I could receive $4,000 off the total price.

The whole conversation made me a bit nervous. It was a pricey investment because you not only pay for the egg extraction but also for the company to keep them preserved and frozen for however many years you want them frozen for.

He shoved those very same forms in front of me and reminded me of the discount. Feeling pressured to sign on the dotted line and a bit confused about if this was what I actually wanted to, I got up, pushed my chair in, and decided that I would close out my thirties without a family plan. That for now, and for the next few years, I’d work hard to take care of myself. If in a couple of years from now, if I was thinking about having a child, I’d call that doctor up and ask if that discount could still be offered.

I left there with the promise that I would forget about comparing and contrasting my life with my friends' lives for the next few years.

As they planned on having more kids, I planned on focusing on what mattered most to me as I approached my thirties — finding the right person to spend my life with, even if that takes another decade.

If you like this article, please share it! Your clicks keep us alive!
Tags
fertility
freeze eggs
maternal health
woman
women's health