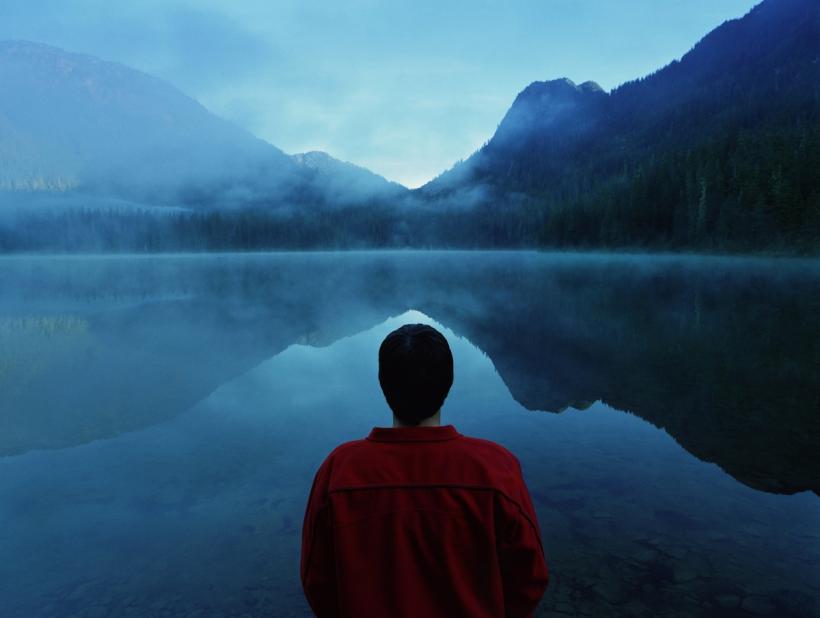 Depression comes in waves, rippling in and overcoming me like a tsunami, pulling out to leave me, panting and bedraggled, clutching my clothing and simply being thankful it’s over.

But the respite is short-lived — because subject to the tides or the moon or the synapses in my brain, it returns to demolish me once more.

After my first severe episode, when I took a pair of scissors, a banana, and my cell phone to a reservoir on a Kentucky hill and determined to kill myself, I thought it was over. Depression had attacked, yet I had conquered, and I would be free forever. I was a depression survivor, someone whose story would grace the pulpits of churches and pages of glossy magazines, someone who had been through depression and made it to the other side.

Mere months later, I was in a psych ward, fresh cuts on my wrist from a failed suicide attempt in a school bathroom.

Again, I felt victorious. I had once more defeated the enemy; I breathed, and it cowered.

But I was to be disappointed yet again, because here’s the thing about depression: it cycles. Even when I’m on medication, going to therapy and doing everything I’m able to do in order to stay healthy and keep it at bay, it bleeds in and out of my soul.

I have small episodes, lasting a few days to a week at a time, where I’m filled with formless sorrow and unsure how to function properly; during these times I cry pointlessly while at work, or I write evocative pieces with vivid sorrowful imagery, or I sleep for hours on end with no desire to ever move again. I watch TV and read books to feel something or not feel something, depending on which form my depression takes.

"We win or lose battles but not the war, for the war is one of attrition and patience and marathoning. It’s a series, not a standalone."

I have intense dips, where I am filled with this anger and fury that has no direction so it only points inward, and I decide that I will take a knife to my skin and let the blood flow, flow, flow. They come quickly and leave me breathless, reeling, because they’re so strong and so hard to overcome.

I have longer episodes, lasting weeks to months, where my feelings lose their form and instead of sorrow or anger I feel… nothing.

I coast from moment to moment, smiling when necessary, laughing when appropriate, never truly understanding or feeling a thing.

And I have normal times, times when for a few hours or days I experience emotions appropriately, am happy or sad as events should dictate, and am productive or lazy or joy-filled in a healthy way.

In other words, I cycle. I have not yet been “healed” of depression. I have not had my last episode, nor do I expect I will any time soon.

That’s something I wish more TV shows and books portrayed: the truth that depression comes and goes almost as it wills, that surviving one attack does not mean the war is won.

In fact, living with depression is something like living in a fantasy novel, something Tolkien or Rowling or Martin might have dreamed up. We win or lose battles but not the war, for the war is one of attrition and patience and marathoning. It’s a series, not a standalone.

The way we win the war is by not giving in until age or illness or circumstances should conspire to naturally have us give in.

It really almost doesn’t matter if we win or lose the individual battles, so long as we win the war. Of course, it’s best to win a battle, but we can’t beat ourselves up for sometimes losing.

But so long as we breathe, we will win in the end.

Depression is a cycle, but we are stronger; we are human, and we bend and we mold and we shape and maybe we break a little, but we come back better.

Let the waves come. The shore will still persevere.

This is a powerful perspective. Yet when I tell people about it, they react as though I’ve given in. As though I’ve accepted defeat. So much of the canon we have surrounding mental illness, through stories, articles, books, TV shows, seems to depict it as a one-off, one-and-done — a distinct period of disruption in the midst of an otherwise calm life.

And so telling people, “I’m not sure I’ll ever be cured” seems to them a sign of loss. Like I’ve given up fighting. I haven’t given up fighting — I’m still breathing, aren’t I? That means I’m fighting. It simply means I’ve come to terms with the likely reality of my disease.

There’s a reason it’s sometimes called “chronic.” Because it is, it lingers and sometimes it goes into hibernation but it almost always resurfaces, eventually.

The first few episodes I dealt with successfully made me think I was done. When the next episode came, along with the depression came piercing sorrow and defeat, the sense of failure. That was hard, nearly impossible to cope with.

That’s why I’ve stopped thinking that way. I’ve had to embrace the idea that depression is a cycle for my own sanity. I’ve started saying, “This episode is over,” and leaving open the possibility that another one will come tomorrow, next month, in a year…and when it comes, I know it’s not a sign of failure on my part; it’s simply part of the disease.

Better, I know they will pass. And I will still be here.