How The Michelle Carter Case Gets Suicide And Mental Illness Wrong 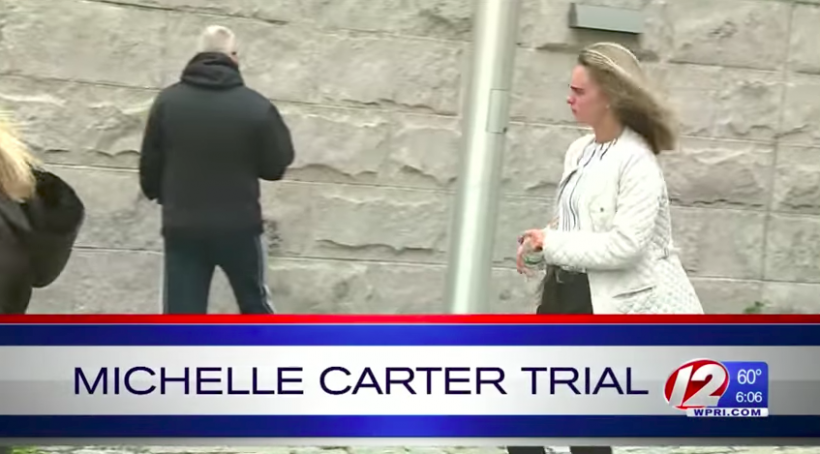 Suicide is a controversial topic — even more controversial than the dreaded religious and political conversations we avoid outside the confines of our homes. Nevertheless, we need to talk about it. Each year more people die of suicide than of homicide in the United States, and addressing this epidemic is a health crisis sheathed in social stigma. While suicide is often misunderstood as being a decisive, black-and-white issue, it’s apparent more than ever that suicide truly resides in a shade of gray.

In response to Conrad Roy III’s relentless ideations about suicide, girlfriend Michelle Carter (then 17, now 20) sent a string of texts encouraging his suicidality. Despite Roy’s autopsy being ruled as a suicide (and not a homicide), those text messages resulted in a manslaughter charge. Now, Michelle Carter is currently sitting trial awaiting her fate. In what is presumably a landmark case for the digital age, we are faced with a serious question: what culpability do we assign to people who may have influenced a person’s decision to take their own life?

Upon reading Carter’s exchanges with her then-boyfriend, it is easy to see how her actions seem reckless. In one message, Carter tells Roy, “You said your mom saw a suicide thing on your computer and she didn’t say anything. I think she knows it’s on your mind and she’s prepared for it.” Later, she continues by explaining that Roy’s family will understand and love him regardless. “They know how sad you are, and they know that you are doing this to be happy and I think they will understand and accept it. They will always carry you in their hearts.”

Is it reasonable to wish that Michelle Carter had told someone about her boyfriend’s ideations, or at least encouraged him to seek help instead of dying by suicide? Of course. But by accusing Carter of homicide, we are diminishing the legitimacy of suicide as a result of mental illness.

To say that Michelle Carter committed manslaughter is to accuse her of having the deliberate and malicious intent to take Conrad Roy III’s life. We are accusing her of not only assisting his suicide, but of coordinating it criminally. The verdict may still be undecided, but there are many gaps in this mindset that led to such a charge being levied in the first place.

Roy’s own mother is candid about Conrad’s previous suicide attempts, including an attempt in 2012 involving Tylenol. To say Conrad Roy III was perpetually suicidal is an understatement, and his family acknowledges that.

"It’s heartbreaking to know Roy was so depressed that he died this way; it’s natural to wish he lived a long, happy life."

We often discuss suicide as a choice, postulating that if we tried a little harder to show love, support, or a path to recovery, that things could have ended differently. We insinuate that suicide is a selfish choice, rooted in spontaneity and without regard for those we love. But as is apparent by music legend Chris Cornell’s death by suicide just recently, someone could have everything in the world — love, family, adoration, fame, and money — and it still would not be enough to change their struggles with psychiatric disorders and emotional instability.

Amidst the controversial fervor of 13 Reasons Why, we are embroiled in debates about how much weight our words hold when it comes to suicide. In truth, I believe that our tongues (or fingers, in this case) can be our greatest weapons. But this isn’t a case of vicious rumors or relentless bullying; this is a boy who was suffering for years. Furthermore, Michelle Carter herself is also alleged to have psychiatric problems, and her defense attorney claims that she was medicated at the time of Roy’s suicide. Not only could that have affected Michelle Carter’s decision-making, but it could also have incited a hopelessness of her own.

When I read Carter’s texts I don’t feel the cold-hearted manipulation of an emotionless killer. Instead, I see an impressionable juvenile who genuinely believes Roy should not have suffered any longer.

We don’t want to look at those we loved and lost to suicide as having suffered so badly that they saw no way out. We don’t want to cope with the reality that their struggles were real: rooted in environmental trauma and biological imbalances that caused their suffering.

We don’t want to acknowledge that our brain is a part of our bodies, and sometimes this organ fails like any other.

We don’t want to think we could have done something more, so we look for someone or something to blame, and a suicide-by-text manslaughter charge seemed like the answer in this case. In reality, it’s a senseless witch hunt. We can no longer charge people for the crime of ‘committing suicide,’ so instead we punish the people who support that autonomy.

When will we recognize that suicide is complex and frequently misunderstood? When will we stop criminalizing the act of choosing to end our own suffering?

Even if Michelle Carter is convicted, nothing will change. Conrad Roy III was sick. Even looking happy at the beach that day — much like Chris Cornell looked happy during his last performance — doesn’t mean he wasn’t fighting for his life. Michelle Carter was reckless and could have handled the situation differently. For that, we can be sad. It’s heartbreaking to know Roy was so depressed that he died this way; it’s natural to wish he lived a long, happy life.

However, it’s dangerous to subscribe to the belief that we can control someone’s illnesses or pain. We don’t try to cure a loved one’s cancer, or their Alzheimer's, or their multiple sclerosis. Instead, we try and stick by their side and empathize with their looming mortality, doing what we can to care for them, but ultimately recognizing that a large part of any illness is completely out of our individual control.