I'm Fat, I'm Fabulous, But I'm Not Your Fetish 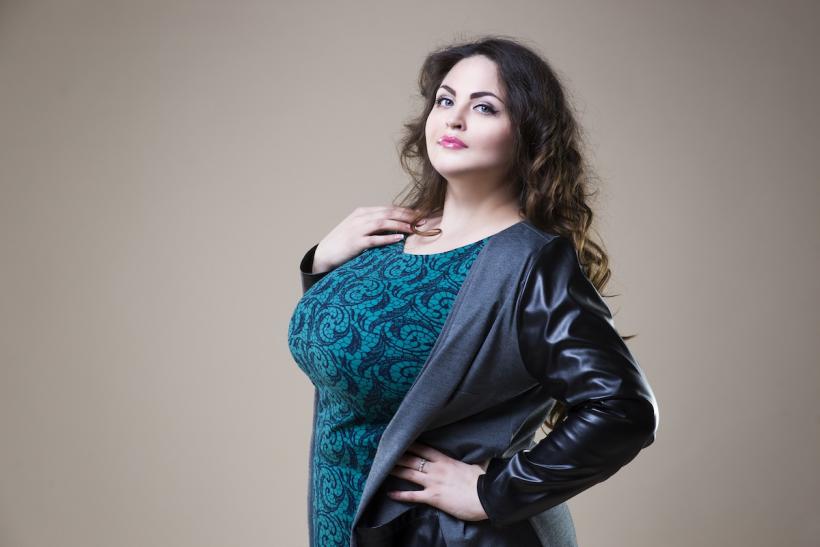 We all want someone who will appreciate our curves, voluptuousness, strength, and beauty without fetishizing us.

My boyfriend and I met online; it took me about two years of meeting and dating a bunch of creepsters for me to find him eventually. Dating is complicated for any woman, but for one who is plus-sized, it’s even more challenging. While there are people who prefer a larger woman, there’s a subset who are only interested in fat women because they were fat. I found that some men who are (and I’m going old school here) chubby chasers (aka fat admirers) are freaks, and not in a way that I enjoy.

A plus-sized woman like an average-sized woman doesn’t want to be desired just because of the kind of body she has nor does she want someone to be attracted to her in spite of her body. We all want someone who will appreciate our curves, voluptuousness, strength, and beauty without fetishizing us.

I’m fat, I’m fabulous, but I’m not your fetish.

The word fetish is defined as being a type of sexual desire in which gratification is connected to a specific object. For example, if you can only get off when dressing as a clown, then you have a clown fetish or Coulrophilia. If intercourse does nothing for you but falling down stairs arouses you, then you have the fetish, Climacophilia.

Of course, there are a variety of fat fetishes which can sometimes be as simple as someone who wants to have sex with a fat woman or as ordinary as a man whose primary turn on is the thought of putting his penis between two extra-large breasts. But if someone is only interested in your fat and could give a crap about the fact that you’re an expert on the Civil War or that you cry at commercials, then you have a problem. When someone is fetishizing you and neglects to get to know you beyond whatever it is about you they’re fixated on, it’s offensive and disrespectful.

A fetish is like hot sauce; some people add it when they want a little kick to their food, others need to drown everything they eat in it, and then some people just can't stand that level of spice and avoid it altogether.

Now, I want to be clear that I’m not fetish shaming in any way. You could even call me fetish-friendly. I’m pro-fetish if it doesn’t hurt anyone and both partners are on board. I may not be especially kinky but I’ve participated in spoken word shows where some performers talked about golden showers, clown scenes, and scat play using plastic storage containers, and I barely batted an eye, so there isn’t a lot that shocks me.

I’ve had limited experiences in the world of kinky sex. I saw (for a brief time) a man with a foot fetish, but that just made me feel bad for not getting more regular pedicures, and then there was the man who wanted me to spank him, but that just made my spanking-arm tired. I was willing to experiment but what would upset me was finding out that my partner wasonly interested in his own sexual gratification and could not give a crap about my needs and wants.

“How big are you?" one guy asked me during an online chat.

“Can you fit in a booth in a restaurant?”

He simply had no interest in anything about me besides my size.

It’s like if you have a delicious sandwich, and all you want to eat is the mayonnaise when there’s a freshly baked roll, slow-roasted turkey, and vine-ripe tomatoes. Why even bother with all the delicious ingredients that make the sandwich yummy when all you hunger for is the condiment?

If you’re an overweight woman, dating can be a gauntlet filled with potential danger, and you need to be on your game.

I had a man who wanted to know if I was supersized and hairy, and if I was, would I mind not shaving. Yes, I would mind — I don’t want anyone telling me what to do or not do with my body. I had another guy who wanted me to sit on his face until he couldn’t breathe. What if something went wrong? Can you imagine that headline? “Woman’s ample thighs suffocates man.” No thanks. I tried to avoid the men who didn’t want me for me but only sought to make me a participant in their fat fetish fantasy scenario.

I’ll always remember a picture I saw in a book of a feedee being fed heavy cream through an IV as if she was a cow getting fattened up for slaughter.

Would I like to be encouraged to overeat and express my inner glutton? No, not at the price of my health and mobility.

As I maneuvered through the dating world, I had to make it a point to be very careful who I’d meet. Over time I got sensitive to the clues that people were unintentionally giving me regarding their motives. Although, sometimes, the clues weren’t that subtle.

“Do you like to eat?” the Feeder asked me.

“Do you like to eat enormous amounts of food? I love to watch a woman really enjoy her food, and it gives me great pleasure to feed her.”

I didn’t say anything.

“Would you like me to feed you sometime? You could think of me as your food slave. I’d make you a pound of bacon, scramble you a carton of eggs, and toast a loaf of bread for your breakfast. You could eat until you burst.” Note, if you’re trying to sell me on the idea of being a feedee, don’t offer me scrambled eggs.

It doesn’t take a genius to figure out what that guy’s intention was.

One thing holds true — no one should want to eat themselves to an early death, no matter how fat or thin they may be.

I wanted to find someone who was attracted to me not just for the way I looked, but for my unique perspective of seeing the world, my intelligence, and my talent — lucky for me, I found him.

I could tell that my boyfriend wasn’t a fat fetishist because he didn’t hound me with questions about my weight; he was more interested in the things we had in common, not my dress size. He complimented me on my smile, my silly sense of humor, and my knowledge of popular culture.

In turn, I looked at his romantic past and saw that he had been involved with women who were all shapes and sizes. He wasn’t out to satisfy a fat fetish; he was attracted to who I was inside and out, and was excited about the possibilities of having a life with me.

I had to have a ton of coffee dates until I finally found my person, but in the end, it was worth it. The good thing is that my murderous thighs didn’t harm anyone in the process.

If you like this article, please share it! Your clicks keep us alive!
Tags
dating as a fat person
dating while fat
fat positivity
fat positive
fat fetishism
fetish