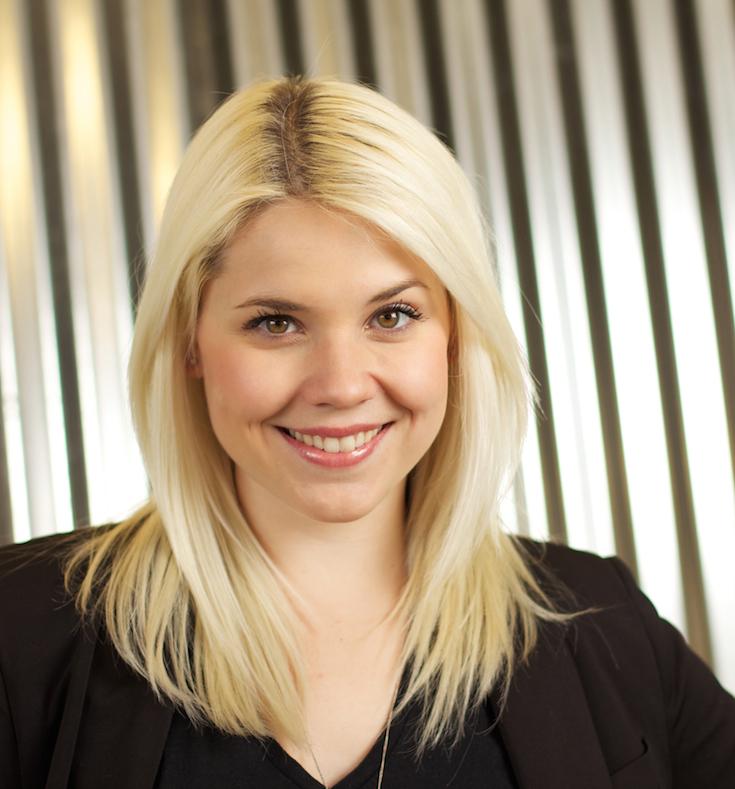 It’s not easy to maintain your integrity and stick to your beliefs, especially in the entertainment industry. Actress, host, and podcaster Jenna Kim Jones makes it look easy, but that’s not the only thing people like about her. Jenna is Mormon and she has made her tenets—no smoking, no drinking, no pre-martial sex, and no words that could be potentially beeped out on television—the foundation of her personal brand. It’s also hard not to envy her level of perkiness, but also wonder how she does it all without coffee.

Jenna started her career in New York City (by way of Utah), most notably working on The Daily Show and The Late Show With David Letterman. In 2012, she married and moved to Los Angeles with her husband, Allan Moss, who cohosts the #SorryNotSorry podcast with her. Jones is also known for co-hosting Alison Rosen’s podcast, Alison Rosen Is Your New Best Friend. But, Jenna’s career isn’t just limited to podcasting, she recently made a splash on the big screen, hosting and narrating top documentary, Meet The Mormons. In this interview, Jenna dished the down and not-so-dirty of sticking to your guns in Hollywood, Mormonism, brand building, and her dreams for the future.

What is it like being a Mormon in the entertainment industry? Do you feel people don’t understand your religion?

For the most part, when people find out I’m Mormon, they’re really open minded about it. They seem to be totally cool with it. I run into problems [because] I don’t really curse. I’ve done scripted work where I don’t really want to say [something] or it doesn’t sound natural coming from me.

For the most part, [people are] really respectful. You’ll hear jokes, but I’m all about jokes. I’ve heard every joke about Mormons you can imagine and I’m okay with poking fun at myself. It’s part of who I am, and it’s a package deal. I own it.

Do you find it hard it stick to your personal beliefs in a world where most people’s lifestyles are nothing like yours?

I’ve been living my lifestyle for so long, those issues never really come up for me. I’ve had people turn me down for projects because they say, “I need you to act a certain way,” or “If you’re not comfortable with that material, this isn’t going to work for either one of us,” but I’m okay with that. I’ve had these beliefs my whole life and I signed up for this lifestyle.

I don’t have those “temptations” necessarily, to drink or go out and party. I don’t really run into those situations as much. Maybe in my younger years, I had a little more of those defining moments; if I just said those swear words, or if I decided I wanted to act [a certain way], I’d probably be more successful, but I’ve been living this lifestyle for so long, those situations don’t really come up for me anymore. [But], it definitely limits the work I can do, for sure.

Why did you decide to become a stand-up comedienne?

There’s a lot of stuff in the industry I don’t partake in because it isn’t who I am. That’s why I chose to get into stand-up comedy. Stand up is so personal. I’m in control of everything. Everything I say onstage, I stand behind 100% because I wrote it and it’s part of who I am. I think that’s part of why stand up is so much fun for me because I get to be creative and explore who I am, but it’s all on my terms.

A lot of people in the industry have built their careers out of being themselves and creating their own projects and content. What are your thoughts on that?

That’s exactly why the entertainment industry is so great right now. The Internet makes it even better because I can put out content all the time. There are people out there looking for my specific kind of content. I can fill that void.

I’m grateful for people like Lena Dunham and Mindy Kaling. These girls are so creative, and don’t necessarily fit that cliché LA mold—they didn’t go into an audition [and] were told, “You’re what we’re looking for.” They created their own brand and they’ve been influential. I love that. It just opens doors for me. It makes it so that people look at me and say, “You’re really different. You may not act like everyone else and do things differently, but we like what you’re doing.” I think if we could celebrate each other’s differences like that, we’d actually find a lot more common ground. 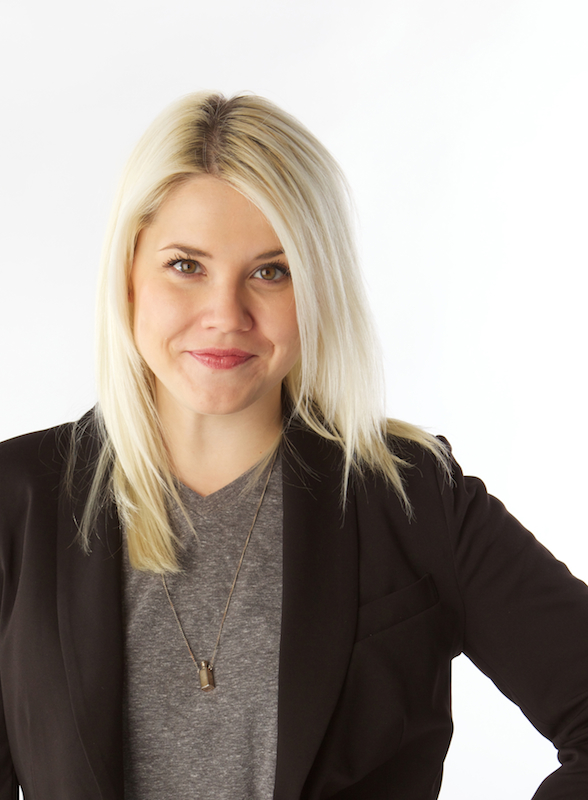 How did you end up on Alison Rosen’s podcast?

Our friendship started over social media. She went out a date with one of my co-workers at The Daily Show and then she ended up inviting him on her U-Stream show. One day, she invited me to come on. I think we really connected and her fans liked me. So I went on it a few times after that. We stayed in touch. I was always interested in what she was up to because she’s fabulous, obviously.

When I moved out to LA, I knew she was here. She reached out to me to [to come on her podcast]. We have a real natural chemistry and friendship. I started coming on pretty regularly and I’ve been helping out ever since then. Alison is someone really easy to be friends with. She’s someone you can talk to. You feel safe around her. She’s so not judgmental. You can have differences and still be great friends.

I love being on her podcast. I feel like it’s my break during the week. I get to come out, be with friends, relax and have fun. I’ve always felt like she has my back and I have her back. We have a great relationship.

How did you start #SorryNotSorry? How did your husband, Allan Moss, end up being your co-host?

Before I was on Alison’s show, I was doing a lot of radio work for a station in Utah, where I’m from. I’ve always been really interested in it, so Alison invited me on her podcast and I got thrown into this world of podcasting. I was sort of interested in the art and realized maybe this would be something fun for me to do. So, I talked to my husband who said [he] always wanted to do it. The podcast is so much fun. We’ve only done 40 episodes, so it’s on the newer side.

Tell me about Meet The Mormons, which is currently available on Netflix and iTunes.

I’m the host and narrator of Meet The Mormons. At first, the movie was just a small project. It was going to be a documentary that would be released through the Mormon Church. It’s about six families who are Mormon and they’re all over the world. There’s a family in Nepal, Costa Rica, and couple of families here in the states. The documentary just talks about their lives. The movie did really well with test audiences, so they released it in movie theaters last October.

It’s just of a feel good documentary about Mormons. It isn’t so much about the doctrine of the church, but really it’s a look into the lives of Mormons and how their faith influences their lives.

What’s next for you?

I would love to keep the podcast going and growing. I also want to write a book about my life- about the experiences I’ve had being a Mormon working in the entertainment industry. My dream would be to have some kind of television show. Or even a web series of some kind. I love TV. It’s where my heart is. For now, I’m just having a grand old time. I’m happy to keep writing and doing standup. I like to keep the door wide open. I’m ready for whatever is coming.

Interviewer's Note: On Thursday, Jenna officially announced her "latest project," which is due is about six months. Watch the video below to see Jenna's announcement. You can follow Jenna (and baby) on Twitter!