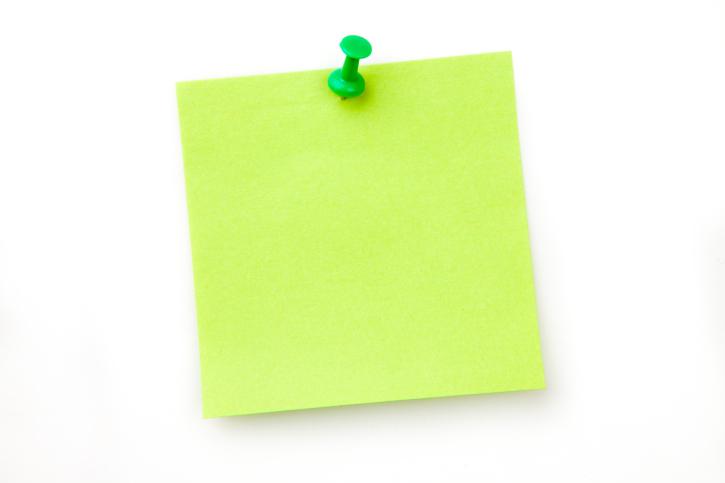 Remember that episode of Sex and the City when Berger dumped Carrie via Post-It note? He wrote: "I'm sorry. I can't. Don't hate me," and subsequently slunk out of Carrie's apartment while she slept. You probably thought this break-up was so unbelieably lame and despicably low, it could never happen in real life. Well we're here to tell you, it just did.

Seriously. A woman filed for divorce after her hubby communicated solely through Post-It notes for 15 years. While we could never condone the Post-It approach to breakups, this got us thinking: are there any fictional breakup approaches that could be used successfully in real life? Actually, yes there are.

1. Getting dumped while completely naked

One of the best breakup movies of all time, Forgetting Sarah Marshall, opens with the protagonist (Pete) getting dumped by his smokin' hot TV star girlfriend (Sarah) while he's butt-naked post-shower. Thank you, Jason Segal, for braving the full-frontal penis shot (PS: if you see this, I'm single).

When to use this approach: If you think you're going to be broken up with—and want your ex-lover to be detested by anyone who hears the story of how it ended—try to work it so you're vulnerable and nude during the breakup. This is guaranteed to make them look like pretty much the worst person ever.

Ahhh, Gone with the Wind. What a classic. If you've seen the film (or read the book), you already know that Scarlett O'Hara is a both a brat and a generally terrible person. Rhett Butler put up with her shenanigans for a surprisingly long time before finally turning the tables. As he's ready to leave Scarlet forever, she pitifully comes running down the stairs crying out, "Where shall I go? What shall I do?" To which Rhett epically retorts: "Frankly my dear, I don't give a damn."

When to use this approach: If you're being mistreated in a relationship, cut things off with these empowering, no-nonsense eight words. Your flame will feel the wrath...and you'll feel amazing.

Whatever your feelings are about Woody Allen (our take: bleh), it's clear the dude has made some stellar movies, including the sublime Annie Hall. This film follows the love affair between Alvy and Annie in a surprisingly realistic way. And when they reluctantly realize their relationship isn't working, Alvy cuts it off using this amazing line: "A relationship, I think, is like a shark. You know? It has to constantly move forward or it dies. And I think what we got on our hands is a dead shark.”

When to use this: approach: If you want to break free but don't blame the other person for the relationship's demise, this kind of brutal honesty undercut with humor is a healthy way to go.

4. When in doubt, just dance

Before he was Ron Burgundy, Will Ferrell was generating hilarity on Saturday Night Live. The skit spin-off movie Superstar cast Ferrell as Sky, a (yes) token hot dude in high school. After Sky's equally bodacious babe girlfriend—Evian—acts cruelly to a less popular girl, he gets upset and decides to break things off. How? By showing Evian a ridiculous dance move he's created called "Move On With Your Life."

When to use this approach: Anytime you need to put a mean soon-to-be-ex-lover in their place, this will show them that you're so over it, you're dancing about the breakup. (Sick burn!)

In one of his more serious (and, in my opinion, best) roles, Jim Carrey plays Joel, one half of a terribly suited couple in Eternal Sunshine of the Spotless Mind. His girlfriend, Clementine (played by Kate Winslet, rocking multicolored hair and an American accent), visits a doctor to have Joel erased from her memory. Oh, but she doesn't tell Joel. She just changes her number and gets the procedure. Cold.

When to use this approach: Never in cinematic history has one's intentions been so clear. If you want someone out of your life forever, nothing will send a better message that this. Even better, the movie doctor assures us that the procedure is safe—it's on par with a "night of heavy drinking."

Image: Empty, just waiting for you. Courtesy of, ThinkStock