No, I’m Not A Tease; I’m Still Coping With My Rape 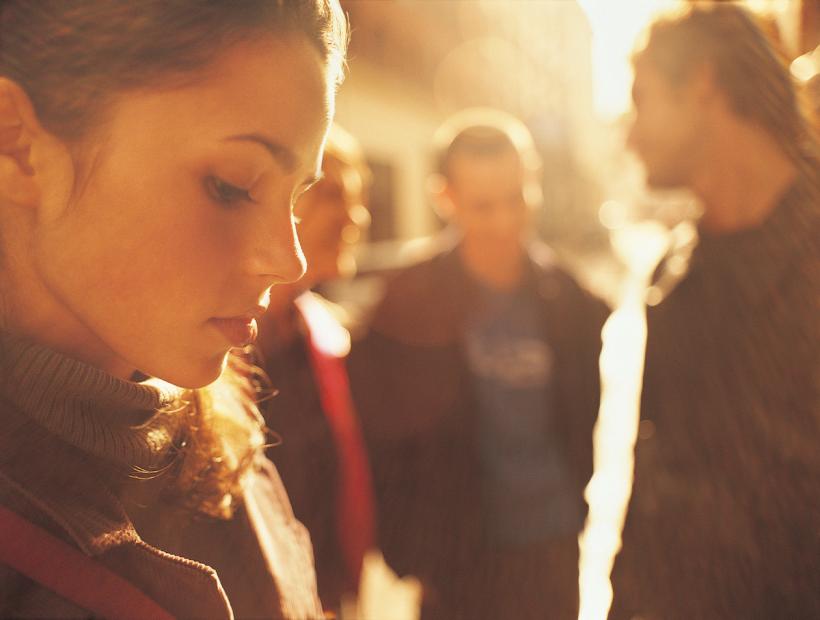 Me telling a boy “no” should be the end of the discussion.

Most of them roll their eyes.

Once I tell them no, firmly and assuredly, they’ll shrug their shoulders, some will laugh, but most roll their eyes. I say I’m just not ready for that level of intimacy yet, that I don’t want to jump in, and they couldn’t care less.

They say I’m a tease, that I’ve been leading them on. Why did I send winky-face text messages if I wasn’t prepared to f*ck them on the first date? Why is one of my profile pictures of me in cut-off shorts, when I know I won’t be getting down on my knees after we first meet? I’m a tease, a f*cking slut, they say.

And for far too long, I believed them. I hated myself, hated that I was leading them on, pretending to be okay with casual sex when I knew I probably wasn’t.

But not everything is so simple, and, unfortunately, learning that I was raped wasn’t something that came easily, or quickly. It was nearly a year-long process of nightmares, minor PTSD, and a  crippling form of my anxiety that changed me in multiple ways.

Hey, when you put your arm there I can still feel my blood turning cold and heart pounding when my rapist did the same thing. No, I don’t want to get another drink right now because that’s what happened with my rapist. When you pin my arms down, it isn’t sexy. It’s traumatic.

Today’s online dating culture, filled with swipes, unrequested dick pics, and one night stands, means that signals get crossed. It means that a simple winky-faced emoji, while innocent enough to me, can tell any (entitled, selfish, gross) guy that I’m DTF. For some reason, being nice to men online is, in their eyes, an invitation to sex. For the majority of guys my age online, a girl being okay with casual sex means that they’re “cool” — that they’re fun, easy breezy. And I fell into the trap.

When I first moved to Washington, D.C. after graduating college and taking a job offer up here, I was excited to finally be single in a big city. I’d grown up in small-town Texas, where the dating pool didn’t extend beyond classmates, and I was in no way interested in that. In college, that pool widened a bit, but it wasn’t easy. I hadn’t had my first kiss until my freshman year, 18 years old, sitting in a dorm room, awkward and afraid. It was clear that I had lived a sheltered life, up until that point.

And boys noticed, too. Fortunately, or unfortunately, my innocence was a selling point to guys. It made me seem untouched, like I had been waiting just for them. Twisted as it may sound, that was what a majority of the guys I was involved with in college told me. It got to a point where it almost felt like verbal abuse. Like my purity ring from my mom was just some guy’s easy way to come at me with a pickup line. So, I started lying.

I made guys believe that I was more experienced than I was, so they wouldn’t think they were anything special. I flirted back when I was sent sexts, however uncomfortable I was. I thought it was the norm, that it was what I was supposed to do, the way I was supposed to act.

Of course, none of this really mattered, until it mattered too much.

Halloween of 2015, I barely remember anything. I went out with my best friend, and we both got more drunk than usual. Painfully ironic as it is, I was dressed as a deer that night, doe-eyed and unassuming. When the tall blonde with the accent offered to buy me a drink at the bar, I didn’t think anything of it.

Two drinks later, the night escaped me. It’s a sequence of blurry shots, something out a music video with abstract meaning. I can remember being on a bus, and then giggling, sitting on my bed with the blonde, my friend, and another guy, watching some scary movie, fading into darkness as the minutes went by.

Soon, my friend was gone. Where? I don’t know. But it felt like a curtain had gone down, and I couldn’t move, couldn’t speak. The tall blonde was on top of me, and I didn’t know what to do. I uttered a “no,” but he ignored me, deciding to kiss my neck instead. It was all PG at that point, so I just stayed still. But when I opened my eyes again, and his pants were off, hands struggling to remove my skirt, I panicked. Another “no,” went unnoticed, and then he whispered something in French in my ear. Then he laughed. The subtle kind, like when you share an inside joke with a best friend. But that wasn’t what was happening.

He kept pushing, kept shushing me. I was in and out of unconsciousness, but when he was inside, I was awake. I was frozen but awake. He wouldn’t stop, no matter how much I struggled, told him to stop. I blacked out again, the gin hitting me hard, and woke up to go to the bathroom, where I discovered blood and a realization that I couldn’t stand.

Almost a year later, I was still unsure as to whether or not I was raped. Because of how I was raised, how rape victims are treated, and the feeling that I had “led him on,” I thought it was my fault.

In all honesty, I still struggle with that. And now, as I attempt to get myself out there more, I’ve learned that “coping with my rape,” isn’t exactly the sort of bio you put on your Tinder or Bumble profile. But then, when a kiss starts to turn into something more, I don’t know what to say.

Hey, when you put your arm there I can still feel my blood turning cold and heart pounding when my rapist did the same thing.

No, I don’t want to get another drink right now because that’s what happened with my rapist.

When you pin my arms down, it isn’t sexy. It’s traumatic.

I don’t know how to say any of those things, don’t know how to make it clear that I have no interest in hooking up right away, or that, maybe if I did want to, I am so afraid of where it will take my mind. That the mere act of having sex again meant I would have to face my rape, head on, and be reminded of it.

And then: the eye rolls, the chuckles, and head shakes. The muttering that I’m a tease. I’ve been leading them on. What the f*ck, Korey? They demand, hand still too far down. And at first, I feel guilty; I feel bad.

Because didn’t I lead them on? Sending winky-faces and saying a simple “lol” when they texted they couldn’t wait to f*ck. I’m a pushover, but also a bitch, aren’t I?

I have to remind myself of this at least once a week. I have it written in three of my notebooks, actually. I am not a tease. I am still coping with my rape.

Me telling a boy “no” should be the end of the discussion. And when it isn’t (which is so often the case), I start to doubt myself. I was raised to follow the direction of men, to always listen to the good ol’ boys who know best. So when they tell me I’m a tease, my instinct is to believe them. But, what makes me a tease, exactly? The fact that I was friendly, flirty, interested in a possible relationship? Or the fact that I, when their hands linger and hips thrust, said “no”?

Learning that it’s okay to change my mind and that I have nothing to feel guilty about when I don’t want to sleep with a guy has been one of the greatest revelations of my life. My rape changed me, completely. I was abstinent, before, and I’m still struggling to learn what I want. And if any guy has a problem with that, then they’re not worth it.

If you or someone you know has been sexually assaulted, you can get immediate help online through RAINN or by calling the National Sexual Assault Hotline 1-800-656-HOPE.

If you like this article, please share it! Your clicks keep us alive!
Tags
Rape
date rape
recovery from trauma
trauma
PTSD
dating

No, I’m Not A Tease; I’m Still Coping With My Rape
Korey Lane