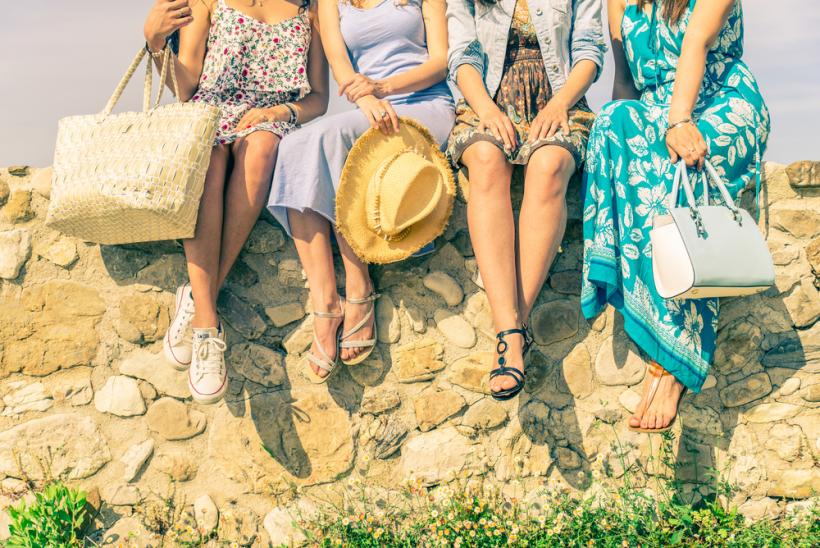 It's okay to dump your friends — even friends who have been there for you in the past.

This article first appeared on SHE'SAID'  and has been republished with permission.

There’s a big difference between someone you can get along with at school or work, basically because you’re forced to, and someone with whom you actually want to spend the few precious moments you have to yourself.

Some people say once you’ve been friends with someone for seven years, you’re bound for life. I don’t know how true that is, but my friends that’ve lasted that long are permanent fixtures in my life. I can’t imagine how I’d get by without them to support me, or just plain distract me, when my life seems to be moving in a decidedly sideways direction.

But I’ve had pretty crappy friends who hung around for a while too. One of them was in my life for nearly a decade before I realized how bad she was for me.

I had zero self esteem in high school. I was dumped unceremoniously into the world of public school cliques without being part of one, so I clung to anyone nice enough to let me sit at their table. I was a huge nerd – and not in the ‘cool’ way. I loved tabletop gaming and Japanese RPGs, and I had a really bad drawing of an anime character done on my backpack in Sharpie. Let’s just say I wasn’t exactly picky.

Nevertheless, I managed to make one really good friend. The longer we spent together, the more we came to rely on each other. We’d spend entire weeks of the summer reading each other’s fantasy novels and scouring the town for subtitled VHS tapes of our favorite anime to rent. We went to RenFaires and conventions, and once we were old enough, we roomed together.

Perhaps predictably, it ended badly. I was finally growing into my own; finally figuring out that I deserved good things from my friends. It wasn’t that she treated me particularly badly; there’s no one event I can point to that makes her a bad person. She just seemed to only be interested in me when I could pick her up from the bus station, or buy her a pizza, or listen to how awful her day was.

It took me a long time to wake up to the fact that this was not a normal balance in a friendship. Friendships are supposed to be two way streets. Your value is much, much greater than what you can give to other people.

You’re worth getting as much as you give.

It was a rough lesson to learn. With the help of a therapist, I learned about setting boundaries. But as soon as I started setting them with her – “I can’t pick you up at one in the morning, I have work at eight,” or “No, I can’t cover your rent because you blew all your money at an anime convention” – she started treating me like I was a terrible person.

This wasn’t a shallow friendship. She was there with me the night they pulled the plug on my girlfriend’s life support. I was there when her grandmother, the woman who raised her, died and she was left with no options. We’d been through some seriously thick business together. But that didn’t mean it was all right for her to treat me like I was lesser, or behave as if her needs were more important than mine.

It’s so easy to fall into a pattern where we give and give until there’s nothing left. It’s so hard to realize that we deserve every ounce of the love we keep trying to give to other people.

It's okay to dump your friends — even friends who have been there for you in the past.

Past goodwill only goes so far. A rough patch is one thing; refusing to treat you well or listen to you or respect your boundaries is quite another.

Remember today that you deserve good things and good people, and that you do not have to hang on to friends who refuse to treat you in kind.

16 Signs Your Best Friend Is Your Soulmate

Why I Gave Up My Best Friend For My Boyfriend

If you like this article, please share it! Your clicks keep us alive!
Tags
bad friends
toxic friends
Friendship
self-esteem
self-love