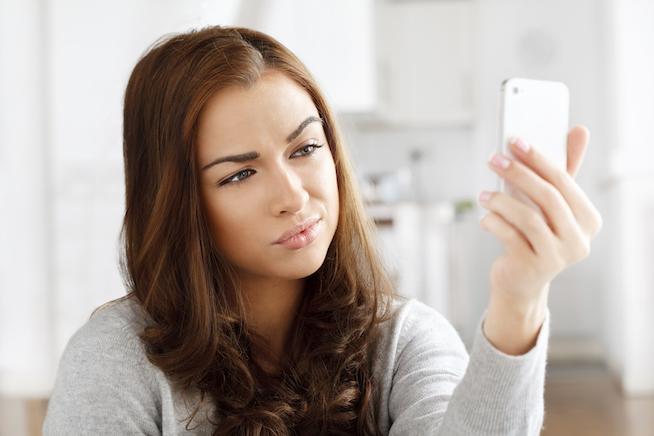 How did we ever MANAGE with this imposing, masculine brick?!

Great news, Laydeez! Someone has finally decided to hone in on the scourge of rectangle shaped phones that have been plaguing us all! After all, everyone knows women can’t use rectangles!

In the stupidest new product release since those Bic For Her pens, a company called Cyrcle is trying to market a round smartphone to women. The photos look like a cross between a powder compact and the plastic case for birth control pills. When flipped open, what it does not look like is a device that can be used to send texts or emails, because the screen is too tiny and how the fuck do you balance something without a bottom edge while typing with your thumbs?

The descriptions of this phone and why women need it include a treatise on how “unattractive” we look holding rectangular phones, evoking images of “moms at a volleyball practice pecking like chickens into their mobile phones.”

Because dudes on the commuter train pecking at their phones like roosters are so hot?

The phone so far has the incredibly low-tech vibe of a kid who uses a set of old casters attached to a 2x4 to make a skateboard. The case is 3-D printed, and the phone itself is a DIY dealie with parts from a kit. The creators hope to release a 2G version this summer and upgrade to a 4G model with an Android operating system in 2017.

Far from being the hot new accessory that will fit nicely in one of those tiny red carpet clutches that Brie Larson might carry, this seems more like a middle school science fair project, minus the sparkly Hello Kitty accents that would at least give it some kitsch appeal.

If you like this article, please share it! Your clicks keep us alive!
Tags
Cyrcle
smartphone for women
please be a joke