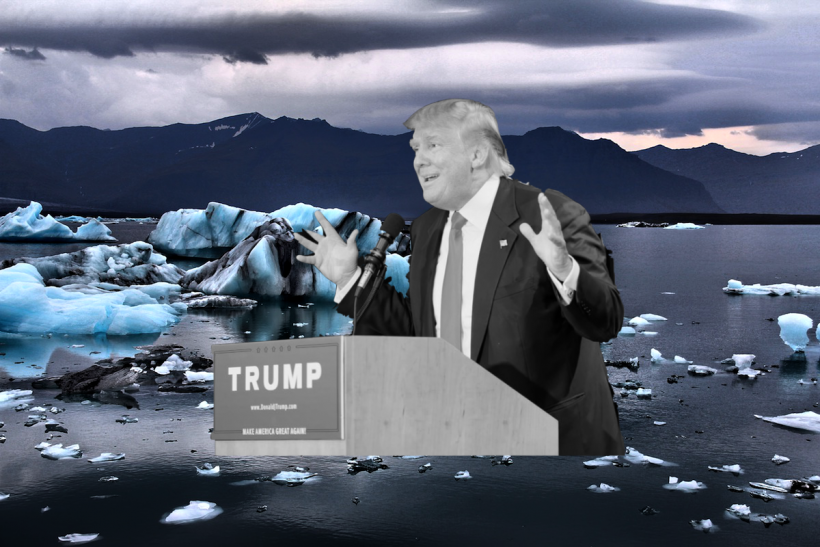 The incoming Trump administration is taking aim at climate change — and probably not in the good way.

A couple of weeks ago, Trump and Co. made waves when they circulated a questionnaire to employees of the Department of Energy asking for names of who had been engaged in climate change research. The questionnaire was completely without precedent; usually incoming presidents don’t kick things off by asking about what conferences government employees attend. It’s a Totally Not Normal thing to do. It was so not normal that the Department of Energy refused to comply with the request, which caused the Trump folks to do that thing they do where they deny objective reality and say it didn’t happen, it was a mistake, stop being so touchy liberals, c’mon.

Then they got revenge on the whole Department by nominating Rick Perry for Energy Secretary, a man who famously forgot that the agency exists.

OK, there's no evidence that the appointment was revenge — but really? Would anything surprise us anymore?

The next two questions were “Do people really like polar bears so much?” and, “If I buy property a few miles inland on the Gulf Coast, how many years until I can market it as ‘beachfront’? And can we speed that process up?”

OK, again no evidence that the latter were real questions, but WHAT IS EVEN REAL????

Given that a number of high level Trump associates — and even Trump himself — have expressed skepticism about climate change being a real, human-created problem for us all, this curiosity about how the US government addresses the issue does not bode well. The Trump team, which is currently refusing to divest from their many business holdings, are probably trying to figure out how to end government-funded climate change science or how to make money from it, but sneakily. Nothing obvious. Something that might not appear on a tax return if they were ever forced to release one, god forbid.

While the Trump team is distributing questionnaires, 97% of scientists remain in agreement that climate change is real, it’s happening, it’s the human race’s fault, and America should really be part of the effort to stop it.

If you like this article, please share it! Your clicks keep us alive!
Tags
election 2016
donald trump
Climate Change
Politics
environmental politics