Why You Should Go Ahead And Give Your Dog Table Scraps 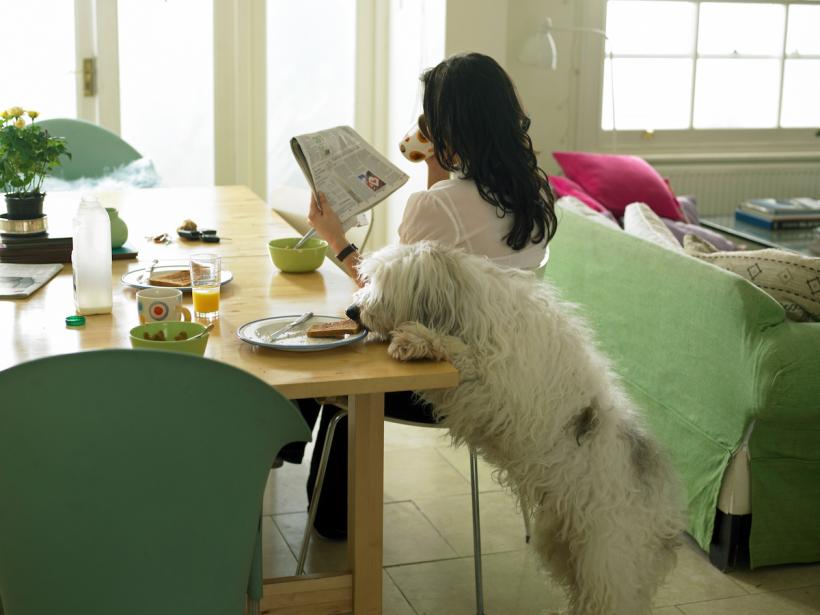 Your dog was destined to be your best friend. It’s SCIENCE.

I don’t know that we actually needed more studies to demonstrate that dogs are the best, but there’s a new one showing that dog digestive systems actually evolved to handle human food. Researchers have studied the DNA of 7,000 year old wolves (taken from their bones, not from time travel experiments involving dogs) and modern day puppers and have found that their genes have changed over the millennia. While the doggies of yesteryear were primarily meat eaters, dogs who became domesticated adapted to eat a more grain-rich diet that they could get from humans.

No one knows exactly how dogs and humans got to be such good friends. One theory is that wolves started following us around and basically domesticated themselves. If I had to guess, I’d say the ancient wolves were hanging around begging for table scraps. They were so cute that the humans gave them some, and neither dogs nor people ever looked back.

Ancient dogs were good companions of the same reasons modern dogs are. They’re good for being alert to danger, they’re loyal and protective, and they snuggle up to you at night and ask for tummy rubs. Dog stuff.

I’m seeing two real takeaways here. One is that all those grain-free dog foods are probably a marketing ploy unless you’re feeding a 7,000 year old wolf. The other is that I no longer feel weird about feeding the dog the crusts I cut off my daughter’s toast. I’m simply following in the steps of early dog owners and the wolves who loved them.

If you like this article, please share it! Your clicks keep us alive!
Tags
dogs
pets
animals
puppers
science
good news