The Reality That All Women Experience That Men Don't Know About 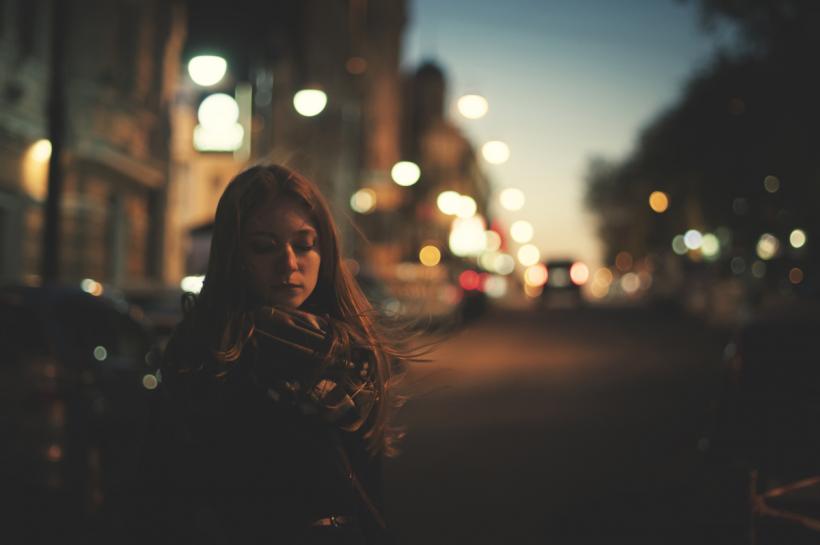 We are acutely aware of our vulnerability.

There’s this thing that happens whenever I speak about or write about women’s issues — things like dress codes, rape culture, and sexism.

I get the comments: Aren’t there more important things to worry about? Is this really that big of a deal?

Aren’t you being overly sensitive?

Are you sure you’re being rational about this?

Every. Single. Time. And every single time I get frustrated. Why don’t they get it?

I think I’ve figured out why.

Hell, even though women live it, we are not always aware of it. But we have all done it.

We have all learned, either by instinct or by trial and error, how to minimize a situation that makes us uncomfortable. How to avoid angering a man or endangering ourselves. We have all, on many occasions, ignored an offensive comment. We’ve all laughed off an inappropriate come-on. We’ve all swallowed our anger when being belittled or condescended to.

It doesn’t feel good. It feels icky. Dirty. But we do it because to not do it could put us in danger or get us fired or labeled a bitch. So we usually take the path of least precariousness.

It’s not something we talk about every day. We don’t tell our boyfriends and husbands and friends every time it happens. Because it is so frequent, so pervasive, that it has become something we just deal with.

So maybe they don’t know.

Maybe they don’t know that at the tender age of 13 we had to brush off adult men staring at our breasts.

Maybe they don’t know that men our dad’s age actually came on to us while we were working the cash register.

They probably don’t know that the guy in English class who asked us out sent angry messages just because we turned him down.

They may not be aware that our supervisor regularly pats us on the ass.

And they surely don’t know that most of the time we smile, with gritted teeth, that we look away or pretend not to notice. They likely have no idea how often these things happen. That these things have become routine. So expected that we hardly notice it anymore. So routine that we go through the motions of ignoring it and minimizing.

Not showing our suppressed anger and fear and frustration. A quick cursory smile or a clipped laugh will allow us to continue with our day. We de-escalate. We minimize it. Both internally and externally, we minimize it. We have to. To not shrug it off would put is in confrontation mode more often than most of us feel like dealing with.

We learn at a young age how to do this. We didn’t put a name or label to it. We didn’t even consider that other girls were doing the same thing. But we were teaching ourselves, mastering the art of de-escalation. Learning by way of observation and quick risk assessment what our reactions should and shouldn’t be.

We go through a quick mental checklist. Does he seem volatile, angry? Are there other people around? Does he seem reasonable and is just trying to be funny, albeit clueless? Will saying something impact my school/job/reputation? In a matter of seconds we determine whether we will say something or let it slide. Whether we’ll call him out or turn the other way, smile politely or pretend that we didn’t hear/see/feel it. It happens all the time. And it’s not always clear if the situation is dangerous or benign.

It is the boss who says or does something inappropriate. It is the customer who holds our tip out of reach until we lean over to hug him. It’s the male friend who has had too much to drink and tries to corner us for a “friends with benefits” moment even though we’ve made it clear we’re not interested. It’s the guy who gets angry if we turn him down for a date. Or a dance. Or a drink.

We see it happen to our friends. We see it happen in so many scenarios and instances that it becomes the norm. And we really don’t think anything of it. Until that one time that came close to being a dangerous situation. Until we hear that the “friend” who cornered us was accused of rape a day later. Until our boss makes good on his promise to kiss us on New Year’s Eve when he catches us alone in the kitchen. Those times stick out.

But all the other times? All the times we felt uneasy or nervous but nothing more happened? Those times we just go about our business and don’t think twice about.

It’s the reality of being a woman in our world.

It’s laughing off sexism because we felt we had no other option. It’s feeling sick to your stomach that we had to “play along” to get along.

It’s feeling shame and regret the we didn’t call that guy out, the one who seemed intimidating but in hindsight was probably harmless. Probably.

It’s taking our phone out, finger poised over the “Call” button when we’re walking alone at night. It’s positioning our keys between our fingers in case we need a weapon when walking to our car.

It’s lying and saying we have a boyfriend just so a guy would take “No” for an answer.

It’s being at a crowded bar/concert/insert any crowded event, and having to turn around to look for the jerk who just grabbed our ass. It’s knowing that even if we spot him, we might not say anything.

It’s walking through the parking lot of a big box store and politely saying Hello when a guy passing us says Hi. It’s pretending not to hear as he berates us for not stopping to talk further. What? You too good to talk to me? You got a problem? Pffft… bitch.

It’s not telling our friends or our parents or our husbands because it’s just a matter of fact, a part of our lives.

It’s realizing that the dangers we perceive every time we have to choose to confront these situations aren’t in our imagination. Because we know too many women who have been abused, assaulted or raped.

It occurred to me recently that a lot of guys may be unaware of this.

They have heard of things that happened, they have probably at times seen it and stepped in to stop it. But they likely have no idea how often it happens. That it colors much of what we say or do and how we do it. Maybe we need to explain it better. Maybe we need to stop ignoring it ourselves, minimizing it in our own minds.

The guys that shrug off or tune out when a woman talks about sexism in our culture? They’re not bad guys. They just haven’t lived our reality. And we don’t really talk about the everyday stuff that we witness and experience. So how could they know?

So, maybe the good men in our lives have no idea that we deal with this stuff on a regular basis.

Maybe it is so much our norm that it didn’t occur to us that we would have to tell them.

It occurred to me that they don’t know the scope of it and they don’t always understand that this is our reality. So, yeah, when I get fired up about a comment someone makes about a girl’s tight dress, they don’t always get it. When I get worked up over the everyday sexism I’m seeing and witnessing and watching… when I’m hearing of the things my daughter and her friends are experiencing… they don’t realize it’s the tiny tip of a much bigger iceberg.

Maybe I’m realizing that men can’t be expected to understand how pervasive everyday sexism is if we don’t start telling them and pointing to it when it happens. Maybe I’m starting to realize that men have no idea that even walking into a store women have to be on guard. We have to be aware, subconsciously, of our surroundings and any perceived threats.

Maybe I’m starting to realize that just shrugging it off and not making a big deal about it is not going to help anyone.

We are acutely aware of our vulnerability. Aware that if he wanted to, that guy in the Home Depot parking lot could overpower us and do whatever he wants.

We are sexualized before we even understand what that means. We develop into women while our minds are still innocent.

We get stares and comments before we can even drive — from adult men.

We feel uncomfortable but don’t know what to do, so we go about our lives. We learn at an early age, that to confront every situation that makes us squirm is to possibly put ourselves in danger. We are aware that we are the smaller, physically weaker sex — that boys and men are capable of overpowering us if they choose to. So we minimize and we de-escalate.

So, the next time a woman talks about being cat-called and how it makes her uncomfortable, don’t dismiss her. Listen.

The next time your wife complains about being called “Sweetheart” at work, don’t shrug in apathy. Listen.

The next time you read about or hear a woman call out sexist language, don’t belittle her for doing so. Listen.

The next time your girlfriend tells you that the way a guy talked to her made her feel uncomfortable, don’t shrug it off. Listen.

Listen because your reality is not the same as hers.

Listen because her concerns are valid and not exaggerated or inflated.

Listen because the reality is that she or someone she knows personally has at some point been abused, assaulted, or raped. And she knows that it’s always a danger of happening to her.

Listen because even a simple comment from a strange man can send ripples of fear through her.

Listen because she may be trying to make her experience not be the experience of her daughters.

Listen because nothing bad can ever come from listening.

If you like this article, please share it! Your clicks keep us alive!
Tags
rape culture
sexism
#StopSexism
toxic masculinity
Sexual Assault
Rape