The 'Smart Straw' Can Detect Date-Rape Drugs In Real Time 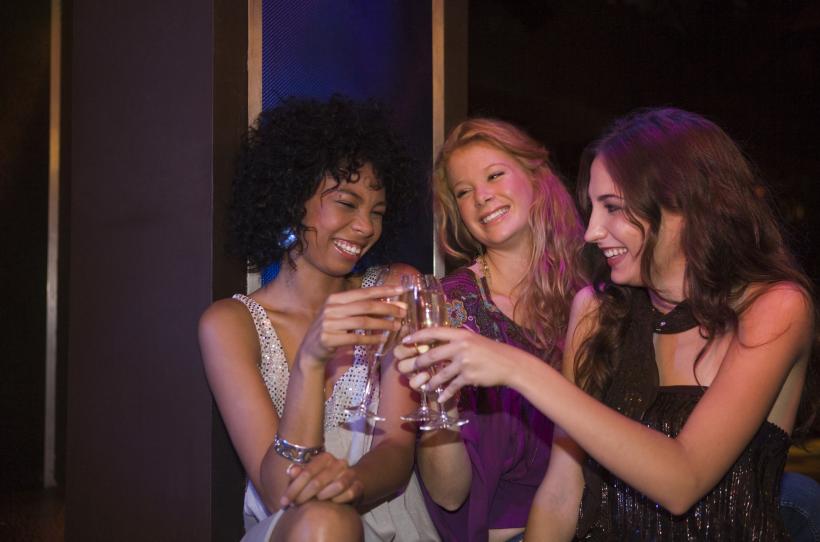 The young women invented the Smart Straw, a drinking straw that detects the presence of drugs in either alcoholic or non-alcoholic drinks.

The issue of rapists using drugs to force themselves on unsuspecting victims is probably as old as the invention of drugs. In today's world, we sadly all know stories about people who found themselves rendered insensible by an attacker slipping a dose of a so-called date rape drug into their drink. Once these drugs take effect, the person who ingests them will find themselves disoriented and confused or even passed out entirely. Their memories will be affected, they will be unable to issue consent — but also unable to fight back.

These stories are why every mother sends their child into the world with the admonition, “Don’t let anyone else bring you a drink. Always keep your eye on your drink.”

Now three young women in Florida have created a tool for detecting drugs in liquids, and they are winning well-deserved attention and awards for their work.

Susana Capello, Victoria Roca, and Carolina Baigorri met in an entrepreneurship class at Gulliver Prep High School in Miami. Once the three of them teamed up, they decided that they wanted to address the problem of drugs used for sexual assault.

Together, the young women invented the Smart Straw, a drinking straw that detects the presence of drugs in either alcoholic or non-alcoholic drinks. You slip the straw into a drink and a strip at the bottom changes color if drugs are present.

If you’re reading this with your mouth hanging open over the sheer, simple brilliance of this idea, you’re not alone. I’m so impressed with this that I’m speechless. I want to buy dozens of the straws and start giving them as graduation gifts.

The straw itself literally looks like any drinking straw you see in a restaurant. It would be easy to carry it in your purse or pocket and dip it into a drink in any setting. You could dip it into your friend’s drink. You could pass it around a party so everyone could test their drink and send a hell of a message to would-be rapists. This straw is truly amazing!

The three inventors are in talks with patent lawyers and are planning a KickStarter campaign to get their business up and running. Hopefully they’ll get these amazing straws in production soon!