Stop With The Body-Shaming Already! 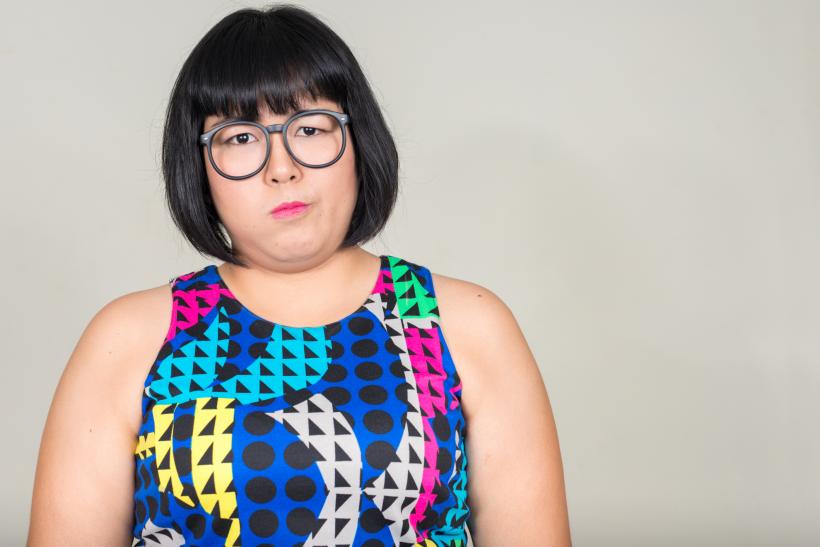 I have detested body-shaming for a long time, and not just because of my own personal history.

The words – loaded like bullets into the sentence that was being directed at me – stung deeply. I was only ten years old, and although I was likely carrying a small amount of puppy fat, being told I was fat was like the end of the world. I was fat, and the implication was that I was too large for ballet, and too large to ever even attempt to be the main ballerina in an upcoming recital.

That was three decades ago, and the words that were directed at me on that balmy Sunday morning were part of the reason why I spent my teens and twenties struggling with anorexia. They were part of the reason why food freaked me out to the point where I no longer ate; when my relationship with food became more or less normal, however, I would binge eat and then hate myself for weeks afterwards. Between my anorexia, my binge eating, my depression, and my PCOS diagnosis, my poor body was suspended like a leaf in the wind while my health took a nosedive. It took me a long time to get better; it was a hard battle, and I won. Eventually.

We need to understand and accept that our self-worth is not equivalent to the amount of space our bodies occupy in this world.

So it was with a sense of shock that I recently saw that this t-shirt was advertised for young girls. “Nothing Tastes As Good As Skinny Feels,” it screams. I bristled as I clicked through and discovered that the t-shirts were pulled from the site after they were protested. “What kind of message are we sending to young girls?” I thought. Pat came the answer: the same one we have for far too long now — that none of us are ever going to be good enough, that no matter what we look like, how much we weigh, what we eat, what we drink, and what we wear, we are always going to be too much.

Girls, teenagers, and women who don't fit in with the ideal 1 percent are all told that they are both too much and not enough, and that is reinforced everywhere.

In clothing shops where “plus-size” is another universe full of clothes that are often ugly and badly cut. On flights where standard seatbelts aren't big enough, and people have to ask for seatbelt extenders. In popular media where the kind of women who are often portrayed as successful  — who win in life, love, and everything in between — all come in one implausible size, and look and dress and live a certain way.

I have detested body-shaming for a long time, and not just because of my own personal history. I've seen how much the movement takes away from people; I've seen how much it reduces people, whittling them down until they are shadows of their former selves. I've seen popular magazines reinforce the body ideal, even though that ideal is loaded with danger at every twist and turn. I reject everything that body shaming stands for; I reject the fact that people I know have been body-shamed for being larger and skinnier than that perfect unattainable average — both in person and on social media — and I am aghast that one of those people was a seven-year old who was body-shamed by her friends.

Body-shaming cannot be allowed to continue; it cannot be allowed to roll rampant over us, enveloping us whole in its maw. Its fate rests in our hands, and we have the power to end it. We can reject that impossible ideal and embrace healthy instead, and we can understand, accept, and celebrate that healthy comes in different sizes. We can appreciate that people are people and should be allowed to be themselves to the very best of their abilities, and we can defend their collective right to be. We can reject media and publications that thrust those unachievable ideals at us. We can stop being hypercritical of ourselves and of others. We need to understand and accept that our self-worth is not equivalent to the amount of space our bodies occupy in this world. We need to reject brands that resort to body-shaming and embrace brands that embrace us.

We tell our children that they are beautiful no matter what, but we don't apply those same rules to ourselves.

We need to articulate our beauty and our uniqueness in voices loud enough for the children AND adults in our lives to hear it. We need to profess our love for ourselves as quickly and as easily as we profess our discontentment and our disillusionment. We need to stop being intolerant of ourselves and instead be accepting, and we need to understand what it says about us when we reject someone or judge them badly because they are a size we disapprove of.

The world is full of glorious differences, and that's more than okay.

If you like this article, please share it! Your clicks keep us alive!
Tags
body positivity
body politics
body-shame
end body-shame
fat positive