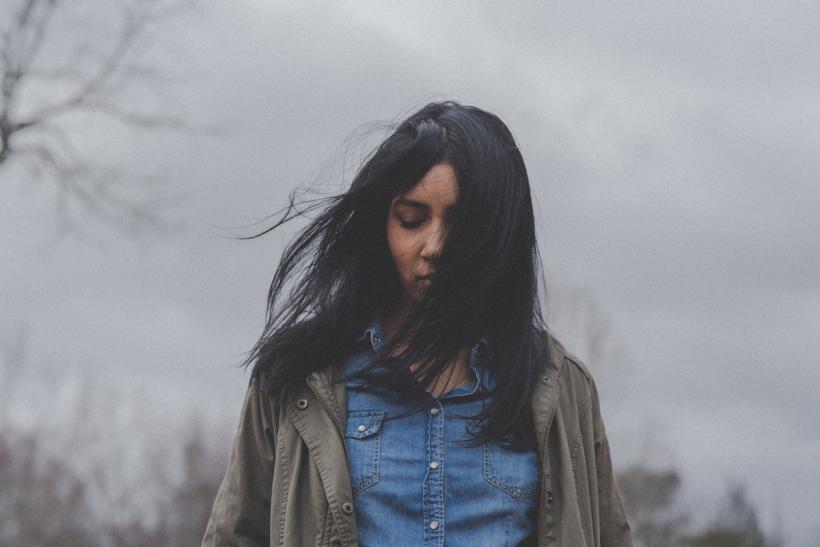 There is a ghost at my back who breathes down my neck, and no matter how fast I run or how far I move, she hovers behind me.

The thing about my ghost is that she disappears sometimes, lulling me into a false complacency of believing that maybe, just maybe, I’ve been relieved of her presence.

And then someone’s Facebook comment dings, or I get a message request, or a letter from a beloved aunt in the ghost’s familiar script arrives at my door, and I can feel her presence behind me, hear her cackle in delight.

I went to an American boarding school in Germany for high school, and there I lived with a woman who was supposed to be a mother figure. To those she crossed paths with, she was the personification of sweetness: a gentle, mid-50s missionary woman who sacrificed in order to help others.

To many of the girls I shared a home with, she was a struggle, a nuisance — someone you could, perhaps, come to understand and forgive through effort.

To me and a handful of others, she was a nightmare taken human shape, a Boggart in the Muggle world.

And to this day, she haunts me.

I don’t have physical scars to remind me of her, no bruises or cuts on my flesh that she inflicted. I don’t have memories of raised voices and flashes of violence.

Sometimes, I don’t even trust my own memories of her abuse, because I know I’m overdramatic and sometimes you fabricate memories and there’s something wrong with you, Karis, not the other way around.

I barely even have the support of those who suffered with her, because for them, memory, time, and space have dulled the sharp edges of her gentle words.

Once, when I was 16, she told me I had no integrity. She sat me down in her office and, for 45 minutes, read a letter she had written me detailing all the ways in which I failed to have integrity. The issue? I had forgotten to take the trash out on several occasions.

Another lengthy meeting in her office ended with me in tears because I had been told I was a bully — that by jokingly snapping the bra strap of one of the girls I lived with, one of the girls who was my surrogate sister, I had ripped her of her dignity.

The words “emotional abuse” stick to my throat like flies to a spider’s web, and it’s only with great strength and force that I expel them.

The last memory that stands out is when I was 17 and she gathered one of my best friends and I, again in her office, and compared us to Hitler, accusing us of using "machine-gun words" and being the reason another girl was most likely going to go to Hell. We had yelled at some girls to get off the computer — too loud, too rude, too demanding, not the kind of leadership and grace we should have exhibited — but not deserving of a Hitler comparison, I hope.

She spoke softly, never raising her voice or lifting her hands or losing the crinkle at the edge of her eyes that denoted a smile.

When she told me I had exhibited a maturity as yet unnoticed, it was with all the grace of a compliment, all the force of a bludgeon to my heart.

When she read the poem I had penned in agony, desperate to free my mind of the pain, she smiled through tears and said she loved me too much to disclose my bullying nature to my parents. She turned on an office shredder and ceremonially passed the paper through it, leaving my heart in tatters.

Although I had already begun seeing a counselor for depression before things with her reached their peak, I had not yet turned to self-harm or begun fantasizing about my own death.

It wasn’t until she spoke her sugared knife-like words over me that I began to wonder, and by wonder I mean be assured, that the world would be better off if I were gone from it.

I left her apartment and looked out the window. We were in a mountainous region, and I was gripped by a sudden fantasy. In it, I bolted down the stairs, burst out the front door and disappeared, as swiftly as possible, into the hills. I would climb, climb, climb, feeling the air become ever sharper until it pierced my lungs and shuddered my body, and then I would curl up in the snow and let death take me.

Then and only then, once I had breathed my last, would the world be free of this cancer I had become.

Emotional abuse is insidious. It’s quiet, sneaky, almost invisible to the naked eye. It’s hard for me, as someone who lived through it, to call it that.

You ask me about high school and I smile tightly and talk about the good times: the best friends I lived with who saw me through hardships; the hours perched in the fire escape of our rickety hundred-year-old house sharing secrets and prayers; the blossoming of my love for writing and its nurture by some excellent teachers. I talk about how good it was that I attended boarding school, because the education system in Italy, where I grew up, is vastly different from the one in America and it would be difficult to get into college. I wax eloquent on the beauty of the German countryside and all the things I loved.

But I stop short of telling everything.

You probe, wanting more, and I’ll reluctantly admit it wasn’t all good; I was timid, shy, and I lived with someone who — well, it’s hard to say — a psychologist friend classified it as... there’s a chance it was — probably — potentially... it wasn’t great.

The words “emotional abuse” stick to my throat like flies to a spider’s web, and it’s only with great strength and force that I expel them.

But no — even now, I feel the pain as freshly as when it was administered. Especially now, I know how vulnerable teenagers are to words and people in authority. And I shudder. I cry. I try to stand up for myself.

“[She] was emotionally abusive,” I say, trying to avoid naming her too openly, too recognizably, in order to keep from entering a game of “She said, she said.”

Because the people I love — they love her. She loved them, held them, comforted them — and in the same tone turned and stripped me of any love I might have had for myself, leaving room for nothing but furious and violent self-hatred.

I have no scars from her — unless you count the ones I self-inflicted, as I shrieked to myself that I had no integrity, was a bully, was nothing, no one, if not dangerous.

But fuck it. The way to let it win is to be silent about it. So I’ll be silent no more.

My dorm mom at Black Forest Academy in Kandern, Germany was emotionally abusive. She wrecked me. And she was aided and abetted by my classmates, teachers, administrators.

Can we stop that, please? Stop aiding and abetting abuse simply because it’s not true to our experiences? So fucking what if someone was sweet to you? They can turn right around and be a snake to someone else — destroy a life.

I’m still wounded, still broken and bleeding and crying, and all because one beautiful-as-oleander woman decided I needed fixing, and so she wrecked me.

And that’s the perennial trap, the quicksand of emotional abuse. It’s "subject to interpretation."

Well, my experience is no longer open to interpretation. I’m gonna say it now and leave it at that. I'm going to stop stumbling over my words and hiding the truth. She was emotionally abusive.

And I’m still gluing the pieces back together.

I Still Love My Abusive Ex-Boyfriend

Ask Erin: Should I Divorce My Husband?

If you like this article, please share it! Your clicks keep us alive!
Tags
abuse
emotional abuse
mental health
suicide
gaslighting
trauma