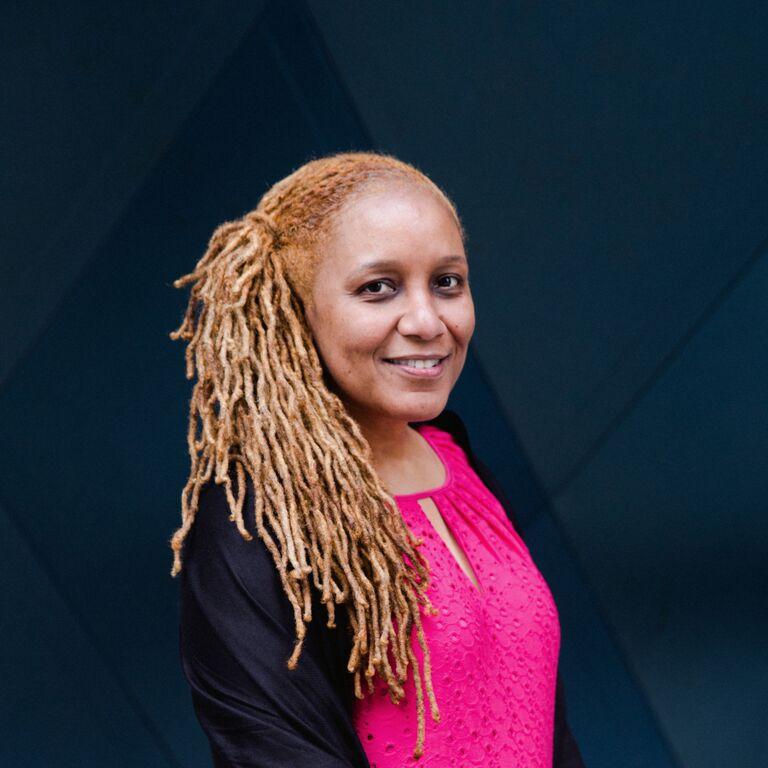 Well we're at a conference, and we're kind of looking at the city a little bit. We had a really good meal at the Slanted Door.

Oh the one in the Ferry Building?
Yeah! I also have a huge computer that's weighing down my bag, so I'm going to drop it off and we're going to do a little more walking around [in] the Mission.

What is your occupation?
I'm a college professor and this is one of my students.

So what kind of conference were you attending?
It's a national physician assistant conference.

How long have you been here in the city?
For about three days, since Friday.

What are some of the things that you want to see while you're here?
I really wanted to go to the SF Museum of Modern Art, but now it's closed! I did go to the Yerba Buena Center for the Arts though, and there's a really good exhibition there!

Oh yeah? What was the exhibition?
There's an exhibition called The Way Things Go, and it matches migration to food. [It explores] how people express themselves through food — their bitterness, their anger, or their disappointment about that cultural process. So I saw a couple of people from my country and I was like, oh my gosh!

Where are you from?
I'm from Guyana. 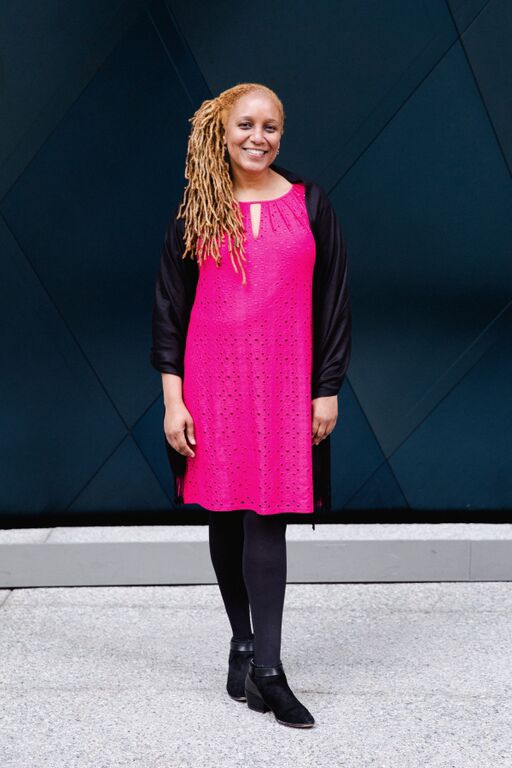 Where are you from currently?
I'm originally from New York, but now I'm living in the South. I've been living in North Carolina for about two-and-a-half years.

What drew you to the South?
A job. Also my sister moved there, and my mom is there too — she's getting older, but she's very functional. [She] gets up, cooks, cleans, gives me a lot of back talk, and I wanted to be in front of that process — God forbid it changes.

So you wanted to be closer to your mom?
Yeah, a little bit. Close, but not right on top. There can only be one queen in the house, so I keep my distance! [laughs]

What do you like most about what you do?
Probably the students. I kind of expose them to the profession and then have them find their own legs, their own dance, their own dynamic, carve out their own niche. There's a lot of possibilities.

So how did you transition from being a physician assistant to a professor?
Well, there were a lot of leaps! Actually, I was a filmmaker first. Then I went into medicine, and now I'm teaching. I'm probably going to do an ethnography/cultural anthropology degree, so that's the perfect marriage of stories and medicine. So I think I've kind of prepared all my life without even knowing it!

Have you done any fun film projects lately?
The last fun one I did was a small documentary called Speak. It was for Child Health Week for the United Nations, but it has to do with some of my work in Jamaica. It's really about how children see their health.

What was your project in Jamaica about?
We photographed children telling us what they thought was important about their lives. I worked with Heartbeats of the World on the project — they're an organization that does a lot of work with orphans with HIV in different countries — getting them care and housing and stuff like that. So we were like, well what do kids really think about their future, their lives and their prospects? So, that was what the documentary.

That sounds really cool — what was one of the most surprising things that you heard from the kids you interviewed?
You know what was really surprising? Kids don't internalize the negative things as much as adults think! You know, they speak about their lives like they're sitting at a table and they want to go to school, and they want to be educated and it's all so possible. They don't have this sense of impossibility: It doesn't come across as wishful, it comes across as a matter of fact.

I also wanted to ask you about your personal style — how did it all come about? The hair and clothes?
Oh, hair — I will tell you. Growing up in New York, everybody's dream was to be in Corporate America and there was no such thing as keeping your hair natural. When I changed over to medicine, I said, you know what? I'm going wear my hair in a way that's easiest for me. This is natural to my body. Anyone that wanted to hire me would hire me for what was in my head, not what was on my head. It wasn't negotiable. I would tell anyone, wait until you have all of your tools in your bag. That's part of earning the right to be who you are. And you know, I'm neat, it's not like it's inappropriate. People don't understand I can't wash my hair and leave it. I can't wipe it and have it fall into place. It's a form of being authentic, and not lying to myself.