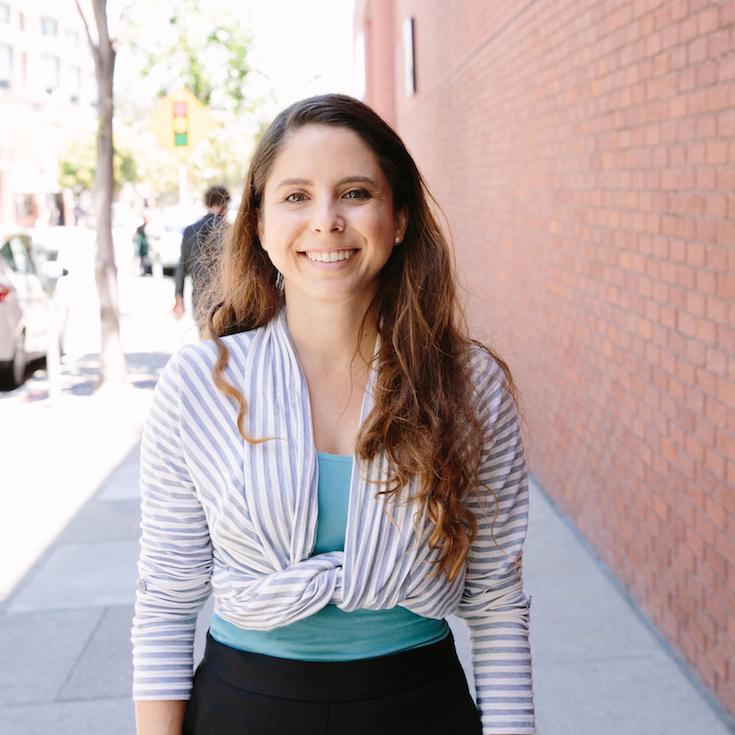 What are you up to today?
Grabbing lunch.

What is your occupation?
I'm an architectural designer.

How did you start out doing that?
When I was about 18, I thought about what I actually enjoyed doing. I realized it was creating space — public space. So I got a few degrees in that. [laughs] I was looking for something that was a little more engineering focused in architecture, because the school that I ultimately went to didn't have architecture. And then I just finished my master's.

So, creating space drew you to architecture?
Yeah, how space can contribute to society — not just for the inhabitants, but also for people who interact with it from the street.

What are some projects that you've worked on that you've really enjoyed?
Well, currently I'm working on a project with the Monterey Bay Aquarium. They're building this awesome learning center for school kids. It's very exciting. I also used to work for the city architect, so I worked on a few of the public libraries.

What's something that's caught your attention lately?
I guess, since I've been gone a few years, I'm happy to see all the little parklets that have popped up.

Where did you go?
I went to Texas, and I went abroad for a year. I've been gone from the city about four years now. Since then, I've seen more investment in public space. But contrary to that is a lot more talk about gentrification. I've gone to different festivals, and it's interesting how they tie that in to what's going on politically and also in terms of water scarcity. I went to Carnaval in the Mission, and they spoke about both. Obviously Carnaval has its own traditional heritage, but I guess the theme this year was water, specifically to talk about the water shortage in California. One of the main MCs said, "Think about it when you're showering — how you could have a bucket while you're waiting for the water to get to the temperature you want, and then use it to water plants." I thought that was very cool. 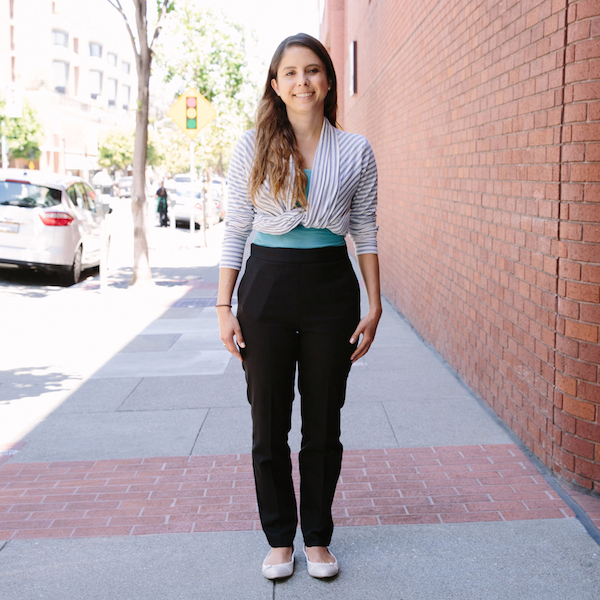 I also wanted to ask you about your personal style. I saw the top and thought it was really interesting because it twists around.
Yeah, it's actually supposed to be like — it has pockets, but I actually wanted to wear it to work and it looked a little frumpy, so I just kind of did this to it. I twisted it, and I just tucked it underneath.

Ah, so you just kind of modified the shirt!
I modified it, yeah, because it's one of those — I think it was a couple of years ago, there were those long wraps? But I bought this fairly recently because it was comfortable, but I was like, 'How can I modify it so that so that I can still wear it, have sleeves, and feel comfortable?' Sometimes my style is improvised! [laughs]