Take The Cake: #NotYourLena OR How All Fat Women Are Not The Same Person 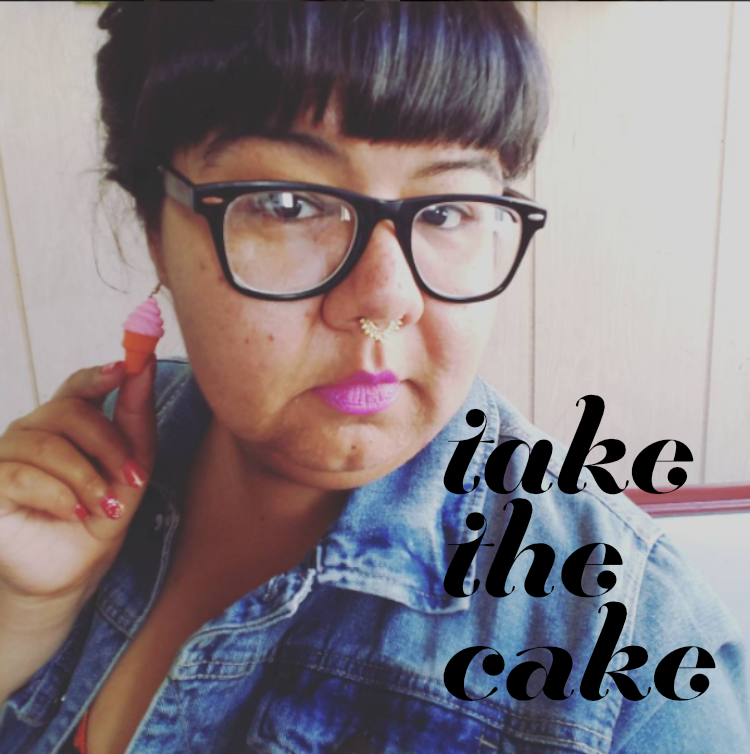 So, recently I started dipping my toe back into the poisonous dump site that is straight dating. Deep breath. The rumors are true: dating in San Francisco is especially atrocious. Okay, to be fair, being a woke and politicized fat woman places me squarely outside of the menu of desirable feminine qualities for most men anywhere.

I don't say this to demoralize people, but we have to tell the truth about what we are dealing with so we can stop pretending we aren't actually stultifyingly underwhelmed. As Samhita Mukhopadhyay points out in her book Outdated: Why Dating Is Ruining Your Love Life, the widespread effects of misogyny make love and connection quite difficult.

Like if you have been taught your whole life that I am essentially on this earth in order to make your life better and make your penis feel good, it's gonna pose a challenge to our intimacy.

Enter — dude who wrote me this in hopes of us going on a date:

Be my Lena, ok
So I'll explain. So the women who I thought was the Love of my life was you. A lil shy, Nerdy in a confident way, querky and low self confidence.

But was still in my heart.
She would carry herself as though she owned the world while carrying that inner demon of low self confidence. She had a hard outer shell. And once I entered he world she became so much more of a friend and lead me to fall for her. It was not meant to be. :(
Do I want to replace her? No but she showed me how unbelievably caring loving warm and plain nice a lil bigger women is.
Me I took care of her except for anything sex. I helped her anyway she needed.
I'm a tall smart funny sometimes nerdy and sarcastic. My sense of humor can be wicked but I'm gentle and decent.
46 6'2" Brn  hair Brn  eyes

His reply is one of many responses I have gotten from men who think fat women are: 1) All the same person and/or, 2) Magical spirit guides meant to bring them to a deeper understanding of love's mystery and wonder and/or, 3) Perpetually grateful and pliable in the face of sexual or romantic interest no matter how low-quality.

I remember living with someone many years ago who drunkenly walked into my bedroom one night and started freestylin’ love poetry and then telling me how sexy I was, like he was telling me something no one had ever heard or even imagined before. He was acting like he had found the rosetta stone or something.

Like, yeah, dude. I know I am a sexy, multi-orgasmic, super cerebral and occasionally mean boss babe. I knew you had a thing for me before you did, bro.

He wanted to have sex with me and I said no, but I was in the mood to have my belly rubbed so I made him do that for 20 minutes and then told him he had to go.

When I read this guy's reply, I saw that same dehumanization I experienced with my old housemate — that same absurdity, that same sense of entitlement to my body, my soul, my time, my love.

The only way a man can ask a stranger to kinda sorta step into the void created by another woman whose only shared quality is her fatness is if he is unable to see either of these women as full people. And this is the very heart of fatphobia — the refusal to grant fat people full humanity.

What amazed me in his email was his claim to decency. In this dude's mind, his request for me to "be his Lena" (baaarf) does not at all destabilize his idea of himself as a good person. It is mind-boggling that he cannot even see or approach me with the intention of treating me like an individual who deserves better than helping him to redeem some fantasy he himself sabotaged through his own fatphobia. This is what misogyny looks like. This is how deep it is — it is so engrained in his psyche that he can't even experience his own drive to harm another person as a reflection of cruelty that implicates you.

His response enraged me. So I wrote him back:

NO. JUST NO. WHY IN THE WORLD ARE YOU SENDING THIS MAN BABY DRIVEL TO WOMEN?

We had a brief back and forth. Clearly, he is a glutton for punishment and I am a glutton for humiliating dudes on the internet. I guess I slung one too many all-caps emasculation zingers because he started to explain himself and his position in a multi-paragraph email. I promptly deleted it once I saw how long it was. I didn’t want to read his attempt at defending the indefensible.

I am not sure if I was more angry that anyone could write this in hopes of getting a date, or that a younger version of myself would have seen nothing wrong or off-putting about this note. I might have even considered myself lucky. That’s what ends up happening after years of being emotionally bludgeoned by daily experiences of fatphobia.

There was no room to imagine my own worth. I was too deep in survival mode to imagine I could ask for anything at all. And this is the mindset that men like Lena Fan #1 prey upon.

The only way a man can ask a stranger to kinda sorta step into the void created by another woman whose only shared quality is her fatness is if he is unable to see either of these women as full people. And this is the very heart of fatphobia — the refusal to grant fat people full humanity.

At the end of the day, I don’t ever want to be somebody’s Lena.

I’m glad I don’t have to date assholes like this ever again. And, Lena, wherever you are I want you to know that I’m glad you got away from that dude; I hope you’re drinking pink moscato, listening to Dolly Parton and burning your Asshole Away incense. I know that’s what I’m doing tonight.

If you like this article, please share it! Your clicks keep us alive!
Tags
take the cake
Virgie Tovar
fatphobia
dating
dating as a fat person
dehumanization