The Trials And Tribulations Of Raising Teenagers 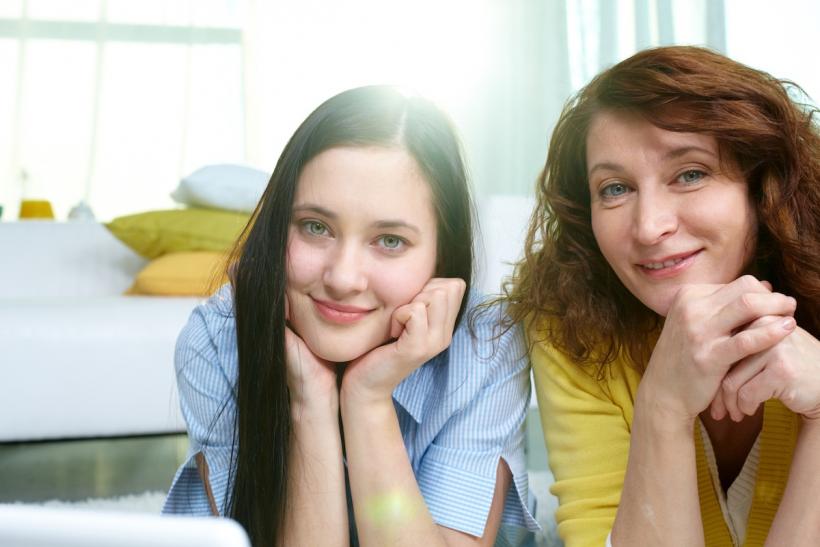 An important factor for surviving the teen years is keeping a sense of humor.

There's a popular saying that "Raising teens is like trying to nail jello to a wall" — and this is a perfect metaphor for parenting teenagers.

At times, teens can be moody, self-absorbed, overly sensitive, incredibly impulsive, dramatic, and insecure. But deep down, they're in need of parental love, patience, and guidance, despite their show of indifference.

It's an odd, transitional time for any first-time parents of teens who are struggling in a tug of war over control. A teen's need to establish their identity and independence, coupled with the raging hormones wreaking havoc on their bodies is enough to make any parent want to throw in the towel. During this critical time of development, family relationships often become strained, which is why it's important as a parent to allow their teen a little wiggle room to exert their own bit of independence.

Teenagers need creative outlets to express their individuality. This may mean they'll be dying their hair in rainbow shades or painting their room jet black. Let them! Give them the space they need and save your battles for more important issues that you will have to stand firm on, such as their health, safety, relationships, and their education. Despite their belligerent and combative behavior, (which can be triggered in a nanosecond if there's no milk for their cereal, or God forbid, you wash their jeans with your own clothes), stand your ground on the important issues and don't get caught up in any power struggles.

During the formative teen years, it's also important for parents to present a united front so that the child cannot pit one parent against the other. Boundaries need to be agreed upon and set into place because your teen will certainly challenge many of the decisions that you make. "But Mom, all the other kids' parents are letting them stay at the party until 2:00 a.m. so why can't I?"

I've raised both teen boys and girls, and I often wondered during those challenging years if I would survive unscathed.

I questioned every decision I made and spent many sleepless nights worrying about my children. What I learned from the experience was that both sexes required a different approach in parenting styles, and at varying stages of their lives. While my girls needed more patience and sensitivity, my boys needed me to be swift and firm with my parental guidance. Despite their differences, they were raised on a sturdy foundation of equal and unconditional love from both of their parents.

Another important factor for surviving the teen years is keeping a sense of humor. There were plenty of tears and drama (on both sides), but I reminded myself daily that, like the Terrible Twos, the Teenage Turmoil phase would not last forever — my children would grow up one day and hopefully become the mature adults I envisioned them to be.

Is there a difference in raising teen girls vs. teen boys? Absolutely.

If you're raising teen girls, here are a few things you can expect:

There's a good chance that your menstrual cycles will sync up.

Which means there will be some wicked mood swings going on under the same roof at the same time. Triple that if you're in menopause while raising a teen girl.

You and your daughter will be one another's fashion critic.

She won't like seeing you in heels and a low cut dress any more than you want to see her in micro shorts and a tight tank top.

She will bring home plenty of nice boys for you to meet, but there will always be that one boy who you're certain will end up behind bars before he turns 21.

How do you know this? Because you dated someone just like him when you were 16. Here's the rub: the harder you try to control her relationship with the Wild One, the greater the chances are that she'll stick with him the longest....all the way to the senior prom.

She will permanently "borrow" anything of yours that isn't nailed to the ground.

Hairbrush, makeup, shoes, razor, deodorant, perfume, nail polish, and, yes, even your toothbrush (don't ask how I know this).

There will be plenty of slumber parties.

If you're raising teen boys, here are a few things you can expect:

Your grocery bill will triple because your teen son will devour granola bars, lunch meat, cereal, and milk like a ravenous bear.

And then he will deny eating any of it. Unless there are mountain men camped out in your attic who sneak down to the kitchen to steal food while you're out, chances are that the disappearing food is the result of your son's lumberjack appetite.

Those yellow rings he leaves at the base of your toilet are his way of marking his territory like a cat.

By the way, you'll need to stock up on a lot of bleach during his teen years.

They're fascinated by anything electrical.

And fires. And inventing things like potato guns to see how much damage they can do to the side of your aluminum shed.

When you try to nap, that's when his friends pop over to conduct a rave in his room...

Complete with laser lights and dubstep music from subwoofers the size of refrigerators.

His room will ALWAYS smell weird....like dirty socks and half-eaten cheese sticks rotting under the bed.

He will also leave piles of unwashed clothes in the back of his closet, adding to the "Eau de Boy's Gym" scent of his room.

He's going to do stupid things.

Like ride on a paddle board attached to a friend's golf cart while zipping around a muddy park. But he will also be the first to defend his siblings and will love you fiercely, even though he may not know how to show it.

Give your teens a wide berth while they struggle through their growing pains, but hold them close to your heart. Keep the lines of communication open, listen without judgment, and tell them every day that they are loved and appreciated. One day, the teen who stresses you to the point of gray hairs and baldness will turn into a responsible, young adult who will make you proud. They'll survive the teen years, and so will you.

The Trials And Tribulations Of Raising Teenagers
Marcia Kester Doyle