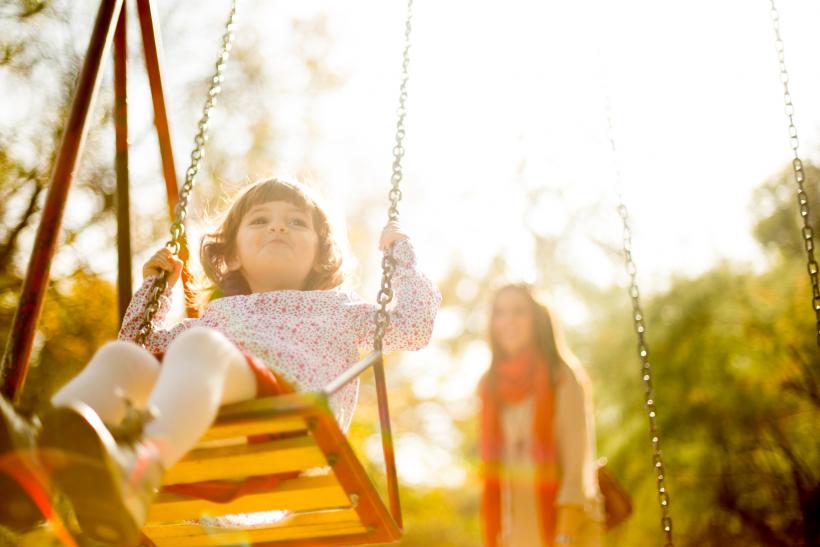 Many believe that validating a child’s feelings, always, leads to whiny, clingy, entitled children. That just isn’t the case.

“Stop crying, or I’ll give you a reason to cry,” my mother told me, as I sobbed about something apparently inconsequential.

“You can get glad in the same pants you got mad in,” was another favorite phrase tossed around during my childhood.

Anger and sadness weren’t acceptable feelings. Happiness was the goal or at least the appearance of it. Many think I’m stoic — a calm during any storm — and that might sound like a compliment, except it originated in the darkness of a locked chest full of suppressed emotions. I’m not a child anymore, and I still feel the effects of having my experiences overridden by words from a triggered parent. Don’t cry. Don’t whine. What you think is a big deal is, in fact, not a big deal — so why are you wasting your energy?

Many believe that validating a child’s feelings, always, leads to whiny, clingy, entitled children. That just isn’t the case. Validation doesn’t mean permissiveness, and it doesn’t mean there are no boundaries.

Sure, it might not be a big deal in the grand scheme of world hunger and war, but zoomed in on the mind of a two, six, 10, 17-year-old child, whatever has upset them was enough of a big deal that they are upset.

“You’re okay,” a parent might say. But the child might be thinking, “Am I? AM I? If I were okay I wouldn’t be crying now, would I?”

Except they are children and trust their parents. So they might say, “What’s wrong with me? Why do I keep crying over things that aren’t important? I must be a drama queen like she says. I’ll just stuff it down and not talk about it.”

Shame. Embarrassment. Confusion. Pain. Anxiety. Betrayal. Those are many of the feelings children experience when their parents unintentionally gaslight them.

Parents often claim that children learn to manipulate from a very young age — that an infant will cry “fake tears” to get attention. Babies and children don’t have the cognitive abilities to manipulate knowingly. Babies cry for attention because their entire existence and survival are dependent on their caregivers. They need more than just food, water, sleep, and clean diapers to thrive. When my toddler would cry when he was frustrated and would come to me to be comforted, I would oblige. Many well-meaning family members would tell me, “he has you wrapped around his little finger,” as if my offer of comfort was somehow giving in to his evil plot to seek out unconditional love and support from his mother. I will gladly choose empathy over “tough love” any day. The confidence and emotional intelligence he has today, years later, shows how powerful validation is.

Many believe that validating a child’s feelings, always, leads to whiny, clingy, entitled children. That just isn’t the case. Validation doesn’t mean permissiveness, and it doesn’t mean there are no boundaries. Empathizing with a child that wants something at the store could sound like, “I know you really wanted this toy. Getting new things is fun. I wish we could buy it today too.” They might cry, or cry more, and that’s okay. They are crying because they feel understood, and they feel safe to release that emotional tension. It doesn’t mean they get whatever it was; it just shows them that you understand their perspective.

When a child falls down, many parents claim that asking if they are okay only “makes” the child cry more. Some even say that when they were children themselves, they would cry if someone asked if they were okay, associating that question with “making” them cry. I get that perspective. I was that child.

I was also the child that was told to stop crying.

People didn’t ask if I was okay; they told me I was okay, so I never had the opportunity to unload my emotional backpack. There were very few moments that someone would point blank ask if I was okay, and a dam would break, unleashing a torrent of emotions. If you need to cry, you need to cry. If you don’t need to cry, and someone asks if you are okay, you won’t cry! It’s really that simple, but the philosophy of toughening kids up tries to complicate a natural response to pain, whether emotional or physical, which is crying.

It’s easy to confuse empathizing and validating with coddling. When my six-year-old falls, I don’t sprint to his side, wrap him up in my arms, and start rocking him, asking if he is okay, if anything’s broken. That’s ridiculous. When I’m watching him on the playground and he goes down, there are several responses available, none of which are telling him how he should feel. First, I watch him. Sometimes, he will get right back up and run off. Other times he will look at me, obviously a little shaken, and I offer a thumbs up or thumbs down. Usually, he will supply a thumbs up and run off to play. And then there are times it is evident that he is going to need some help through a big fall, and I go to him.

“You wiped out! Are you alright?” I don’t say it in a voice that shows I’m terrified for his health, but it is a sincere question that only he gets to decide the answer to.

When you ask if your child is okay instead of telling them they are okay, they know that they have a choice, an open space that will allow for them to cry if they need to.

This choice eliminates the need to burst into tears anytime someone pays you concerned attention. After those big falls when I ask if he is okay, he does cry because it hurt. I hold him and don’t say anything beyond, “I know. I’ve got you.” And, believe it or not, he stops crying on his own, after he has released all of those emotions.

I recently wrote this article about gaslighting your kids, and it struck a nerve with some. “Gaslighting is intentional abuse,” many people said. Yes, I agree. The majority of us don't intend to harm our children. Abuse and harm aren't divided into extreme emotional damage or no damage. Harm is on a spectrum.

Parents aren’t intentionally trying to override their child’s experiences, but a parent's intent is negated by the impact of their words and actions.

Many people reached out after that article was posted because they finally felt validated by the childhood experiences that they had. Some of the stories were truly tragic, malicious, abusive situations. And others were milder, unintentional, yet still harmful. This isn’t a game of who was hurt worse — everyone’s experiences matter. All of them, myself included, carry the baggage of those experiences into adulthood, and often into their own parenting, in the form of triggers.

At the same time, parenting is hard; being “on” at all times is impossible. No kids come out of childhood unscathed, without some bumps and bruises and probably even a few emotional scars. That’s part of being human. And I get losing your cool at times. We aren’t aiming for perfection, just awareness and an openness to grow. I have a child on the spectrum who eats about three things willingly. He would literally starve to death rather than be “forced” to eat something he doesn’t feel comfortable eating. I get pressure. I get impatience and irritation and cajoling to just “please eat your food before I tear my hair out!”

Eating is just one example where parents typically override a child’s words and experiences. Eating also happens to be a routine that a person has to live with every day for the rest of their lives, so we need to set the stage for a healthy, lifelong relationship with food, rather than trying to control something that is, in reality, completely out of our control.

We also need to help set the stage for a life filled with emotional intelligence and healthy coping tools, and that begins with validation and empathy.

Should we validate our children every time?

Yes, we should, but that doesn't mean it is always possible. Sometimes I snap my validation meter in half because I have zero cares to give when I'm overwhelmed, and my nerves are shot. But that's on me. Not on my kids. They shouldn't suppress their emotions just because I failed to use my adult brain tools that tell me that I am lacking in self-care and taking breaks.

We don't get to tell our kids what is worth or not worth crying over. We don't get to judge them for having a different perspective. We can't force their brains to mature faster than possible, especially considering adults often don't even have the tools needed to cope with setbacks. Their setbacks are as big a deal to them as ours are to us.

Watch this short animation by Brene Brown on empathy:

It all comes down to empathy.

Do you want to be the person that your kids trust to climb down into their dark hole and say, “I don't know what you are feeling right now, but I can tell that you're hurting. I'll stay right here with you so that you don't have to feel alone," versus the guy peering into their dark hole saying, “Man, that sucks for you down there! Want a sandwich?”

If you like this article, please share it! Your clicks keep us alive!
Tags
parenting
gaslighting
validation
empathy