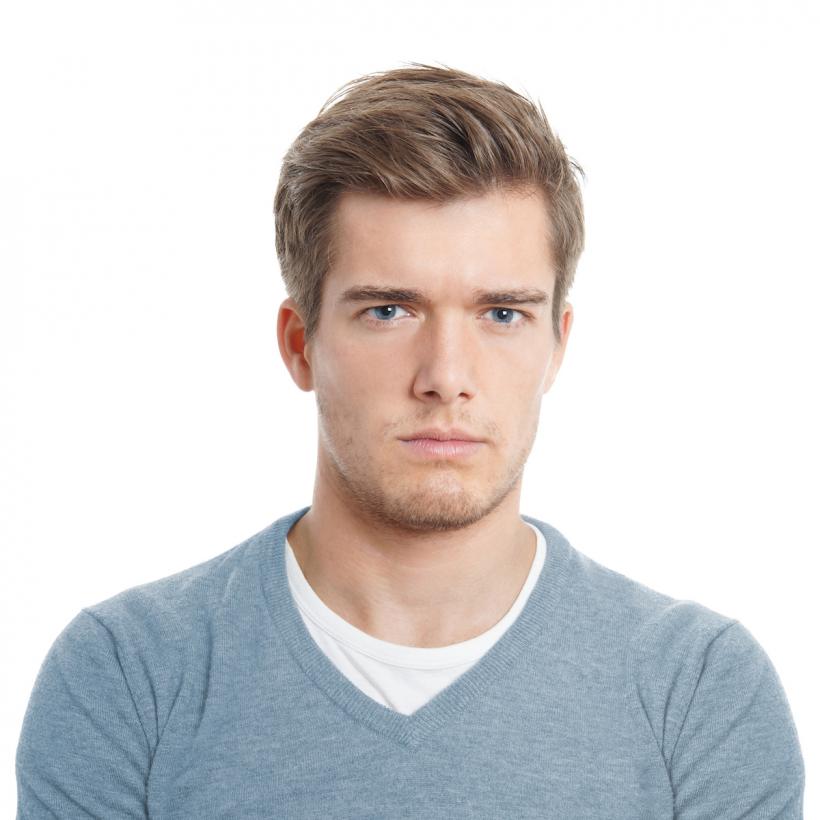 When we are faced with an evil that looks like us, things get a little more complicated.

On August 6, CNN aired the fifth episode of its new series The Nineties entitled “Terrorism Hits Home.” The episode chronicles major domestic terrorism events of the decade including the Waco, Texas, compound, the Oklahoma City bombings, and Columbine.

What did David Koresh, Ted Kaczynski, Timothy McVeigh, Eric Rudolph, Eric Harris, and Dylan Klebold have in common? A deep mistrust of institutions. A “lone wolf” reputation. A fetishization of firearms.

What else? They were all white men.

And to placate those who are reading this and asking, “But what about Ramzei Yousef, a member of Al Qaeda?”—we have a term for his kind. It’s called “Radical Islamic Terrorism,” and we hear it all the time, across the political spectrum, from Bill Maher to Donald Trump. It has proven easy for a country with a strong Judeo-Christian history, established and governed by white men, and still reeling from 9/11 to identify Muslim terrorists as an enemy.

“To solve a problem, you have to state what the problem is,” Trump said last fall. It may be the most intelligent thing to ever come out of the man’s mouth. Hear me out on this.

Problems must first be named if they are to be solved.

Betty Frieden famously identified “the problem that has no name” over 50 years ago, when women had been promised everlasting satisfaction within the feminine mystique only to be confronted with isolation and despair. This problem had no name because women could not vocalize it, could not put their fingers on something that conflicted so drastically with the dream they had been sold. Once they named it, women were able to do the work that equality and equity require.

Today we are confronted with another problem. I’d say that it lies in Charlottesville, but that wouldn’t be accurate. Because as the Charlottesville riot footage rolls— the chants of “Jews will not replace us,” the Nazi flags, the young woman killed in an act of radical white terror—we are only continuing to not name the problem if we shake our heads in disbelief and say, “This is not America. This is not who we are.” This is exactly who we are; Charlottesville just forced us to talk about it. Even though I’m not personally marching with white supremacists, I can’t ignore their culture around me. I can’t visit my hometown and pretend not to see the men in “All Rifles Matter” t-shirts posing beside giant confederate flags, or not acknowledge that I know folks with family in the KKK.

I can’t stay complacent and expect that things will change.

You Might Also Like: Waking Up To The Mass Shooting In Las Vegas: I Just Want To Hug You

A few years ago when I taught interpersonal communication, I asked students to identify what they thought were the dominant cultural institutions in our country. In other words, what groups might our citizens feel pressure to assimilate to? Which groups would afford them certain benefits and protections? We identified several categories: white, male, heterosexual, Christian, wealthy. In some cases, we arrived at these conclusions by first determining their opposites. If a group has a long history of fighting for civil rights, is still fighting for them today, is systemically profiled or discriminated against in the courts, or is accused of wanting “special treatment” just for self-advocating, it is likely not part of the dominant culture. As much as our nation claims to value multiculturalism, there are still hierarchies. There are still people who have a vested interest in preserving those hierarchies.

Cultural dominance doesn’t necessarily refer to population size: There are definitely regions of the country where I’d be mostly surrounded by people who aren’t white like me. The population that counts here is the one holding institutional power and privilege. And since our country’s birth, that population has been overwhelmingly white, male, Christian, wealthy, and heterosexual. Two hundred years ago, they built our country on the backs of slaves, then incited a race war to prevent poor whites from rising up against them. Today, they pass laws to regulate women’s health services without the slightest concern as to what women’s needs actually are.

Dominant cultures maintain their power through the “othering” of subordinate cultures.

Jagoda Romanowska explains this dynamic as it relates to ethnocentrism, the belief in cultural superiority that drove white supremacists to march in Charlottesville:

According to the anthropologist Sir Edmund Leach, the “us” and “them” dichotomy stems from the binary opposition between “human” and “non-human.” It is the reason we divide ourselves into “us”—or true people, and “them”—or false people. This division is further deepened by…a wide range of often conflicting approaches to the Other: from hostile, to neutral, to full of awe and fascination as well as fear.

“Othering” attitudes lead to actions like ostracizing (the LGBT community being turned away from joining a particular church) or suppressing rights (women being denied abortion access so that they are limited in their range of choices). But considering our history of slavery, internment camps, and racial profiling, “othering” based on race is probably the most aggressively recognizable attitude in this country. Brown is different. Brown is dangerous. Therefore, members of Al-Queda or ISIS fit our ideas of what evil looks like.

When we are faced with an evil that looks like us, things get a little more complicated.

We shy away from naming a problem that hits too close to home—a culture of angry, entitled white men—because we’ve let the “good white guy with a gun” narrative overshadow the reality of the man who uses that gun to intimidate and abuse his wife, the man who builds bombs in his cabin, and the man who murders abortion providers in the name of Christianity.

After the Oklahoma City bombings, Timothy McVeigh spent the rest of his life in prison. Dylann Roof, who murdered nine black people in a Charleston church in 2015, will do the same. But we do not vilify them in the same way we vilify their Islamic counterparts. In 1995, FBI officer John Douglas described McVeigh as “a loner, withdrawn, [with] strong feelings of inadequacy.” Dylann Roof’s family fixated on the “sweet boy” they knew who fell prey to “Internet evil.” By characterizing white terrorists as misunderstood loners (Robert Dear was described in 2015 as “gentle” by his neighbors), we let ourselves off the hook. We don’t have to face the discomfort of examining our own culture—the culture that gave rise to these men.

If Trump is right (there’s a first time for everything) and we need to state what a problem is before solving it, then let’s state it now. Radical white terrorism.

We have work to do.