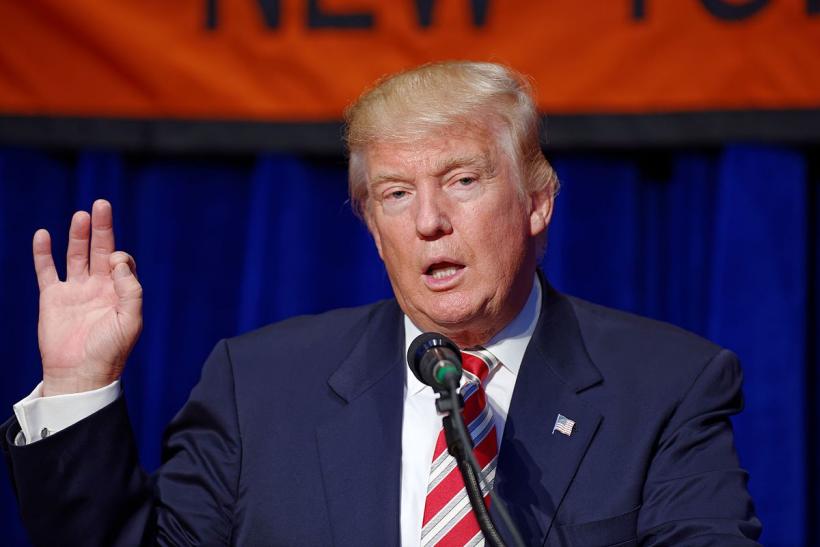 Every once in a while, I scroll through my news apps and look at all the headlines about Congress and different federal agency actions and I think, “Uh-huh, uh-huh, classic Republicanism, OK, I recognize this, I get it, it probably won’t work like they’re saying it will, but we can fix it later. This is normal.”

Then the President blasts back into my consciousness and we re-enter what I like to think of as the "WTF Zone."

Yesterday, we all catapulted back to WTF Zone with a report out of the Washington Post that the president dropped sick beats when he was at the club with Russian buddies of his. That is to say, he shared some intelligence tidbits that he got in a briefing with the Russian foreign minister during an Oval Office meeting last week.

“I get great intel. I have people brief me on great intel every day,” the president said, according to an official with knowledge of the exchange.

Trump went on to discuss aspects of the threat that the United States learned only through the espionage capabilities of a key partner. He did not reveal the specific intelligence-gathering method, but he described how the Islamic State was pursuing elements of a specific plot and how much harm such an attack could cause under varying circumstances. Most alarmingly, officials said, Trump revealed the city in the Islamic State’s territory where the U.S. intelligence partner detected the threat.

In other words, the information he shared was given to U.S. intelligence agencies by a partner entity and that partner had NOT given the United States permission to spread it around because doing so could compromise the investigation.

And if a New York Times report breaking just now is correct, the partner entity is Israel. And yeah, Israel really would not have wanted to hand sensitive information to Russia. Israel doesn’t like Russia because Russia partners with Iran, and Iran and Israel are long-time adversaries, to put it mildly.

Which everyone in the world knows, except, apparently, Donald J. Trump, who passed along his “great intel” like it was a juicy Page Six blind item, without giving a single thought to the global implications of what he was doing.

I don’t know what it is, but it isn’t normal. Normal Republicans don’t prioritize Russia over Israel.

The White House is spinning in about 16 different directions in their attempts to take control of this story. It would be entertaining if it wasn’t so horrifying to think that one indiscreet moment may have altered our relationship with Israel for the foreseeable future, thus compromising our intelligence gathering throughout the Middle East.

Also, the AP reported that at least one European official is talking about not sharing intelligence with the United States anymore after this.

Trump did campaign on that whole "America First," isolationist ideology and it looks like that’s what he’d delivering. Too bad he’s doing it by sending our allies scurrying away from us as fast as they can.

If you like this article, please share it! Your clicks keep us alive!
Tags
Russia
classified info
intelligence
donald trump
Israel
FBI
investigation