Why Am I So Forgetful? 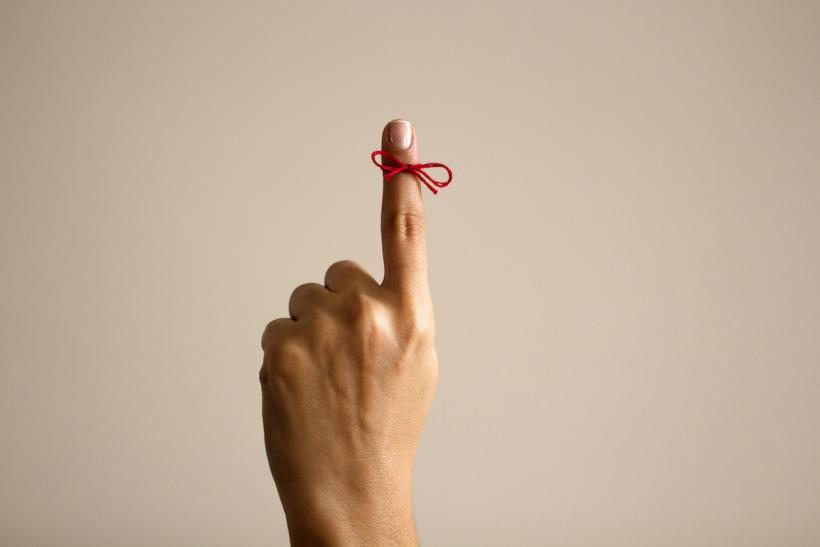 Are some people just naturally more forgetful than others?

I am a forgetter.

I leave things at home and others behind, I miss appointments, I can’t remember birthdays and I always, always make up excuses for my forgetful ways.

My go-to? I’m just born this way. No matter how hard I try, I can’t remember. But is that really true? Are some people just naturally more forgetful than others?

To find out, I spoke to clinical psychologist Samantha Clarke, who tells me yes, memory capability varies for people. However, she says people can maximise their capacity by doing memory training and also addressing lifestyle factors.

So no excuses really.

Dr Clarke PhD says the main reason people forget is actually quite a simple one: they weren’t paying enough attention.

According to Dr Clarke, it’s easiest to think of your memory like a storage bank. If you’re not paying attention completely at the time, the information won’t be stored properly.

“Some people might have five things on the go and their mind’s quite busy, often they’ll find it more difficult to remember things because they’re not really engaged in that moment mindfully to take in all the information,” she says.

However, there are other factors that contribute to forgetfulness, besides the obvious medical conditions that cause memory loss such as Alzheimer’s disease.

Dr Clarke, who is a new mum to her six-week-old child, is feeling the full effects of sleep deprivation on the brain.

“My brain is probably functioning at about 30% of what it could be right now.”

She warns that if people don’t get enough sleep (8.5 hours) their memory can be affected significantly.

Vitamins like B12 and omega 3s play a role in memory Dr Clarke says, so not getting enough will mean your memory isn’t working the way it could.

“If someone has a really poor diet and they’re not eating good quality meat, or fruits or vegetables or fish oil and things like they’re actually going to find it more challenging to remember things in the long term.”

While we all know a big night can make your memories a little fuzzy, if not completely absent, Dr Clarke explains drinking alcohol can have an effect even when you’re later sober.

“It’s been shown that even at times when you’re not drinking, alcohol has had an impact on your ability to remember things and retain information,” she says.

She says this applies to both people who regularly go over their daily and weekly recommended limit by a small amount and people who binge drink.

Depression, anxiety and stress are all linked to forgetting, Dr Clarke says. She says this is again because these states typically affect your ability to take in all the information properly.

"Someone that stressed, they're adrenaline is really high, their mind's going to 50 million places, they're not able to attend and get that information in," Dr Clarke says.

"Whereas someone that's depressed has the opposite thing going on, they don't have the energy to bring to a moment to hold that and their ability to retrieve information is impacted as well."

The time of day

How many times have you remembered something at one point only to forget it later? Dr Clarke says this is a common problem and comes down to your clarity of mind.

"For different people at different times of the day our mind is more clear."

"It might be in the morning you're quite fresh, your brain is functioning a bit better and (what you want to remember) is the first thing on your mind when you wake up."

However, when it comes time to make that call or organise that meeting late in the afternoon, you don't remember. Dr Clarke said this is because you're distracted.

"If you've got things going on, at work and emails popping up, you're not giving your mind the time or energy to retrieve that information because you've got some many other variables happening at the same time."

She says the drop in blood sugar levels commonly seen around 3pm can also impact your brain's ability to retrieve information.

So naturally forgetful or not, there's a lot we can do to remember better.

Why Am I So Forgetful?
Jessica Chambers