How Women Can Be Better Negotiators 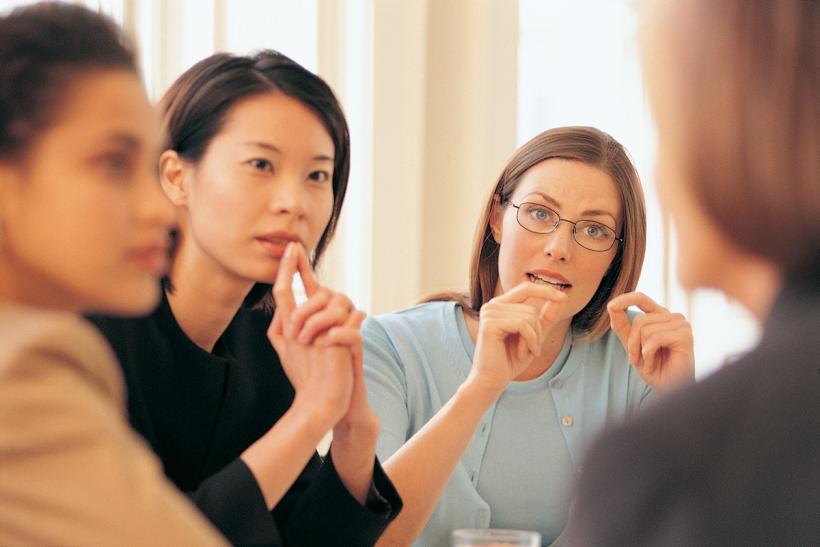 If anyone needs to be negotiating better terms and conditions on life, it’s women. Women earn less than men, yet pay more for basic goods and services. We get a raw deal on housework and are more likely to retire in poverty.

But despite being told to ‘lean in’ research shows that women are less likely to negotiate than men.

Why is this? What might look like cowardice on the outside might be self-preservation. Research shows that women who negotiate are seen as “unlikeable” and penalized for it. Before you chant “sticks and stones,” know that perceptions of “likeability” can spell the difference between employment and the dole queue.

Professor Susan Ainsworth, an internationally recognized expert in gender within organizations. “Women have good reason to approach negotiations differently than men because their context is different and they risk being penalized if they adopt the same behaviors as men in negotiations,” she says. (As this woman found out when her job offer was withdrawn when she dared to negotiate her salary.)

Professor Ainsworth cites an experiment at Columbia University in which people were asked to evaluate an individual’s negotiation strategies and behaviors. When the individual being evaluated was given a male name, “he” was judged as likeable, whereas when they were assigned a female name, “she” was seen as aggressive and self-promoting.

“‘Likeability’ is a key factor in hiring and research suggests we need to take such assessments more seriously,” she says.

One person who has seen this firsthand is Chris Voss, the former head of the FBI’s international kidnap and hostage negotiation team. “[In hostage situations] we actually knew of certain types of situations where putting a woman on the phone would bring it to a resolution faster,” Voss tells me. “Over the eight years I’ve been teaching negotiating since leaving the FBI, I can tell you women pick it up faster than men.”

Voss’ bestselling book Never Split The Difference takes negotiation techniques honed in hostage situations and shows how they can be applied to everyday situations. The techniques in Voss’ book are all based on listening and empathy as key negotiation tools. (Here’s a quick rundown on the main techniques.) Women are natural negotiators, he says, who should not settle for what he calls a “wimp-win” deal.

“There is some recent research suggesting that men assume they can negotiate about any situation, whereas women do not,” says Ainsworth. “If they are offered a job at a particular salary, they accept that salary. So start by assuming there is space for negotiation.”

“If you view women as being in possession of more emotional intelligence (EQ), that’s the competitive edge,” says Voss. “EQ beats IQ every day of the week.”

He suggestions entering negotiations with both curiosity (“They want what I have … interesting … why?”) and gratitude (“The fact that I’m in this conversation at all is a sign of success.”)

This curiosity has a huge fringe-benefit: “If you turn your emotional radar on, your brain is engaged with trying to understand what’s driving your counterpart and your fear will go down,” says Voss. “Crazy, but it works.”

Know what you’re dealing with.

“A key skill in any negotiation is analysing the context in which it takes place and preparing accordingly,” says Ainsworth. “Realistic diagnosis of the situation you face is critical, including what you are offering and why the other party needs you.”

And remember, you can remain “likeable” while asserting yourself. “We don’t train people to be pushovers,” Voss tells me. “Assertion is essential to getting what you want. You just have to do it in an emotionally intelligent way.”

Make gender expectations work for you not against you.

“Women are socialized to be cooperative, support others, and build positive relationships,” says Ainsworth. “Marshall that support in your negotiations, and enlist others to champion you and help argue your case.”

Frame your arguments as ‘helping others’.

“Women are seen much more positively by others when they are negotiating on behalf of others, rather than themselves (thus avoiding the trap of being seen as ‘self-promoting’). So think about how to frame your case and argument around how it will benefit others and help to achieve broader goals.”

And frame your requests as ‘what you need to succeed’.

“Women do well when framing their argument in terms of what they need in order to succeed in the role,” says Ainsworth. (So you’re not one of those greedy women who wants more money, you just need it in order to hire a nanny/cleaner so you can give 100% focus to getting the job done. Got that?)

On this point, Ainsworth recommends reading Her Place at the Table by Deborah Kolb, Judith Williams, and Carol Frohlinger. “They talk about having a clear idea about what you need in order to be successful in a particular role.”

Master the gentle ‘no’

“Unfortunately this ‘tendency to want to assist, to help and contribute means women might accept any opportunity presented to them, particularly if it is presented as fulfilling others’ needs,” says Ainsworth. “So it is important to step back and assess whether the opportunity is meeting your own needs and to feel comfortable saying ‘no’.”

There will be times when the person you are negotiating with is sexist. Patronizing. Even moronic. Possibly all three.

But when you feel your blood pressure rising, ask yourself: Do I want to be “right”? Or do I want to get myself a good deal?

Voss cites the example of a former student who lost her cool during negotiations with her patronizing CEO. “Her only desire became to show him he was wrong … and the conversation became a showdown that went nowhere.”

“When you are verbally assaulted do not counterattack,” writes Voss. “When people feel they are not in control … they react to their lack of power by either becoming extremely defensive or lashing out.”

“If you can override your fight-or-flight instinct, and mindfully change your state to something more positive, you have more chance of getting what you want.” Mirroring their language, that is, repeating their last three words with a question mark (eg. ‘That’s not relevant?’) is a non-confrontational way of getting someone to hear their own words, particularly if they’re unreasonable, and explain themselves.

And finally, choose your battles, says Ainsworth. “Understand that if it is not going to meet your needs or further your career, you can walk away from it and feel better about that decision.”

If you like this article, please share it! Your clicks keep us alive!
Tags
pay gap
negotiating
negotiate

How Women Can Be Better Negotiators
Alice Williams