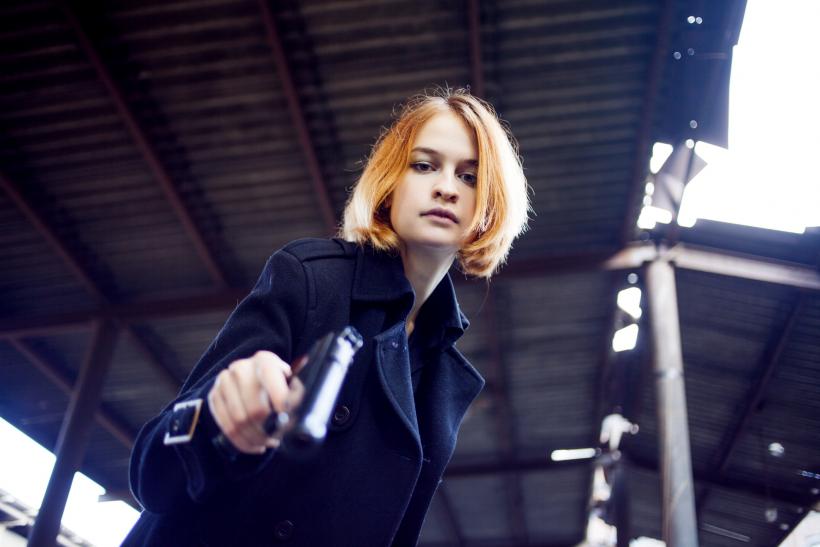 There’s something extremely cathartic about seeing all these women-led detective shows.

At various points in the long, arduous healing process following a sexual assault, you can become obsessed with questions. You comb through the difficult memories salvaged from the event — before, during, and after it — and start haplessly stringing details together in the hopes of making sense. You ask why it happened, who was responsible, and question if you could have possibly prevented it. At one or several maddening mental pit-stops, you might even begin to question your recollections.

Like a tired detective wandering back to the same unsolved case, I’ve been combing through my own sexual assault for over a decade now.

And I’ve been finding inspiration and empowerment in TV shows in which sexual assault survivors are detectives forced to face the trauma of their past to help solve crimes of the present.

In shows like Veronica Mars, Top Of The Lake, iZombie, and Jessica Jones, we follow women-led detective female investigators who have survived assault and are understandably reluctant to engage any further with the details of it. These are women eager to bury their trauma and fixate on finding answers for others. During their investigations, however, the mysteries of their assaults become irrevocably entwined with the cases they’re examining. To gain justice, help others, and take down the men responsible, they must also demystify the crimes committed against themselves.

These shows don’t present sexual assault as an isolated incident or a mystery about only one victim. Instead, sexual assault is framed as a malignancy within society so ubiquitous and nefarious that we can’t afford to stay silent about it. These women acknowledge the problem not just as their own personal hell but also as a social and often institutionalized one.

Veronica Mars was one of the first shows to articulate this idea. Within the main mysteries of each season, including that of Veronica’s own rape, the show repeatedly frames rape culture as a deeply ingrained, systemic issue — one that complicates Veronica’s understanding of her assault.

There’s the Neptune police department laughing at Veronica’s attempt to report her rape, the mayoral candidate who has been secretly molesting the little league team he trains, and the Hearst college resident advisor who helps a serial rapist gain access to vulnerable female students. These are all characters who hold some modicum of respect and power within their respective communities. As such, they expect that their power and privilege will protect them and that silence regarding their misdeeds will naturally prevail.

Except Veronica refuses to be silent, and she never stops asking questions.

The mystery of Veronica's rape lies dormant and unsolved in the background of the first two seasons, but by the time we discover the identity of her rapist, we understand that the actual issue is far more complex. Her assault might have been performed by one person, but an entire community enabled it.

In Top Of The Lake, Robin Griffin cautiously returns to her hometown to investigate the troubling pregnancy of a 12-year-old girl. In doing so, she’s forced to reckon with the systemic misogyny that unfurls from every corner of the town while struggling with the details of her own brutal gang rape there at 15.

During the season, we’re shown that the town is run by a pervasive criminal element — and perhaps more importantly — by men intent on maintaining their dominance in unscrupulous ways. Robin makes the unsettling connection between her trauma and the child abuse case she’s investigating. There isn’t one single culprit but multiple ones, and they're connected to men in positions of power. As Top Of The Lake suggests, the issue of rape is bigger than determining accountability for one single case.

Shows like iZombie and Jessica Jones, which explore the issue from metaphorical and supernatural perspectives, suggest we can reclaim our power and sovereignty in remarkable ways. iZombie can be considered a powerful allegory for rape, as lead character Liv Moore is drugged at a party only to wake up hours later in a body bag as a zombie. The empowering twist, however, lies in what Liv chooses to do with her newfound hunger for brains.

Working at the county morgue and consuming the brains of homicide victims she autopsies, Liv experiences their memories and even unwittingly takes on their personalities in the process. Liv's boundless optimism is uplifting, and it's empowering to watch her investigate others' deaths so she can make sense of her own attack. In this way, Liv's trauma is not presented as a burden but as a superpower she can use to help others.

While Jessica Jones may be the dark flipside to sunny Liv Moore, she’s nonetheless just as inspiring in her supernatural gallantry. When a missing persons case leads Jessica straight to Kilgrave, the man who repeatedly raped and abused her, we discover that her remarkable super strength wasn’t enough to keep him from controlling her mind. Jessica’s perseverance in defeating Kilgrave, however, leads her to one of the most satisfying finales of any TV show concerning a sexual assault narrative. Though she has remarkable physical strength, her eventual power comes from being able to reclaim full control over her mind and agency over her actions and ordeal.

To survivors everywhere, this is the bottom line of our desire to move forward and to heal — that we may somehow banish the trauma of our assaults from our minds and the accompanying doubts and questions. We wish for the same autonomy over our thoughts and bodies that we had before we were assaulted.

There’s something extremely cathartic and inspiring about seeing all these characters finding strength in their vulnerabilities and taking assailants — and sometimes even entire communities — to task for their crimes.

These characters recalibrate the burden of trauma and offer the gratifying reminder that survivors shouldn’t be left to feel accountable. When it comes to our assaults, we may never find answers. But through the vicarious enjoyment of seeing survivors turn into detectives, uncover bigger truths, and take back the power we all struggle for, we experience some resolution.

For any sexual assault survivor who feels isolated by their suffering, these characters and stories are revelatory to see on television. As viewers, it can feel as though we’re out there with these detectives, turning an inquisitive eye to the bigger piece of the puzzle instead of a self-conscious one at our singular grief. We’re able to seize answers for our traumatic mysteries from the comfort and safety of our couches and have our ordeals understood and explored by these investigators.

If you like this article, please share it! Your clicks keep us alive!
Tags
TV
detective
Sexual Assault
assault survivors
Rape
female power