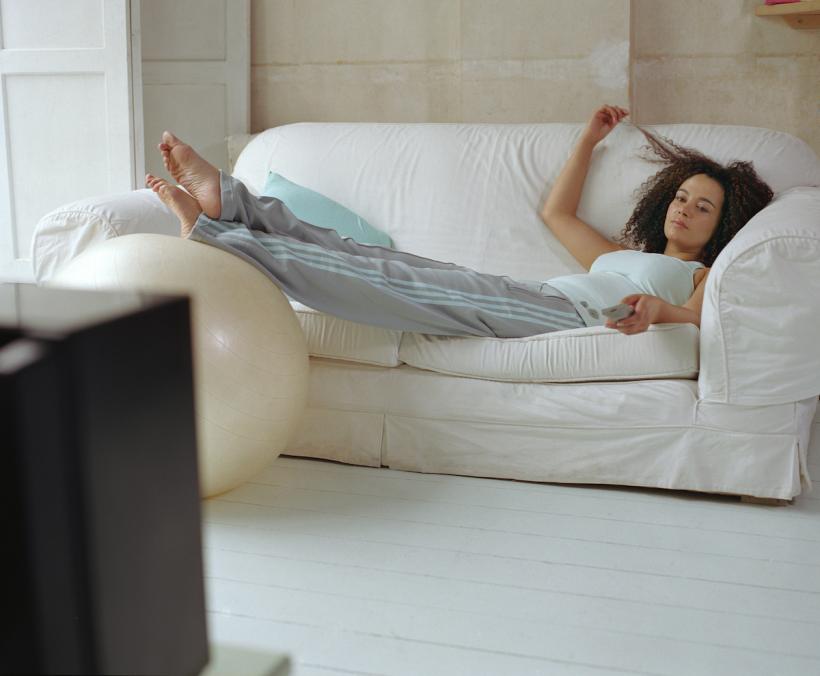 Television can actually save your life. Image: Thinkstock.

When things get too overwhelming, there’s no shame in numbing out with an engrossing television show, a blanket nest and, ideally, snacks.

Sometimes I imagine what life would be like if I had lived back before glasses and contacts were invented and I couldn’t see anything and just had to fumble around, squinting at everything. Or before antidepressants, and I just had to spend my whole life crying in bed.

Both those options still seem more manageable than living life without the ability to watch 6-10 episodes of a television show in one sitting.

That’s because I’ve got this shit called FEELINGS and they are the goddamn worst. In my 7 ½ years of sobriety from drugs and alcohol, I’ve gotten better at navigating the realities of being an un-anaesthetized human, but I still think feelings are fundamentally UNFAIR and TERRIBLE.

Something happens to you, totally outside your control, and then you just have to feel BAD for god knows how long? Don’t get it, don’t like it.

Sometimes we all need a cushion, something to keep walking through life from feeling like you’re a weird no-skin baby just scraping scraping scraaaaping against everything.

And for a lot of us, especially if you aren’t allowed to drink anymore because you were too fucking good at it (not an accurate characterization of my alcoholism), that cushion is numbing out to the soothing rhythms of Netflix instant.

And when something really bad happens? Television can actually save your life.

Seriously, I asked around:

For my part, I think I can sincerely say that Gilmore Girls kept me sober.

When I was “counting days” off drugs and alcohol, I was basically incapable of being alone with own sick, sad head for any length of time.

When I wasn’t able to be with another person or at a meeting, I was binge-watching Gilmore Girls. I legitimately don’t know what I would have done if I couldn’t come home at night and let the girls’ chatter drown out the thoughts and feelings my newly sober self was completely unqualified to deal with.

So if you find yourself experiencing one of those dark night of the soul that humble us all in life, allow me to offer you this guide of shows to marathon-watch for specific devastating life situations.

So You’re Getting A Divorce 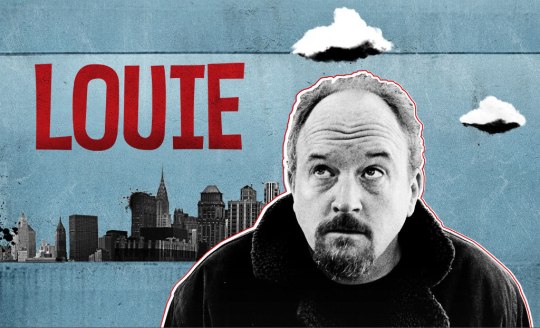 There are 5 seasons of the critically acclaimed series from comedian Louis C.K. on Netflix. When my ex and I had just split up, I took endless comfort from the fact that the character in the show, a stand-up comedian based on C.K. himself, was not only divorced, but that he had 2 kids, kids who seemed totally fine.

I desperately needed that totally normalized, even humdrum, depiction of divorced parents with joint custody.

So You Lost Your Job 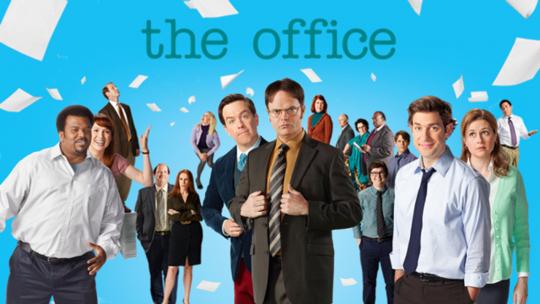 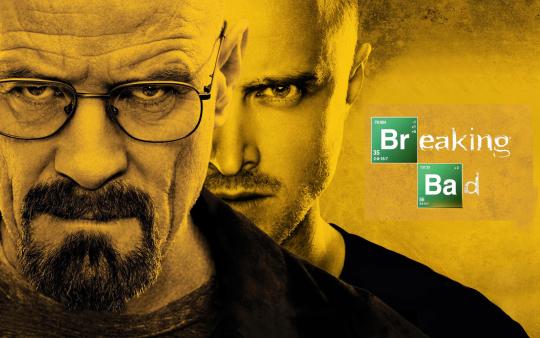 And ponder your career change to meth kingpin. JK, meth’s the worst. Just let the critically acclaimed drama about antihero Walter White who loses his moral compass when he’s diagnosed with cancer remind that you that as bad as things are, at least nobody’s trying to kill you. 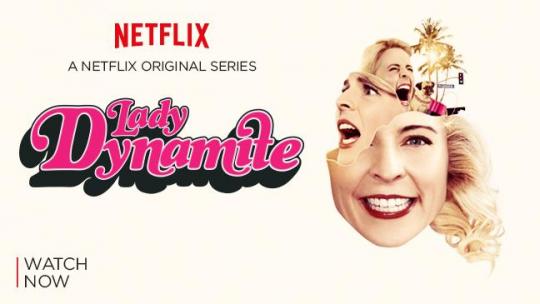 Comedian Maria Bamford, who has been outspoken about her struggles with OCD and bipolar disorder, recently released this delightfully bizarre, sometimes surreal Netflix series based on her own mental breakdown.

There’s a part where a friend visits Bamford in the mental hospital and asks her how she’s feeling. “I don’t want to live anymore,” she warbles. It’s both funny and deeply relatable for anyone who’s ever suffered from depression. 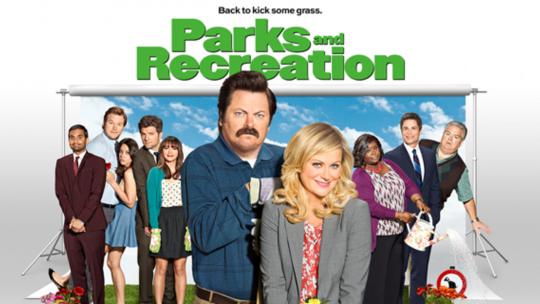 No show on television has a more positive spirit or a more loveable cast, from Chris Pratt’s bumbling Andy Dwyer to Audrey Plaza’s disaffected April Ludgate to of course, Amy Poehler’s unflappable Leslie Knope. The silly, character-based comedy is rooted in the ensemble’s deep love for each other, creating the closest thing I’ve found to an antidepressant in show form.

So You’re Getting Sober 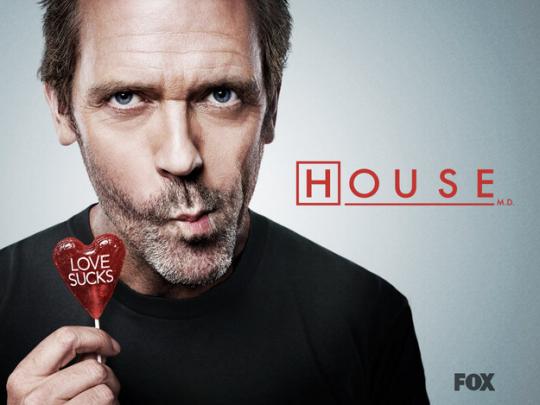 After I finished Gilmore Girls, I started watching House and the good doctor helped me keep my face out of a pile of cocaine for another eight seasons.

The predictable episode formula (a patient has a mysterious disease, he/she gets misdiagnosed a few times, Dr. House hears something seemingly unrelated that causes him to stare off into the distance as he realizes what’s actually wrong) is the television equivalent of your mother putting the back of her hand on your forehead to check you for a fever. 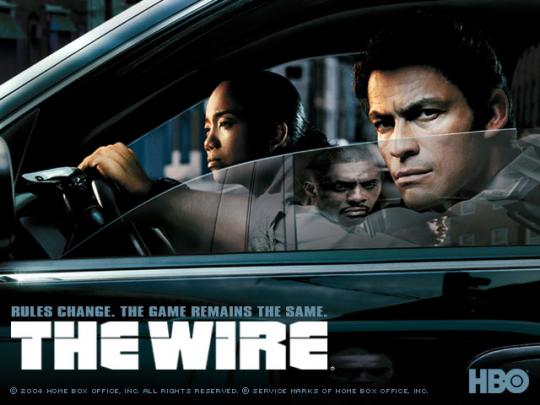 David Simon’s gritty opus about crime and its relationship to institutions in Baltimore spends its first seasoned focused on the drug trade, in a depiction that’s anything but glamorous. It’s also widely considered one of the best television dramas of all time, and it’s riveting. There’s a scene in the fourth episode in which an entire murder investigation is carried on using only the word “fuck.” That pretty much sums up how you feel during early sobriety.

So You’re Going Through A Break-Up

Watch: Sex and the City

Sure, it’s dated, depicts a wildly materialistic lifestyle and a wildly unrealistic/privileged version of life in New York City, and it traffics in corny sex puns, but let yourself melt into the show’s cotton candy depiction of the single life. And, of course, the necessity of female friendships.

So You’ve Been Cheated On 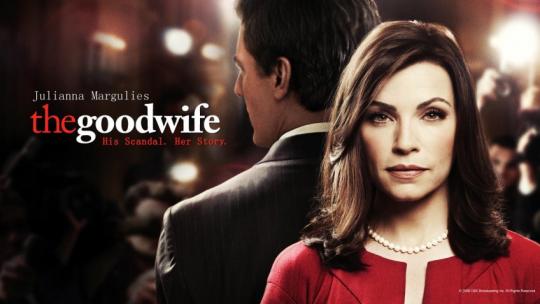 The series opens with Julianna Margulies as Alicia Florrick standing next to her husband at the podium as he confesses his transgressions to a crowd of reporters.

As knife-in-the-gut painful as being cheated on nearly always is, you can (hopefully) be glad it’s not happening in front of the nation. Then get your groove back along with Florrick as she returns to her legal career.

So Your Family Is Making You Want To Scream 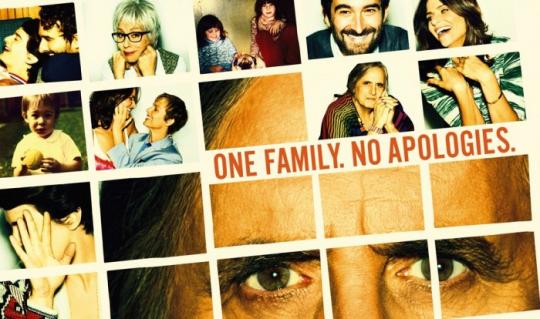 I’m only through Season 1 of the Amazon original series about the family patriarch transitioning as a trans woman, but it’s hard to think of a more dysfunctional crew than the Pfefferman children, each spinning off on their own journeys of discovery in response to their fathers’ announcement.

Plus Jeffrey Tambor is a fucking delight as the grandiose but vulnerable Moira.

So You Have Intimacy Issues 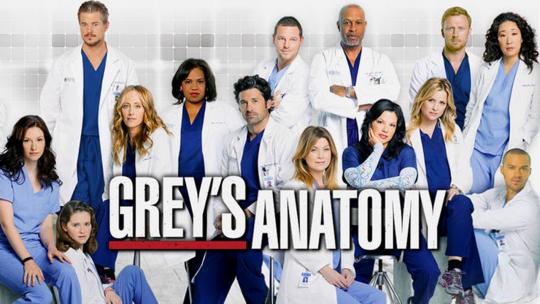 Because nobody could be more infuriatingly self-destructive when it comes to relationships than Meredith Grey, the star of this Shonda Rhimes’ medical drama.

I lost interest after the first few seasons, but the soapy hospital antics gel beautifully for a while, and Grey and her bestie Cristina Yang, played by Sandra Oh, will have you feeling that complicated woman, fear-of-commitment solidarity.

Watch: Orange is the New Black 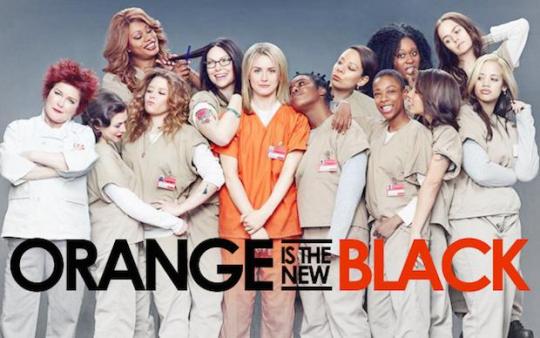 I know a lot of people binge-watch Friends when they want to feel like they have, well, friends, but I prefer the ladies of OITNB. The diverse casts in this prison dramedy bring to life an amazing array of stories not normally told on TV, and the ladies of Litchfield’s ability to find family in dire circumstances makes me feel less alone.

So You’ve Been Betrayed

Nobody. Fucks. With. Olivia. Pope.

Or you, when you’re high on red wine and Olivia’s gorgeous power wardrobe. Plot revenge from the comfort and safety of your couch. 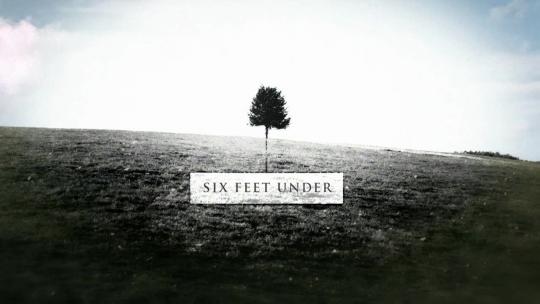 Has any show more thoroughly explored the subject of death than the 5-season drama that follows a family that runs a funeral business.

Each episode starts with a death, which could be triggering for some, but others might find comfort in the show’s dark humor and often-poetic exploration of life and death.

It’s important to feel your feelings (blech), but when things get too overwhelming, there’s no shame in numbing out with an engrossing television show, a blanket nest and, ideally, snacks. Lots and lots of snacks.

I know this isn’t a comprehensive list, so let’s turn this comments section into a TV party — has a show ever comforted you in a desperate time?

Help each other (and me) out by listing your lifesaver shows!