Ask Erin: How Do I Support A Friend I Can't Trust? 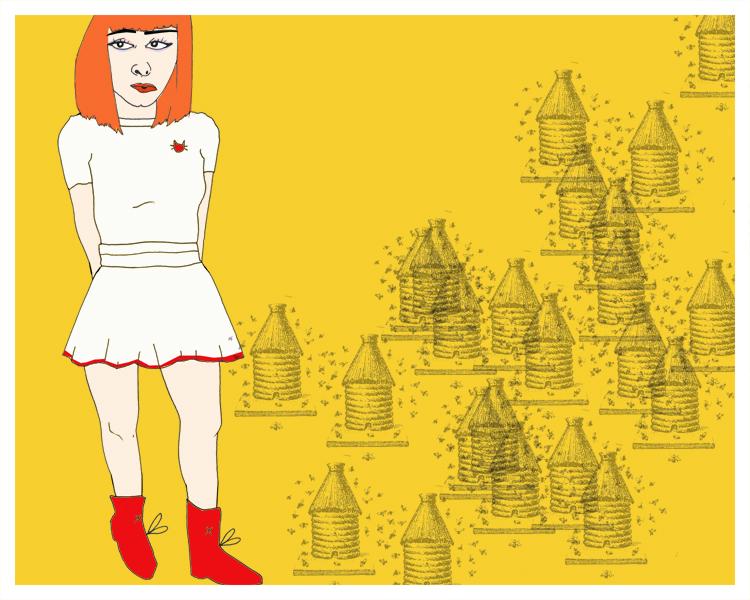 So I have this friend. We've traveled in the same circle for about a decade, and in that time I've repeatedly been made aware of her sketchy behavior. She clearly has serious mental health issues which I am sympathetic to, but needless to say, that doesn't excuse her apparently dishonest and manipulative behavior, or deliberate crossing of other people's boundaries.

She lies and uses any available information to insult people to their faces or smear them to others to drive wedges between people.

She's even gone so far as to trigger someone's PTSD deliberately, and repeatedly. It seems somewhat self-aware but also compulsive. The impact can be very serious. Two people she's emotionally abused have had crises recently, and although her responsibility in those situations is partial, it's still very real.

For the last few years, it seemed like these behaviors were in remission. She'd quit drinking, joined the same church as me, and as far as I know, had relative peace and stability in her personal relationships.

The worst she's ever done to me personally is slander me behind my back, and I was more than willing to forgive that and keep her history to myself with our newer friends, as long as it wasn't relevant. I've tried to be supportive and get to know her better.

I think she really wants to be well, and a "good person." But it seems like she been slowly descending into a crisis: leaving her job, relapsing on amphetamines (Adderall), and lately, abusing a mutual friend of ours. On top of that, when that abusive dynamic came to a head, she lied to me to manipulate the situation — to discredit the victim, protect her reputation, and assert power in the victim's life. Luckily, I'd already double-checked the facts, in anticipation of just that kind of manipulation. Sadly, it's just like old times and very predictable.

Now I don't know what to do. Ghosting her, my first impulse if I'm honest, means uprooting myself from my spiritual community. It also means abandoning her at a time when she's clearly in crisis — and in the past, her crises have led to self-harm and suicide attempts. No matter what she's done, I don't want that for her. She even reached out to me recently but before things got quite so bad, and I was unavailable. I want to follow through. I feel like it's the right thing to do.

However, that means interacting with her. I have deliberately held back in my communication with her, but I think she knows I'm mad at her, and possibly that I know about her drug use, recent abuse of our friend, and other behavior that she probably doesn't want me to know about.

She's an emotionally volatile and very sensitive person, who seems to take everything very personally and through a very intensely filtered emotional lens, and I'm a fairly tactless "on the spectrum" gal.

Normally I would just explain the way I feel directly ("I care about you, and I feel angry because . . . ") but I can imagine no way of framing that where she would really hear me right now. However, she's running out of friends who know about her struggles yet don't just coddle her and normalize her bizarre and abusive behavior (and that is only one friend).

I'm worried about her. I'm also angry with her. I know she thinks I would judge her for many of the things she's doing and despite my best efforts, I do to some extent. I'm no saint.

So, are those really my only options?

Is there a way of communicating that might be good? An indirect way to be supportive? Something else entirely? Is abandoning someone in need really my only option here?

You are a compassionate person — to be able to continue caring for someone who has trampled boundaries and proven to be quite toxic in your life.

Here’s the thing — to be a good friend to her, you have to set boundaries and stick to them.

She sounds like the type of person who relies (perhaps unconsciously) on the kindness and empathy of others (like yourself) to enable her behavior. If everyone in her life set firm boundaries, her behavior wouldn’t work anymore.

Think of it in simple terms. If a kid throws a tantrum when they don’t get there way — and they will really go town with that tantrum — they are banking on the fact that, eventually, you will give in. Does that kid know any better? Maybe not. But that doesn’t make it okay to condone that sort of acting out.

Regardless of her mental health and/or addiction issues, her behavior is not acceptable. You can still show compassion for someone without letting them get away with toxic behavior.

Part of being compassionate is stating exactly what your boundaries are, exactly what behavior is unacceptable.

You mentioned that you are worried she might harm herself. And she might. Please know that is not your responsibility. If you are genuinely concerned that she is in immediate danger of hurting herself, you can contact a family member (and 911, although the police are my last resort here). Again, people who are acting out like that depend on you being afraid that they will harm themselves. I am not saying that to dismiss her mental health issues or diminish the seriousness of someone who is struggling with suicidal ideation.

But, you are not a doctor. There is only so much you can do.

You don’t need to remove yourself from your community to set boundaries with her. What you need to do is communicate with her as clearly as possible. I know you expressed concern about your bluntness. You can communicate directly and still be kind.

First, write down exactly what you want to say.

Be clear with yourself about what your boundaries are, how and to what capacity you can be there for her, if at all.

Once you’ve done that, practice saying it out loud. Think of how you would want someone to communicate with you.

You could try something along the lines of “I care about you. I believe you are a good person. But, I can’t be around you when you do x, y, and z. It makes me anxious and uncomfortable. You may not realize that you are hurting other people. I can’t have you in my life if you behave this way. That doesn’t mean I don’t care for you. I want you to get some professional help.”

That is not abandoning her. That is setting clear boundaries. If she wants to be in your life, she has to respect those. You don’t have to apologize or feel bad about your boundaries. I cannot reiterate this enough…

You don’t have control over her behavior or how she will react. But you do have control over your life and your boundaries. This is the only way people will change or be pushed to get help — when others break the dysfunctional dynamic.

The information within Ask Erin should in no way be interpreted as medical advice because I'm not a medical professional. But I am here to help — to share with you the wisdom I've gained after years of making mistakes. If you have a question for me about relationships, addiction, dating, friendship, depression, sex, consent, what I’m watching, what I’m reading, Rose Quartz, or anything at all, use the contact form below or email me at askerin@ravishly.com. As always, your anonymity is golden. Lastly, I’m so excited to share my Ask Erin Self-Care Guide, free when you sign up for my weekly newsletter. xoxo

If you like this article, please share it! Your clicks keep us alive!
Tags
Ask Erin
bad friends
friendship advice
toxic friend
boundaries