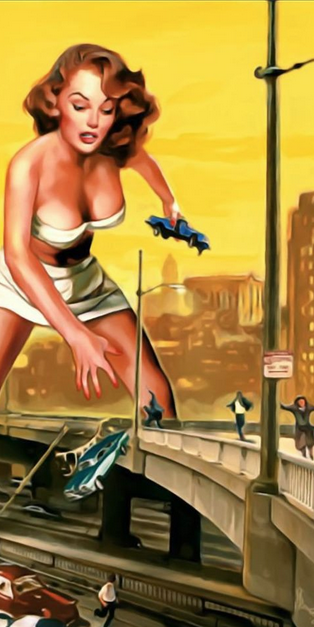 In a bawdy blur of decadence, dalliance, and decidedly dastardly damsels, Valérie Trierweiler – longtime lover of French President François Hollande – has had a mother-flippin' meltdown – destroying more than three million dollars worth of property at the Élysée Palace.

Why you ask? Because her man was creepin' behind her back with a hot young thang 18 years his junior – actress Julie Gayet to be exact.

While Trierweiler and Hollande have never been married, they've been living together for seven years with Trierweiler occupying the madame wing of the presidential residence at the Palace, and appearing alongside Hollande (the hot and bothered hound-dog) at myriad functions, acting as France's first lady. Oh, and they've had four children together and used to tout themselves as a paragon of non-marital familial bliss.

Turns out he's been boffin' the sweet starlet for about two years (!) behind her back. Ouch.

Trierweiler's flip-out comes hot on the heels of Hollande's (rather humiliating) public announcement about a week ago that he's ending his partnership with her. But rather than slipping quietly into the night, she went all Carrie Underwood on his ass, smashing a priceless Louis XVI vase and generally going ape-shit. But fret not, the love-burned Trierweiler says she's still willing to forgive, forget and cozy up with the Obamas in D.C. later this week alongside her beloved French frog – if he'll give up this not-so-new lover.

Hilariously, Hollande has historically been the most unpopular president in modern French history with a mere shred – 15% – of the nation's approval ... but following his tryst-bust with Gayet, ​his voter-approval ratings have skyrocketed 2 whole points.

We're all well aware that men in power seem to unfailingly philander – JFK, Weiner and the silver-tongued Clinton are three particularly juicy jerks – but why always the younger more tender meat? Turns out it could be less about wanting higher tighter tooshies and more about genetics. Men can't help it – as mere monkey mammals they're drawn to women at the height of their fertility ... hence Hollande's penchant for Gaynet.

And guess what? Gaynet might think Hollande is a silver fox, love a man in a dark suit (and astride a moped!) or maybe even finds his personality sparkling ... but other practicalities could be swaying her loins too. In this day and age, the modern women needs an emotional and fiscal peer. Older men not only have more time to devote to work (afterall they're not busy getting their career off the damn ground), they also have been around the proverbial block (they're ready to settle down and inseminate you!) and aren't that interested in chasing poon.

Unless they're François Hollande of course.