50 Shades of Yawn: The Surprisingly Boring Lives of the Ultra Kinky 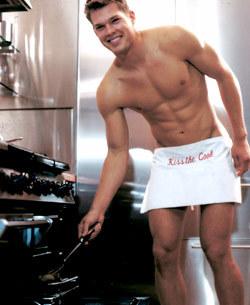 The grass is always sexier on the other side – especially if that side are the frolicking grounds for bouncing breast-ed exotic dancers and kinky folk brandishing their dildoes and 3-hour orgasms. There! There they are on the grassy knolls of secual bliss, satiating a new lover nightly with their tanline-less rock-hard bods.

Humans are naturally sexual beings. But some folks just choose to incorporate our inherent need for s.e.x in a manner that's a little – um – less vanilla than some of us naturally lean. We're talkin' hot fudge, caramel, peanuts, cherries, gummie bears, pop rocks, whipped cream – they're up to the works. (i.e. b*tches be kinky). But as you can imagine, when you want that much sh*t on your ice cream, it could be tricky finding a partner to share that spoon.

Was it unreasonable to assume that I didn’t need to be constantly projecting submissive vibes during a first date?

Anthropologist Katherine Frank would have given Molly Ren a big, fat, resounding, “NO." And here's why. Frank's book, “G-Strings and Sympathy: Strip Club Regulars and Male Desire,” was crafted after six years of her working as a stripper which managed to fund her entire grad school education. (Speaking of snoozy lives should be chock-full of sexiness – there's no way she could have had a social life juggling all that.) When the smoke cleared, she found that she pitied most of the male attendees.

But talking to the guys in the strip clubs, I realized that they were damaged by the sexist culture, too. They felt repellent, that their wives and girlfriends could never accept their desires and that they could never ask advice about sex because they were supposed to somehow know everything. These guys were struggling with how to deal with what they saw as women’s conflicting demands for both traditional masculine traits and more emotional presence. They were also confused by women’s desire to be called beautiful but not be objectified. – Katherine Frank.

No matter how kinky, adventurous and red-hot your desire may be – sex is always just a fraction of the human experience. As a job it becomes monotonous, and for fun? It's just that – fun. So the next you’re cursing the fact that your rabbit solo-time is far-exceeding a two- three- or five- party special (sinner!) with other lovers, just remember that everybody goes through dry spells.

Or, in the words of Molly Ren: “other kinksters make muffins, right?”