The Good, the Bad and the Ugly: Race-Themed Hashtags Remind Us the Fight Ain't Over 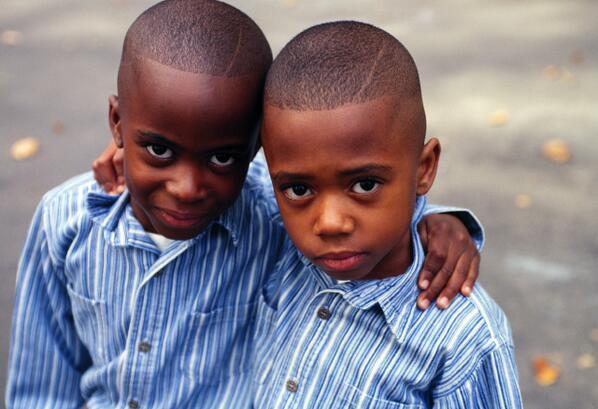 Be afraid, America. Be very afraid. Black youth are posing a serious threat to this great white nation by…playing violin, hugging it out, eating whipped cream and generally acting super-adorable.

An amazing new hashtag, #dangerousblackkids, has African-American parents linking to pics of their cute kids being impossibly cute, with boogey-man captions (e.g. two black kids in blue shirts with their arms around each other, with the words, “Officer: we got to keep an eye on these two. They’re wearing blue.”)

The hashtag adds new fire to the furor over the bogus it’s-ok-to-kill-a-black-teen-for-listening-to-loud-music Michael Dunn verdict, which also led to outrage via the more conventional #JordanDavis, #DunnTrial and #MichaelDunn hashtags.

Other recent race-themed hashtags speaking power to the truth include #JusticeforTrayvon and #NoJusticeNoPeace following the also-infuriating George Zimmerman trial. Outside these trials, awesome hashtags include the cheeky #RacismEndedWhen, a reaction to the GOP’s dim coverage of Rosa Parks.

In 2012, Twitter had to censure the hashtag #UnBoinJuif, or “good Jew,” an anti-Semitic site that posted concentration-camp photos and illustrations. And there have been cases of well-intentioned social media gone awry, as when the hashtag #blackparentsquotes got appropriated by white racists.

With 645,750,000 Twitter users (and 135,000 new tweet-ees signing up everyday) it's hard to deny its societal strength. As a reflection of the people who use it to concisely share their opinions, social media ultimately reflects broader views about race—which is to say, it can be good, bad and very very ugly.

For now, revel in #dangerousblackkids as a blissfully clever confrontation and poignant reminder of how f’ed the issue of race in America still remains.