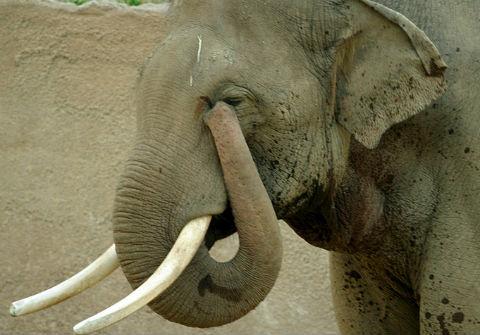 And here we thought treehouses were totally awesome and innocent! In the Washington city of Wenatchee, officials are threatening a court order against a man who built a treehouse for his two sons, because it hangs over a sidewalk and poses a public threat (something tells us Weantchee doesn't deal with a lot of legitimate public threats). On the bright side, the guy has been told he can take out an insurance policy on the treehouse...for $1 million.

You know whose not invited to our imaginary treehouse? The city of Wenatchee, that's who.

Elephant Tramples House, Then Redeems Himself With Adorable Baby Rescue

The bad news: an elephant has trampled through and smashed the home of a young family in West Bengal. The good news: after his rampage, he knelt down to save the family's crying baby by gently lifting her in his trunk, thereby going from villain to adorable hero. Go ahead, you know you want to say it: Ahhhhhh.

Shocker! New Reality TV Show Reveals All That is Wrong in the World

Rich A-holes say the darndest things! An obnoxious self-made multimillionaire has landed a reality TV show on the USA Network called Chrisley Knows Best (um, no he doesn't). On it, he brags about his $300,000 clothing budget and 30,000-square-foot home, then coaches his 16-year-old daughter in the art of beauty pageantry by telling her to stop modeling like she's at a strip joint. Yes, let's celebrate this guy while giving him more money. Good job, America!

The economy is back! How do we know? Because this year, the tooth fairy is banking a cool $3.50 a tooth. This is a full 44.6% higher than her take last year, according to a dental-insurance company poll, and her highest rate ever. We applaud the news, but must point out that this is still lower than the minimum wage. Labor Department, get to! (Check out a random infographic about this "news" here.)