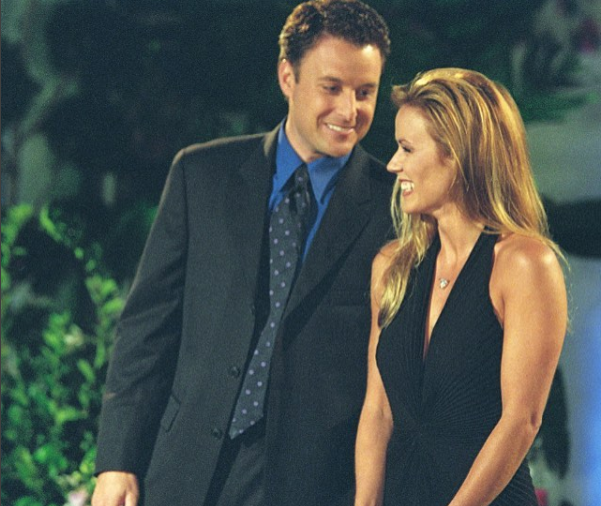 Up your followers past a certain number, and endorsement deals might suddenly seem a whole lot more lucrative than that old proletariat pastime of "love." (Image Credit: Instagram/@tristasutter)

My first encounter with the Bachelor franchise came during my sophomore year in college. It was the one year I spent in a sorority. (My “sisters” and I didn’t so much bond as we did peacefully coexist.)

But the weekly watching of Trista’s inaugural foray into finding love on national television was an exception. There in the sorority house living room, 20 or so of us gathered to ooh-aah-swoon over this embarrassment of male riches presented up to one lucky blonde with an enviable bod and bubbly personality.

I remember sitting on the couch (I want to say it was pale blue plush, but my memory is skittish on this) during the final episode. Ninety percent of the girls in that room were pulling for Ryan, hunky firefighter from Aspen, who Trista did, in fact, choose.

Full disclosure: I was actually hoping she picked runner-up reject Charlie. Did I tell anyone? I don’t remember. It’s possible I ventured to reveal this highly questionable preference. More likely, I kept it to myself and just cried silently on the inside as the polished boy/man of my dreams got sent home.

After that, I didn’t watch for several years. Frankly, I don’t recall watching much T.V. at all in college. Life went on, etc., etc.

Sometime in my mid-20s, a few friends and I got into a Monday girls’ night routine with The Bachelor/ette. How it began escapes me now. But devote ourselves to Chris Harrison’s festival of rose-strewn matchmaking we did, gathering in a variety of apartments and rental houses around Austin, sipping cheap wine and analyzing the physique/personality/emotional availability of various potential boyfriends and girlfriends.

And it occurred to me recently that, between then and now, man… the show has changed.

Remember Jillian’s season circa 2009? I know she and Ed didn’t work out, but you’ve gotta give them credit for being remarkably carefree about their shortcomings. They drank kind of a lot, no explanation or apologies. They had trouble in the bedroom on their first night together. Ed wore those short shorts a few seasons before such a look became enough of a thing that the majority of us “everyday Americans” could “get” it. 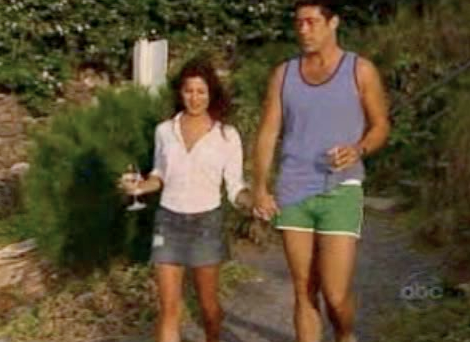 Jillian and Ed may not have been average in the looks department, but in terms of just about everything else, they seemed like a couple who could appreciate IRL problems.

Or how about Jillian-reject Jake’s season? My gosh, what a frolic in catastrophe. My girlfriends and I originally believed Jake was a true-blue Texas heartthrob, what with his tortured decision to come clean about no-good-intentions/not-here-for-the-right-reasons Wes. (We’ll get to Wes in a minute.)

And then, lo and behold, Jake turned out to be a world-class dud. At least, that’s how The Bachelor saw fit to edit him. (UnREAL has ensured I’ll never again believe my lying eyes when it comes to reality TV.)

Plus, Jake’s decision to propose to Vienna could only be explained by some kind of delusion of love, because WHY ELSE WOULD A SANE MAN PICK HER?

Jake and Vienna’s breakup fight on ABC’s follow-up special After the Rose is one for the history books. You could title its chapter: How Not to Publicly Go Off, 101.

From there, Ashley — spunky dentist who hesitated to pour her heart out to Jake (smart girl) — became the next bachelorette. And in a poignant rendition of history repeating, I once again watched my friends rejoice as she chose J.P. I’d been rooting for the other guy, Team Ben all the way. His angry stalk off the finale set remains one of the franchise’s top displays of honest disaffection and rejection.

Ben’s consolation prize was his own season as The Bachelor. Like Jake, he ultimately chose the most despised contestant, Courney Robertson, and naturally, the two didn’t work out. 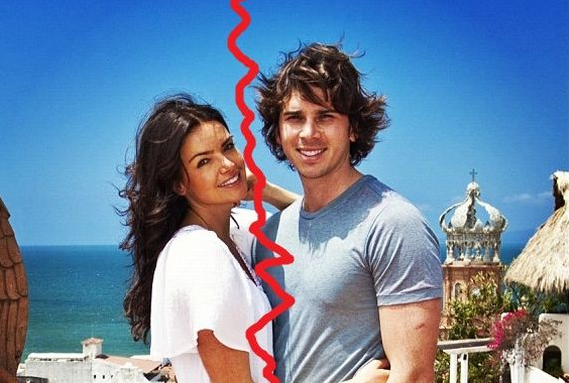 Ashley and J.P., on the other hand, are married with two children. That’s o for 2 on my coupling instincts for reality T.V., and I acknowledge predicting this show is clearly not in my wheelhouse.

Hey, did you know – while several seasons of The Bachelorette have resulted in lasting love, only one Bachelor season has ended in marriage (with the star’s original pick, that is. I’m looking at you Jason Mesnick).

That sole bachelor success was Sean, probably my favorite season, primarily because his eventual wife Catherine was such a hoot. Her nerdy version of innocence hit pretty close to home for this writer, but she was simultaneously charming AF and genuinely funny.

But Sean’s season ended back in 2013, and it seems like ever since then, the show has slowly but surely trucked it down the path of open cynicism, that creeping 2017 infection of too many spaces.

For explanation, look no further than Wes, the aspiring singer/songwriter who survived an unholy amount of rose ceremonies during Jillian’s season.

Wes was derided by fellow contestants and viewers alike for using The Bachelorette as a vehicle for his hoped-for future as a country music star.

Whether Jillian missed this or was cajoled into playing along for ratings remains unknown. One thing that was not up for debate? Wes, with his blatant disinterest in finding love, was a straight-up a-hole.

Today though, it seems the show has dropped even the pretense of love from its formula. I’ll never forget live-tweeting Nick’s season for a host of reasons. (Tweeter beware: it really detracts from the viewing experience.)

But the primary reason for my disillusionment was how ABC openly trolled its own contestants during the show.

That the official account of The Bachelor made a mockery of some of its supposedly earnest contestants marked an unmistakable shift in how the show conceived of itself. In terms of Nick Viall’s “journey of love,” Harrison and company weren’t even wink-wink, nod-nodding. They were coming right out, shouting it from the rooftop of their L.A. mansion to all of Bachelor Nation: “This show is totally staged, and we know it, and you know it, and we know you know it, and now you can know we know it too.”

As for that last tweet, Whitney had been on the show for several weeks. The producers had finally given her some brief air time, about .5 seconds before kicking her off. If that's not painful enough, The Bachelor's twitter handler decided to rub some public salt in the wound. UGH.

Chris Harrison also jumped into the meta-commentary on his own show's B.S.:

Give me the usual dozen "Drama" or "dramatic". At least 5 "controversial" as well https://t.co/qdCluXiVpf

Even I think that was dramatic!

And it hasn't really abated with Rachel's season.

Now look angry Bach fans: I love Rachel. She’s my favorite bachelorette evah. I think she’s genuine to the marrow. And I hope she finds a great husband, though I’ll be honest, the three remaining dudes are all on thin ice with me for various reasons.

But consider that casting for this “reality” show chose no less (and possibly more) than FOUR contestants who had previously been on different reality T.V. shows. Bryan was on some UPN show called The Player (I know… I. Know.). Whaboom sideshow Lucas and his faithful nemesis Blake had previously appeared TOGETHER on some show about horrible roommates or toxic relationships or something. And DeMario Jackson left no gullible heart still believing in a video where he begs Britney Spears to date him because he wants to be famous.

On top of that, contestant Kenny brought his own fame via his wrestling career. Finalist Peter is a former model.

I mean: that’s six dudes with highly dubious intentions, all of whom made it past the first several rose ceremony cuts.

Because the drama doesn’t end after the show wraps. Not if you play your cards right.

Social media now ensures that these Bach seekers of love will gain loads of Twitter, Instagram, and Facebook followers. Parlaying that “influencer” status into something truly “After the Final Rose” is undeniably a goal of even the most ardent of heart.

And it’s stripped the show of its beautiful, benign lie: that we could watch “regular” people navigate the perils and pitfalls of modern dating, that such a quest was enough in itself, and that a happy ending was desirable, but not necessarily a guarantee.

Just think about this factoid: during the show’s baby phase, more than one person rejected all the pretty offerings Chris Harrison doled up. Jen Schefft and Brad Womack both chose to walk away without any ring on anyone’s finger.

In today's world of online flogging, you’d be in for a social media whooping of the first order if Neil Lane's proffered rock went back to the store unworn.

Of course, there were always plenty of fame chasers willing to pretend feelings for a chance in the limelight. I mean, almost-celeb Charlie O'Connell was a bachelor. I get it.

But social media has made suspending disbelief simply impossible. I guess I'm maybe just nostalgic for an olden time when Hollywood was further away than an iPhone in a pocket. When being famous seemed ludicrous to imagine... so surely these 20 & 30-somethings showing up week in and week out to face (mostly) televised rejection were, at heart and in reality, living lives a lot like the exceedingly average one of yours truly.

The most any of us could want out of this life was love. And as true love is always whimsical, impossible in retrospect, delicate and unlikely, why not the possibility that this orchestrated loveliness narrated by Chris Harrison could yield it? Was it really less likely than meeting your soul mate in the grocery store, a FedEx, a no-name bar at midnight?

We're not in the early aughts anymore, though. When Trista met Ryan, Facebook didn't exist but for a handful of elite university students. Twitter wouldn't be a thing for another three years. Instagram, the baby of social media's trifecta, wouldn't come around for another seven years.

Love's not the highest aspiration anymore. Not for this data-driven, "Like" devoted Internet era. Up your followers past a certain number, and endorsement deals might suddenly seem a whole lot more lucrative than that old proletariat pastime of "love."

But you still make me sad, Bachelor. This unromantic era just makes me sad sometimes.

If you like this article, please share it! Your clicks keep us alive!
Tags
The Bachelor
The Bachelorette
Nostalgia
Love
reality tv