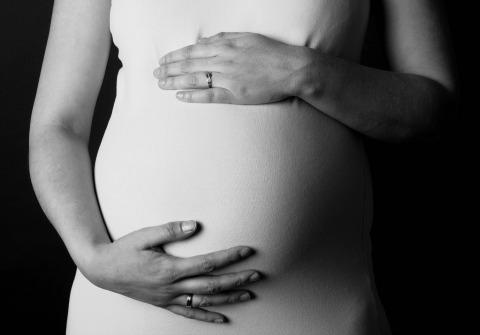 Oh female brain, you astound us in so many ways. From our (often) overly analytical leaps to our (usually) totally awesome instincts, our gray matter is capable of so more than we'll ever understand.

But overly active brains are not always good dear Ravishers—like in the case of false pregnancy (or pseudocyesis). Headlines erupted today when a Canadian father-to-be, expecting quintuplets, was shocked to find that his wife was having exactly zero babies. And yeah yeah, Southpark taught us a long taught ago to blame everything on Canada (can't you educate people on what pregnant women look like?!) but in the couple's—and country's defense—this particular woman showed all signs of pregnancy. From the giant preggo belly to straight up lactation, all signs suggested that she was with child (or children in this case).

Outside of Glee, you probably haven't heard much about this phenomenon, so it's time to get savvy: false pregnancy occurs at a rate of 1 to 6 for every 22,000 births.

The symptoms vary, but they include: weight gain, lactation, skipping periods, morning sickness, weight gain and a telltale swollen belly. Now, these can arise within weeks or even over a period of years. And while an ultrasound will solve the mystery instantly, the "hows" and "whys" behind this occurrence are still puzzling.

For the most part, it's agreed that false pregnancies happen to women jonesing hard for motherhood. Still, plenty of women have an "itchy uterus" or "baby fever" (as our lovely editors would say) but don't fall pray to pseudocyesis. So what gives?

No one knows for sure—especially since the study subject pool is so damn small—but we do have some educated guesses. Research shows that women who have suffered through this ordeal have ultra high levels of estrogen and prolactin (our lovely breastfeeding hormone) flooding their bodies. Add that to a Charlotte York level desire for babies, and you've got yourself one hot false pregnancy, complete with the agony of scream-inducing labor.

So, is that Canadian woman crazy? Nah, it's not her fault she's from Canada.

Image: Is it real? Courtesy of Tatiana Vdb, Flickr