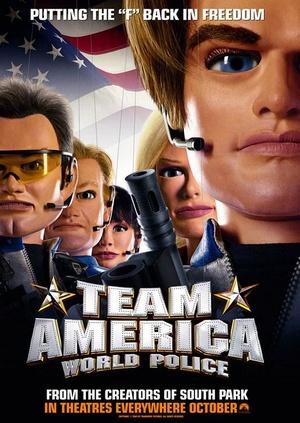 The bad news: Sarah Palin has another reality TV show in the pipeline. The worse news: the theme song sounds like something from Creed, if Creed's frontman was Toby Keith wrapped in an American flag on top of a pick-up truck.

The tune, for the Palin-hosted outdoor show Amazing America, will make you want to raise your lighter to the firework-filled sky. Or roll your eyes while defiantly eating a crepe, depending on how you feel about extreme patriotism.

In any case, it's earned a spot on our list of tunes celebrating this great nation that's absolutely perfect in every way. America!

The first clue that "Amazing America" is a jingoist's wet dream? It's performed by Madison Rising, which describes itself as "America's most patriotic rock band." The second clue? Lyrics such as "God gives the rights/We're American!" and "From the snowy paths to the desert sun/The dogs and the horses and our trucks and the guns." The third clue? The music video, replete with a gun range, copious chest thumping, "amazing America" repeated several times with lots of feelings, wrestling, stock car driving and bull racing. Testosterone! USA!

2. "Courtesy of the Red, White and Blue (the Angry American)"

On the heels of 9/11, ticked-off Americans rallied around this tune's rah-rah lyrics, including the charming "'Cuz we'll put a boot in your ass/ It's the American way." As a bonus, it also served as the unofficial anthem for the boots-in-asses action of the Iraq War. Naturally, the video features lots of soldiers and an American flag guitar.

Question: can you differentiate this Team America song from the others on our list?