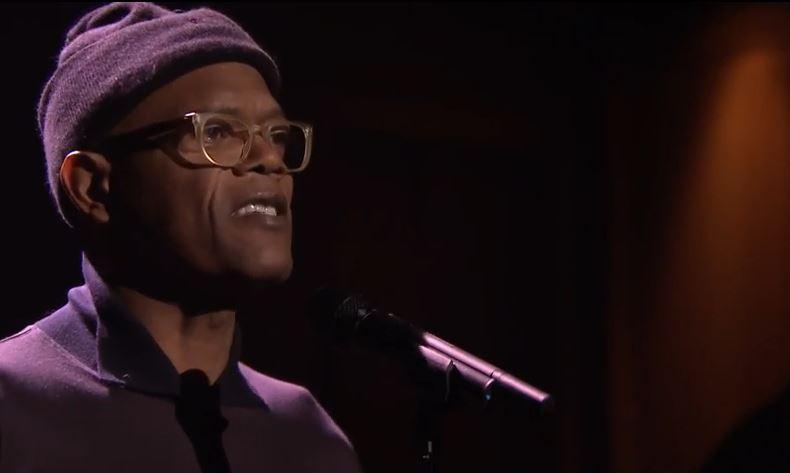 Is any entertainer today more shameless about tapping into millennial nostalgia than Jimmy Fallon? The new Tonight Show host has crafted viral sensations focused on such '80s and '90s staples as Saved by the Bell, The Fresh Prince of Bel-Air, Full House and a particularly awesome R. Kelly jam.

Now, Fallon is at it again with this Late Night video featuring Samuel L. Jackson performing a moody slam poem about Boy Meets World—and it may be his most pandering attempt to go viral yet. Look, Jackson talked about Topanga! I loved Topanaga! Look, he mentioned Feeny! Remember Feeny?

On some level, I feel like taking a stand against this calculated ploy to drive up hits. "Me and my generation are not that easy!" I want to cry. "You can't just do something involving a show I used to watch, and expect me to watch and share it!" But let's be real: I clicked this video, and now I'm sharing it. Because Fallon is pretty damn good at also making the nostalgic content funny, because he gets amazing stars to help him, because he is an authentic product of this generation, and because, well...I really do love Topanga and Feeny.

Watch below, my fellow millennials. You know you want to.