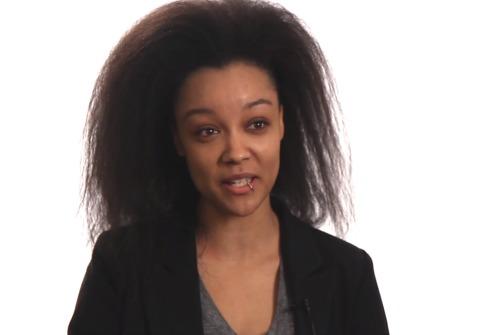 This video, "Things Bisexual People are Tired of Hearing," has been trending on the Interwebs for a few weeks now. In case you missed it, it basically showcases beautiful people discussing their sexuality and the bizarre criticism they attract simply for being true to themselves. The commentary is good, but a bigger question looms awkwardly in the air.

Sexuality never ceases to be a hot topic—especially amongst bi folks. Given the ubiquitous sexualization of girl-on-girl smooches, it's not surprising that people often feign an interest in both genders to garner some good 'ol fashioned attention. Eh, who cares right? I've certainly done a few uber-sexual/now embarrassing things for attention (like wear thigh high stockings and heels to school), so I'm not one to judge. Actually, I'm going to go ahead and say, most people don't have room to judge.

Furthermore, most people who claim to be bi are telling the truth! Certain social stigmas prevent many a lover from exploring this path, but there are plenty of people who speculate—yes, even scientists!—that everyone is a little bit bi...ya know, the whole "spectrum" thing? Anyways, last time I checked it's the 21st century; do we really need a group of pretty people to convince us that their feelings—and sexual proclivities—are real?!

Check out this video to see how not to offend the little bitty "B" in LGBTQ. (Hint: a lot of it involves believing the words coming out of their mouths.)

If you like this article, please share it! Your clicks keep us alive!
Tags
bisexuality
Love
Sex
Relationships
LGBTQ
marriage
viral video
trending
buzzfeed
why do we care
live and let live
love is love
threesomes
misconceptions