Is It Ever OK To Date An Ex's Friend? (What If You're Head Over Heels And They're The One?!) 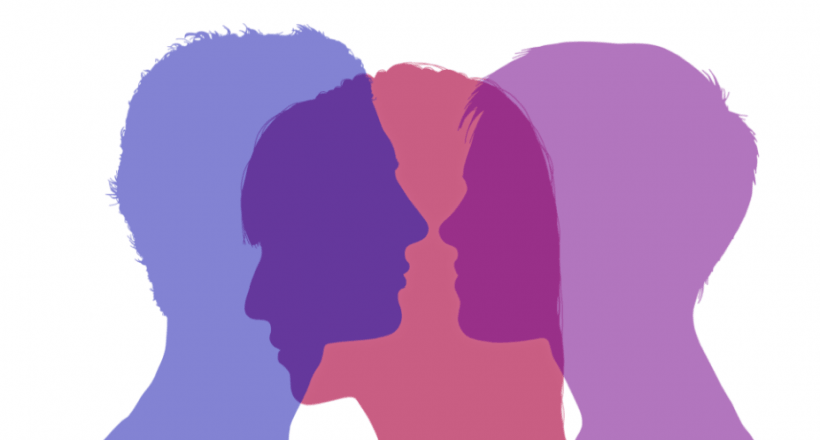 Is it ever okay to date an ex's friend?

Girl code mandates that you never date your ex's friend. As the wise (or, at the very least, not that dumb) Gretchen Wieners famously said à la Mean Girls, "that's just, like, the rules of feminism!"

Well yeah, but it's more like the code of friendship. I mean, we've heard the charming phrases like "bros before hos" and "chicks over dicks" so frequently that the notion is ingrained into our minds: Don't date your ex's buddy and don't date your friend's ex.

Then again, sometimes love just happens. Without rhyme, reason, logic and common sense, we often find ourselves inexplicably attracted to someone. And these feelings can be rare. And, more importantly, genuine. So, let's say you fall for you ex's friend. Hard. Are you really supposed to deny that?

It's complicated. Unless you're a terrible person, you probably don't want to trample your ex's heart in the process of nurturing your new flame. Said ex probably likes people who share similar qualities (mountain biking! whiskey and horror films!) and you guys have probably all pal-ed around together for months, maybe even years; it makes sense that you might be attracted to ex's friend. The question is whether you can act on that sweet sound of "click."

First and foremost, let's make sure you have good intentions.

Sometimes people date the ex's friend as a form of retaliation. It may not even be conscious. Maybe you know you're a total catch. You're the smartest, funniest and best dressed at the office—everyone is mad crushing on you. Except, of course, that stinking jerk who dumped you. Why can't s/he see how amazing you are? Everyone else does! Gee whiz, that hottie friend of your ex seems to notice . . .
. . . you get it. This is not—repeat, not—a good reason to pursue le friend.

On the flip side, some folks go after the former flame's friend to stay close to the ex. Also nicht so good. The truth will come out eventually, even if you think you're hiding it. And, guess what, your new squeeze—who just might be a nice person!—will be crushed. As noted journalist Mary Schmich once said, "don't be reckless with other people's hearts." There's no need to punch an innocent bystander in their tender bits because you've gotten burned or are pining for someone else.

So take your ex out of the equation entirely. Do you still have feelings for this foxy friend?

If the chemistry is explosive and undeniable, it may be worth the risk. Seek out the friend and express your feelings. Hey, it might not even be mutual! (Because you're fabulous and amazing, it probably is though.)

Also important to assess: who broke up with who? If you were the one who took out the garbage, you might want to go about this is a very. careful. manner so as not to induce window breaking from your ex. If you were the one who got dumped however, we think you have a little more leverage in pursuing your ex's pal; after all s/he didn't want you anymore, right?

For all you know, your ex just wasn't that into it and might be stoked to see you move on to someone who's better suited for you. Then again, it might be a shitstorm. Accusations and tears may flow as freely as the alcohol that you're likely consuming.

Also important? Don't self loathe, wallow or spiral into misery, that's not gonna make anyone's pain go away and it sure as hell isn't going to pave a smooth foundation for your new love-fest. It's a mess to be sure, but that's different than being a horrible person

We don’t own people; we just share our time with them . . . people are not possessions. I don’t care if it’s a casual acquaintance, I don’t care if it’s your best friend in the whole world, and I don’t care who broke up with whom. If I break up with someone — and I have broken up and been broken up with a lot — I have no problem with any of my friends dating my ex, falling in love with her and even marrying her. A great relationship, and great chemistry between two people, can be rare to come by. —AskMen.com

The forbidden fruit always looks juicy and delicious (insert Eden pun here) but not all that glitters is gold. The lover in question might not be worth causing a rift in your friendship. True friendship and true love are both elusive the key is trying to get them both! (With no blood on your wedding dress.)