Amy Schumer's Hilarious Sex Horror Story: We Can So Relate 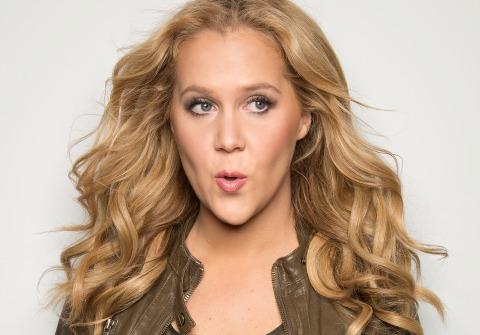 Raunchy comedian Amy Schumer recently shared her sexcapade from hell at Gloria Awards and Gala and, not surprisingly, it hit close to home for anyone who's endured an awkward moment in the sack (which is to say, all people ever).

Here's the lowdown: Schumer had been jonesing hard for a fellow classmate in college, and one fateful morning, her prayers to Samantha Jones were answered when he came over. The problem? He was drunk (at 8 a.m., mind you) and pretty much sucked at the whole orgasm thing...proving yet again that—no matter what Disney would have us believe—our pedestalized crushes often fail to meet our expectations.

He smelled like skunk microwaved with cheeseburgers, which I planned on finding and eating in the bathroom, as soon as he was asleep. We tried kissing. His 9 a.m. shadow was scratching my face—I knew it'd look like I had fruit-punch mouth for days after. His alcohol-swollen mouth—I felt like I was being tongued by someone who had just been given Novocain.

I felt faceless, and nameless. I was just a warm body, and I was freezing cold. His fingers poked inside me like they had lost their keys in there. And then came the sex, and I use that word very loosely. His penis was so soft, it felt like one of those de-stress things that slips from your hand. So he was pushing aggressively into my thigh, and during this failed penetration, I looked around the room to try and distract myself or God willing, disassociate . . . He started to go down on me. That's ambitious, I think. Is it still considered getting head if the guy falls asleep every three seconds and moves his tongue like an elderly person eating their last oatmeal?

I feel like Fantine and Cosette and every fucking sad French woman from Les Miz . . . I sigh, I hear my own heartbreak, I fight back my own tears, and then I notice a change in the music. Is this just a bagpipe solo? I shake him awake. 'Matt, what is this? The Braveheart soundtrack? Can you put something else on, please?' He wakes up grumpily, falls to the floor, and crawls. I look at his exposed butt crack, a dark, unkempt abyss that I was falling into. I felt paralyzed. His asshole is a canyon, and this was my 127 Hours. I might chew my arm off.

Yikes. And we thought our college sexcapades were weird!

Then again, Schumer's experience may have suffered from unrealistic expectations. As New York Times writer Matteson Perry points out:

So thank you, Amy, for reminding us that we need to keep our fantasies in check. Your vivid tale of sex horror and soul-crushing disappointment resonates because we have all been there.

Also, we may never look at oatmeal the same way again.