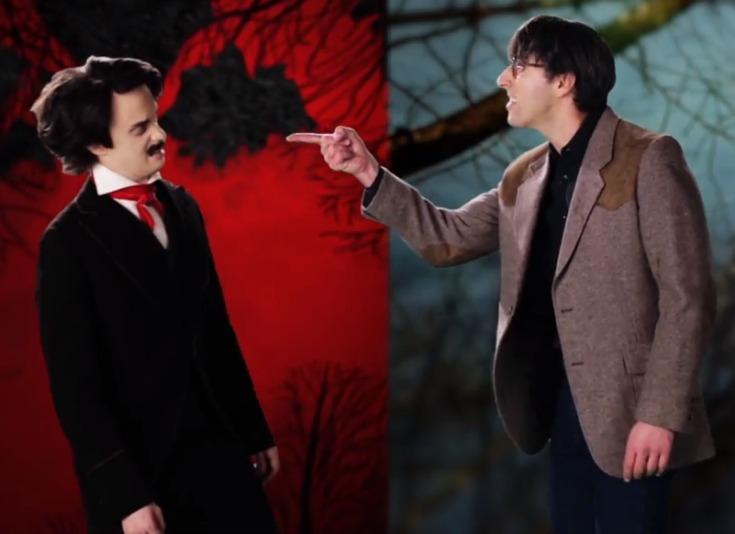 Even if you were born, like, 30 minutes ago (kudos on working the Internet, baby), you've heard of both Stephen King and Edgar Allen Poe. Their writing is so prolific and influential that pop culture prevents anyone from ever forgetting the ominious raven's cry "nevermore" or the bloodthirsty rage of social reject Carrie.

What if—now really think about this—the two were forced to face each other in the ultimate writer's rap battle? Who would have the best burns? The tightest beats? The sickest slams? Is it totally obvious I know nothing about critiquing rap battles?

In any case, this video is nothing short of amazing. Not only is the acting hilarious, but the words themselves are accurate. Except, of course, the part when King says that "The Masque of Red Death" wasn't scary—liar. Oh, and the song is catchy. Super catchy. "I'm a workaholic with a fiction addiction?" Preach it, gentlemen!

Best of all: the creators want viewers to choose the winner! Watch and vote for yourself . . . then lament the sad fact that this will never happen in real life.