Quote of the Day: Creationist Darek Isaacs Says, "If Evolution is True . . . is Rape Wrong?" 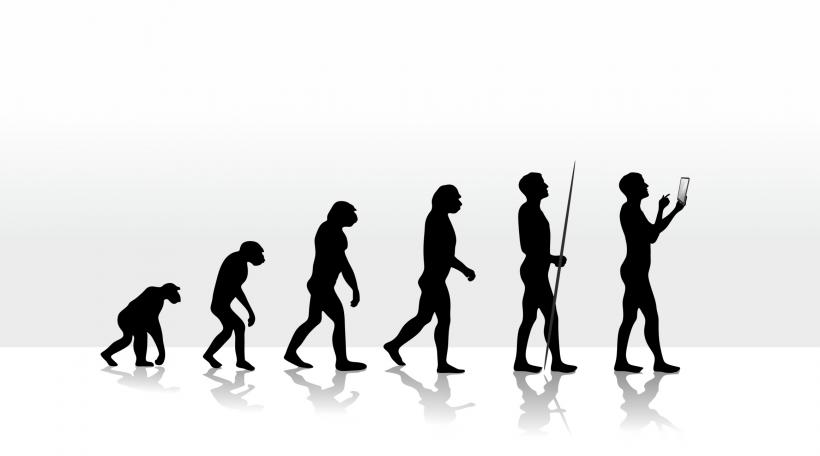 Ya'll remember Charles Darwin's theory of evolution, right? The story goes that our species began as teensy organisms and have transmuted over millions of years into the smartphone-obsessed beasts we are today. We were never monkeys, but we do share a common ancestor on our planet's family tree. Alright. Moving on.

Some dislike the notion of evolution and seek to tear it down in various ways. Creationist Darek Isaacs has, apparently, just become leader of this questionable camp. When discussing evolution on a Creationist centered show—known on YouTube as creationtoday—Isaacs lamented about the "dark places" he visited in the depths of his own shallow-scoped mind. Oh, and then he dropped this nasty gem:

Well, if evolution is true, and it’s just all about the male propagating their DNA, we had to ask hard questions, like, well, is rape wrong?

Before you go and picket his home, let it be known that Isaacs wasn't instructing science-y folks to throw their iPads across the room and clamor off to find their own victim. He argued that evolution was solely about survival of the fittest. Therefore, rape—for Isaacs—could be viewed an instinctual desire to spread seed—genes. Isaacs was disturbed by his own twisted realization.

Let's all back up the hell up for a second

Many intelligent minds now argue that science and religion don't have to be mutually exclusive. Author Dusty Wunderlich put it quite nicely:

Any debate putting science versus religious or philosophical thought is nothing but an exercise in vanity. This is not an either/or issue, it should be about utilizing all forms of knowledge and disciplines to seek ultimate truth.

While we're all for debate and mind-stretching activities that question our origins and what the hell it's all about, we're gonna go ahead and say the propagation of Isaac's "rape as evolution" theory is generally nauseating and dangerously erroneous. Just because you disagree with the prevailing theories on the human species doesn't mean you can justify sexual violence. Just sayin' is all.