I’ll Take the Groom and the Best Man: The Surprising Truth About Shagging Wedding Guests 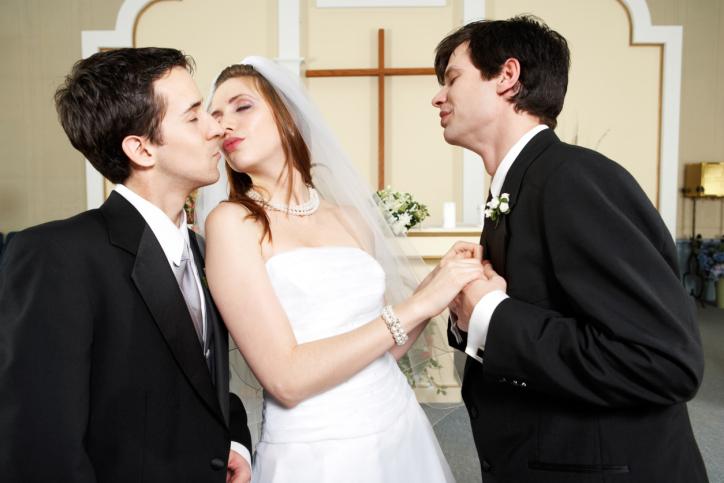 Every little girl dreams about her wedding day, right? Indeed, there’s nothing quite like committing to your beloved in front of your family, friends  . . . and former lovers.

Wait, what? You better ditch that white dress girl, because 60% of newlyweds have shagged at least two of their wedding guests, according to a new study. Sure, some people invite exes to their wedding—what better way to say, “haha, I won” than marrying someone else—but the study revealed more than that. Turns out, 32% of these naughty newlyweds are keeping their former fling a secret. In fact, 12% actually asked another guest to make sure the new spouse didn't find out.

Ouch. We’re all for having fun until you’re tied down, but keeping a secret is pretty sketchy. Not that it’s relevant whatsoever, but roughly 50% of marriages end in divorce. Also interesting: dishonesty is one of the biggest reasons for a split.

You know what doesn’t cause divorce? Owning up to your past and being open with your partner.

On the hilarious side, we have a new drinking game for weddings. Show up early and sit in the last row with your flask in hand. Take a drink every time you see a guest that either newlywed has banged. The more promiscuous, the less likely you’ll have to participate in communion.

Image: Bad Great-Aunt Elsa! You were supposed to distract him! Courtesy of, ThinkStock