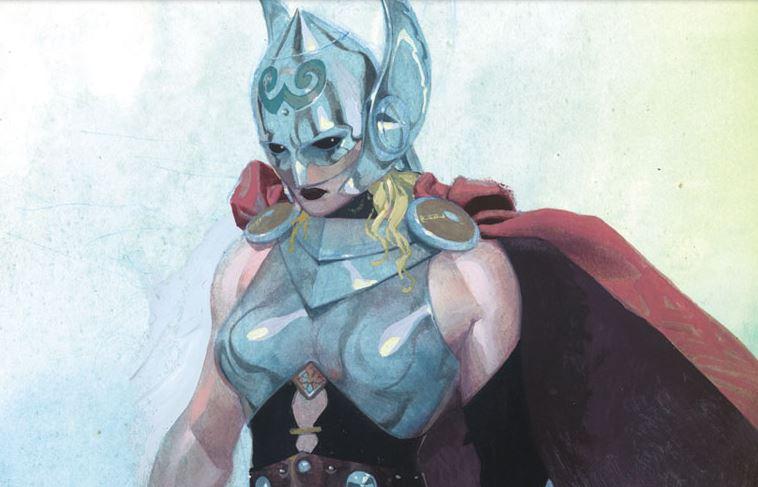 As a comic book nerd who also happens to be a woman, I've long lamented the lack of estrogen in the ass-kicking world of superheroes. Sure, there are some cool women in comic books and their blockbuster film adaptations, from X-Men's Mystique and Storm to The Avengers' Black Widow. But these depictions are few and far between, especially when compared to the veritable onslaught of A-list male superheroes (Superman, Batman, Spider-Man, Iron Man, etc. etc.)

Moreover, even when female superheroes do get depicted, they are often presented as screw-loose crazies who mostly stand in the way of men saving the universe as such.

But . . .  there may be hope just yet. Marvel just announced—on the female-centric talk fest The View, no less—that it will be debuting a female Thor this fall. That's right: A woman will be taking the mantle of the mighty intergalactic hammer.

And while it would be easy to dismiss this as a publicity stunt, the comic book's writer, illustrator and editor have made it clear they're committed to crafting a fully realized female version of the massively popular superhero. This Thor, when she takes the hammer, will assume all powers of her male predecessor, kicking equal amounts of bad-guy ass.

Here's a quote from Marvel editor Will Moss:

The inscription on Thor’s hammer reads ‘Whosoever holds this hammer, if HE be worthy, shall possess the power of Thor.’ Well it’s time to update that inscription.

Now, the question is . . . will this new Thor get her own blockbuster film, thereby marking the first credible headlining female superhero . . . well, ever? (And no, Angelina Jolie as Lara Croft doesn't count and neither does Halle Berry's minx-ing about in that dreck they shamelessly called Catwoman.) And will a woman pen the script and direct said film?

If/when that day comes, it will be a triumph for feminist comic book nerds the world over. Because we deserve a ridiculous, intergalactic, hammer-wielding alien peace-keeper on the silver screen, too, damnit.

If you like this article, please share it! Your clicks keep us alive!
Tags
Marvel
thor
female
woman
comic books
sexism
X-Men
avengers