What Can Ellis Island Teach Us About Today's Immigration Crisis 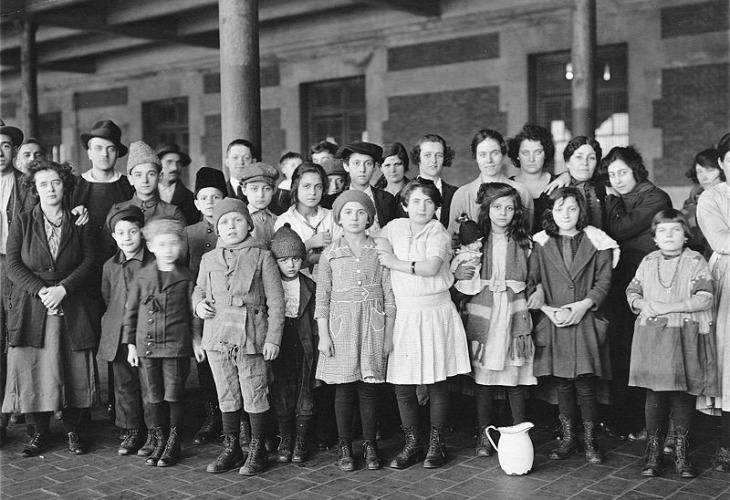 Among the hot topics in politics right now—and there are a’plenty—a prime issue is the kerfuffle along our southern border. Throngs of unaccompanied minors are arriving on U.S. soil with clear eyes, full hearts . . . though they very well may lose. A flurry of political commentators have been issuing dramatic statements about this influx—from dubbing these children "invaders" to warning of dangers they pose as rapists and vestibules of diseases like Ebola and measles. (Important side note: Ebola has never been found outside Africa, and the top countries sending the unaccompanied minors have higher measles vaccination rates than the U.S.)

For its part, the National Review trotted out Ellis Island as an example of our forebears rightfully turning downtrodden children back to whatever hell hole they came from. But it appears this claim is greatly exaggerated (I hope you were sitting down). Ellis Island historian Barry Moreno reveals the role this most famous of processing centers played in actually helping many unaccompanied minors to take refuge in the United States.

Plenty of  immigration alarmists existed in the 19th and 20th centuries as well—some critics similarly painted immigrants as disease-ridden job stealers with an eye toward destroying the American way of life. Even so, Congress saw fit in their benevolence to pass the Immigration Act of 1907. The act did instruct that unaccompanied children under 16 couldn’t enter the country through the normal process, but it also created a system in which special inquiries evaluated each case.

Specific figures are impossible to discern at this point, but it's clear that of the thousands of unaccompanied children who arrived to Ellis Island without family or connections in America, a great number of these children were ultimately naturalized into the U.S. through this hearings process. Local religious and secular aid groups, as well as private citizens, would frequently offer to take guardianship of the children—many of whom traveled from Ellis Island, then through the mainland on so-called "orphan trains" to rural areas where their patrons had made arrangements for them.

Officials at the detention facility also made efforts to better the environment for all of these arriving children, including the construction of a playground and school room, female supervisors who would play games and sing with the waiting minors, and a radio for the youths to listen to (double bonus for exposure to English).

And of course, these naturalized children grew up to work tough jobs, start new businesses and have families of their own that became integrated into the country’s fabric. Good to know the nation didn’t explode into oblivion.

While Ellis Island no doubt had its share of problems, there are some clear lessons from that episode that are applicable to our current conundrum. Fair hearings to assess the cases of each child, non-profits (or possibly the government itself) finding willing patrons for children without arrangements, and the creation of pleasant detention spaces for the no-doubt fearful children all sound like good places to start.

If you like this article, please share it! Your clicks keep us alive!
Tags
Immigration
border
minors
Children
crisis
Ellis Island
disease
hearings