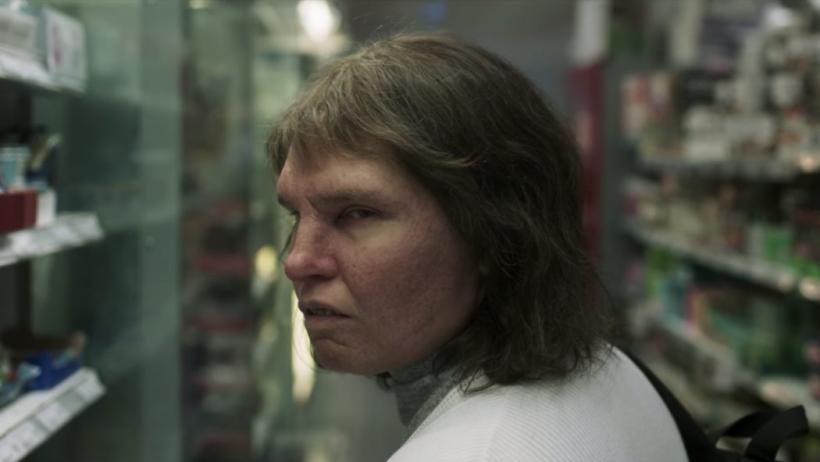 Have I mentioned I have a voracious appetite for horror movies? Any era, any genre but I do have a soft spot for cannibals and monsters. So, when I saw that the director of "Let the Right One In" was releasing "Border," a new film described as a “troll love story,” my body was ready.

I was expecting to be swept up in an evocative, spooky love story (and I was). I was not, however, expecting to totally and utterly relate to the main character – a chubby lady we later come to realize is a troll named Tina – and her journey of awakening into her troll power.

The film follows Tina, a border patrol agent with a highly attuned sense of smell. She can pick up the scent of human emotions, like shame and fear, and this helps her find people who are crossing the border into Sweden with contraband. She doesn’t look like the other people in her world, and throughout the movie we see Tina receiving stares from strangers wherever she goes and being called “ugly.”

Tina lives with what TLC would describe as a “scrub” named Roland. He goes to a lot of dog shows, watches a lot of TV and occasionally gets drunk and tries to sleep with Tina.

She ultimately meets a man named Vore who looks similar to her. She’s immediately curious about him, but also expresses trepidation that she pretty quickly overcomes. Before long he’s living in her guest house, they’re uncovering uncanny similarities in their bodies, and then they begin a sexual relationship.

Vore slowly unveils to her that she is a troll, and begins to unravel the mythology of her ugliness. In my favorite scene Tina says:

“When I was a kid I thought I was special. Then I grew up and realized I was just a human with a chromosome flaw.”

He replies, “There’s no flaw in you.”

They get naked and run around playfully and joyously in nature and swim in the lake near Tina’s home. The sex scene that ensued was cinematically ground-breaking and meaningful for me – portraying two large-bodied people covered in body hair boning in the woods. During the sex scene we learn that Tina has been taught that her genitals are deformed, but in fact they work perfectly with her new lover.

Their relationship becomes complex when Vore reveals that he hates all humans because of their history of experimenting on, torturing and killing trolls. The news that she isn’t human after all upturns her whole world. We find out Tina’s father knew that she wasn’t human, and kept it a secret from her. We also find out she had a troll name, Reva, that her human surrogates took from her and that she reclaims. She’s angry that her father let her believe she was just a failure of a human rather than telling her that she was magical. So, she ends their relationship. She wants to turn to Vore to be her new family, but she finds out he’s intentionally harming human babies. Reva feels torn because she has allegiance to the human world. She ultimately has to choose between turning Vore in or denying the duality of her existence — a troll who has only known the human world and doesn’t see humans as universal enemies.

The story held so many similarities to my own journey of awakening into fat liberation. I was taught that I was a failed thin person, rather than being taught that I was a thriving fat person. I was taught that everything that was magical about me – my jiggle, my physical strength — was a flaw. I was assimilated into a thin world, and I feel deeply torn by people who want me to pick sides and accept that all thin people are horrible. And just as Reva reclaims her name – and in so doing chooses and claims her troll-ness — I also reclaimed the word “fat”  – and in so doing accepted who I was and claimed my body as my own.

Border ultimately reminded me of what happens when we meet someone who reflects our power back to us — for Reva it was Vore and for me it was a bunch of fat activists  — and our lives are forever changed.

If you like this article, please share it! Your clicks keep us alive!
Tags
take the cake
Virgie Tovar
fatphobia
fat acceptance
Ali Abbassi
border